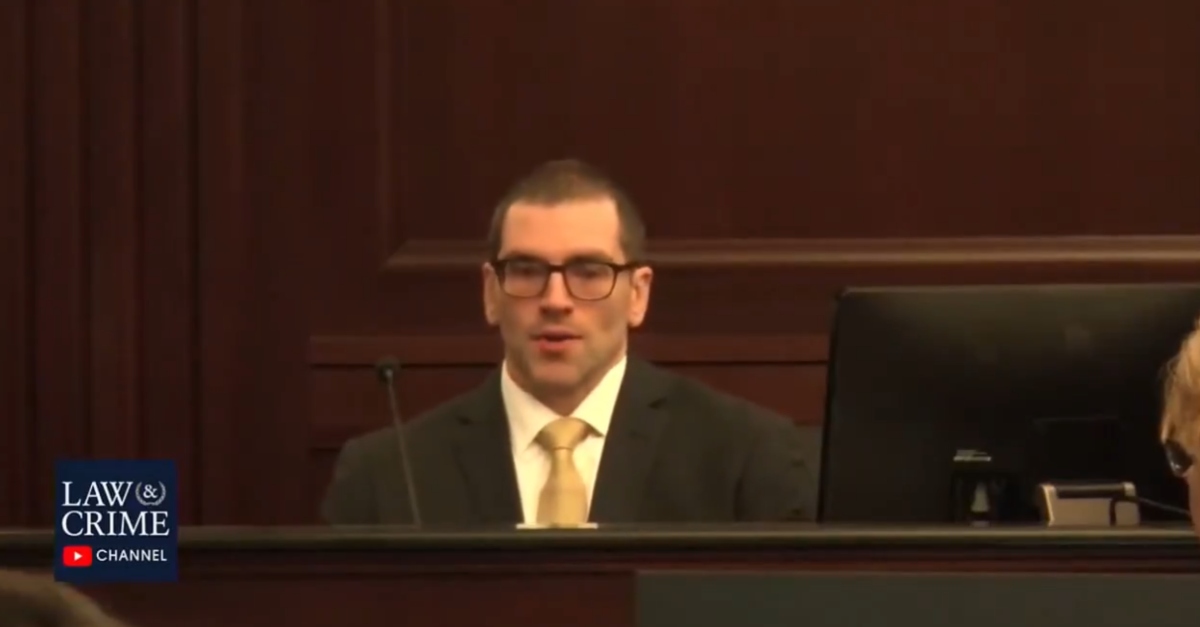 A Florida man convicted of murder after burying a vulnerable couple alive for their money has been spared the death penalty, after a jury issued him a life sentence on Thursday under the Sunshine State’s heightened standard for execution.

Alan Lyndell Wade, 35, is one of the four people who murdered a vulnerable Florida couple for their money. A 11-1 majority of jurors who initially heard his case believed that he should pay for his crimes with his life, but that was not enough under a Florida Supreme Court ruling requiring unanimity. (The state’s high court later walked back that requirement, but the new non-unanimous standard does not have retroactive application.)

As previously reported, Wade, the mastermind Michael James Jackson, 40, Tiffany Cole, 40, and Bruce Nixon, 35, attacked Carol and James “Reggie” Sumner, both 61, at the couple’s home in 2005. The quartet bound them in duct tape, forced them into the trunk of the couple’s Lincoln Town Car, and took them to southern Georgia, where the four convinced them to give up the pin number of their bank card and then buried them anyway. Nixon testified against his co-defendants in exchange for 45 years in prison.

Jackson was supposed to get his penalty phase redone with Wade, but his defense team successfully filed to sever the cases after Wade started crying in court.

Prosecutors in the new penalty phase called the murders “shocking evil acts,” and “cold, calculated” murders. They highlighted the couple’s precarious physical state: Carol suffered from liver cancer, while Reggie was a severe diabetic and had recently fractured an ankle, requiring a brace, cane and wheelchair to get around. He was unable to use the restroom properly, so he had to use adult diapers. There was still a medical bracelet attached to his wrist. But he was sharp mentally, and he was conscious during the hours long process. Carol and Reggie, who went to high school together and had reunited as a couple four decades later, hugged each other in the trunk of the vehicle in their final hours.

The state emphasized that premeditation for murder can be formed in an instant, but the four defendants planned this for at least five to six days. Two days before the murder, they drove to a remote place in Georgia with four shovels and dug a grave that was four to six feet deep in the woods during the nighttime. They continued to plan and prepare over the next two days, taking advantage of Cole knowing the couple, and of the couple’s frail physical state. The defendants rushed in while possessing a toy gun, and while Wade had duct tape. They collected Reggie’s bank information and files, social security information, and put the couple in the car trunk.

The defense said mitigation is never a defense or justification for murder, but it is to choose between sentences of life or death. They said Wade experienced childhood trauma: a babysitter sexually abused him, his father ran out of his life, his mother was diagnosed with breast cancer when he was 13 and she later kicked him out of the home when he was 15. He struggled in school, repeating the 6th grade twice. He did not get into the U.S. Army because he failed a drug test. These events contributed to Alan as a person when the crime occurred, the defense argued. Wade, who was 18 when the murders took place, needed a parent, but what he got instead was a career criminal in Michael James Jackson.

“Nothing I say here today is meant to justify, excuse, or defend my cowardly crimes,” Wade said in court. “Reggie and Carol, if there’s a window, or a connection to the afterlife, or some sort of cosmic consciousness, then I know you can see tremendous regret and shame in my heart.”

“I should have helped instead of hurt you.” Defendant speaks to the couple he murdered.

The jury is deliberating the fate of Alan Wade. Life v. Death. LISTEN to Wade speaking to the jury yesterday. #CoupleBuriedAlive pic.twitter.com/sSajbMCTSP

“Everyday I’m tormented by my cruel and careless actions against you,” he said. “I should have helped instead of hurt you. I’m forever sorry for my senseless, unprovoked, undeserved actions against you. It’s the most passionate regret and the biggest mistake for my life. I am also sorry for the pain and loss I’ve caused the Sumner family and friends. I’m sorry for the dishonor and disrespect I’ve shown to both their families and my own. And to both these families, my apologies are without end.”