‘All of Us Were Really Uncomfortable’: Juror Reveals Panel Put Off by Amber Heard’s Eye Contact, Thought She Was the ‘Aggressor’ 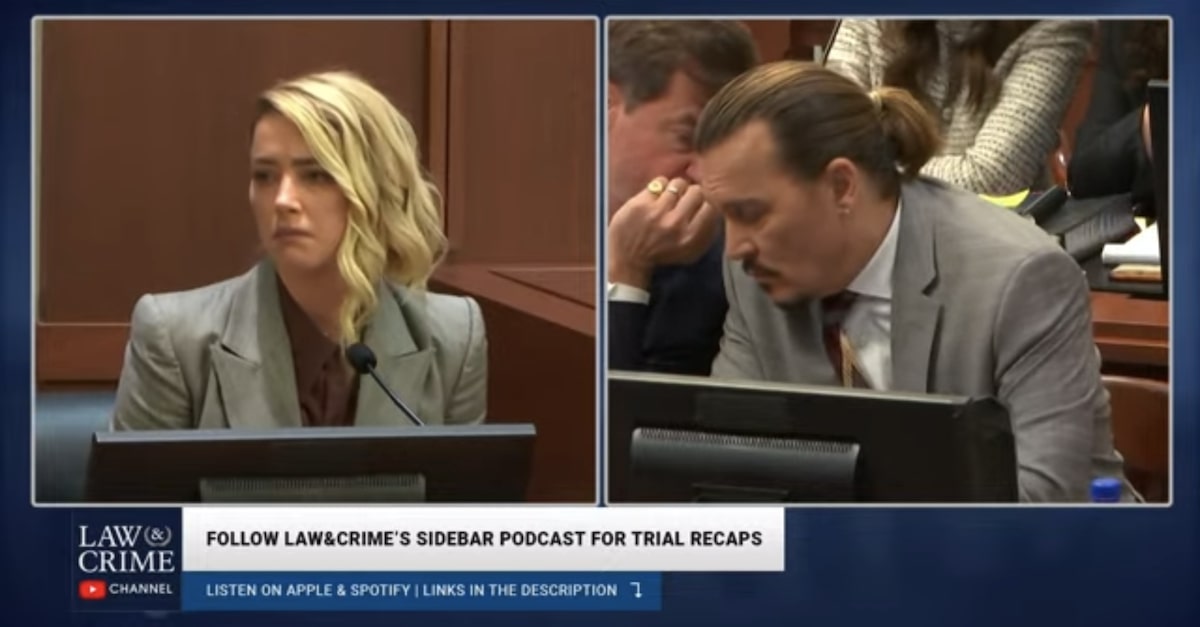 Johnny Depp won his defamation case in part because Amber Heard put off the jury with her “uncomfortable” eye contact with the panel throughout her testimony, an anonymous male juror revealed in an interview with ABC News.

The juror, whose responses were recited—but not seen or heard—by the network, picked apart Heard’s mannerisms on the witness stand, the “crying, the facial expressions that she had, the staring at the jury.”

“All of us were very uncomfortable,” the juror said. “She would answer one question, and she would be crying. And two seconds later, she would turn ice cold[…] Some of us used the expression ‘crocodile tears.'”

Both Depp and Heard testified in their dueling defamation cases, presenting starkly different demeanors to the jury. Heard spent much of her testimony fighting back tears, but Depp’s attorney Camille Vasquez told jurors Heard didn’t, in fact, produce many on the witness stand.

After nearly every question of Heard’s cross-examination by Vasquez, the Aquaman actress would turn her head to the jury and answer to them.

Depp notably kept his head pointed downward at a monitor, never making eye contact with his ex-wife. Vasquez claimed this was because Depp promised her in a recorded conversation years earlier that they would never lay eyes on each other again. The jurors found Depp’s testimony much more even-keeled, according to the interview.

“A lot of the jury that that what he was saying, at the end of the day, was more believable,” the juror said. “He just seemed a little more real in terms of how he was responding to the questions. His emotional state was very stable throughout.”

The litigation began after Depp sued over a Washington Post editorial under Heard’s name in December 2018, which depicted herself as a “public figure representing domestic abuse.” The op-ed did not name Depp but alluded to Heard’s filing for a restraining order two years earlier, after which, she said, she felt the “culture’s wrath.” Depp claimed that he was the one who was abused, and most of the jurors believed that, according to the interview.

“The majority of the jury felt she was more the aggressor,” the juror said.

Finding that the op-ed defamed Depp by implication, the jury awarded him $10.35 million.

The editorial in question was largely ghostwritten by attorneys for the American Civil Liberties Union, to whom Heard pledged $3.5 million of her $7 million divorce settlement with Depp.

According to the juror, the fact that Heard never paid the full amount “was a fiasco for her.” Heard went on a U.K. talk show that she gave her settlement away, half to the ACLU and the other to the Children’s Hospital Los Angeles.

“The video shows her there telling the host that she gave all that money away,” the juror said. “And the terms that she used in that video clip were, ‘I gave it away,’ ‘I donated it,’ ‘It’s gone,” but the fact is, she didn’t give much of it away at all.”

Evidence showed that she actually paid a small amount to either charity, largely through donations by wealthy men on her behalf. Heard claimed that she fully intended to pay the full amount, until Depp sued her. Depp’s attorneys noted that she received the settlement well before their litigation.

The jurors largely accepted that statements by Depp’s lawyer Adam Waldman characterizing her claims as a “hoax” weren’t defamatory, but they did hold Depp liable for one of Waldman’s statements suggesting Heard’s friends were in on it. They awarded her $2 million on that claim.

Though overwhelmingly in Depp’s favor, the mixed verdict confused some. The juror said that he believed “they were both abusive toward each other.”

Heard and her attorneys have blamed the verdict on Depp’s lopsided support on social media, but the juror responded: “We followed the evidence.” He said at least two of them weren’t on Twitter or Facebook and asserted that the others made a point not to talk about it.