‘You Opened the Door to Hell’: Ghislaine Maxwell Survivors Speak Out in Just-Released Victim Impact Statements Before Sentencing 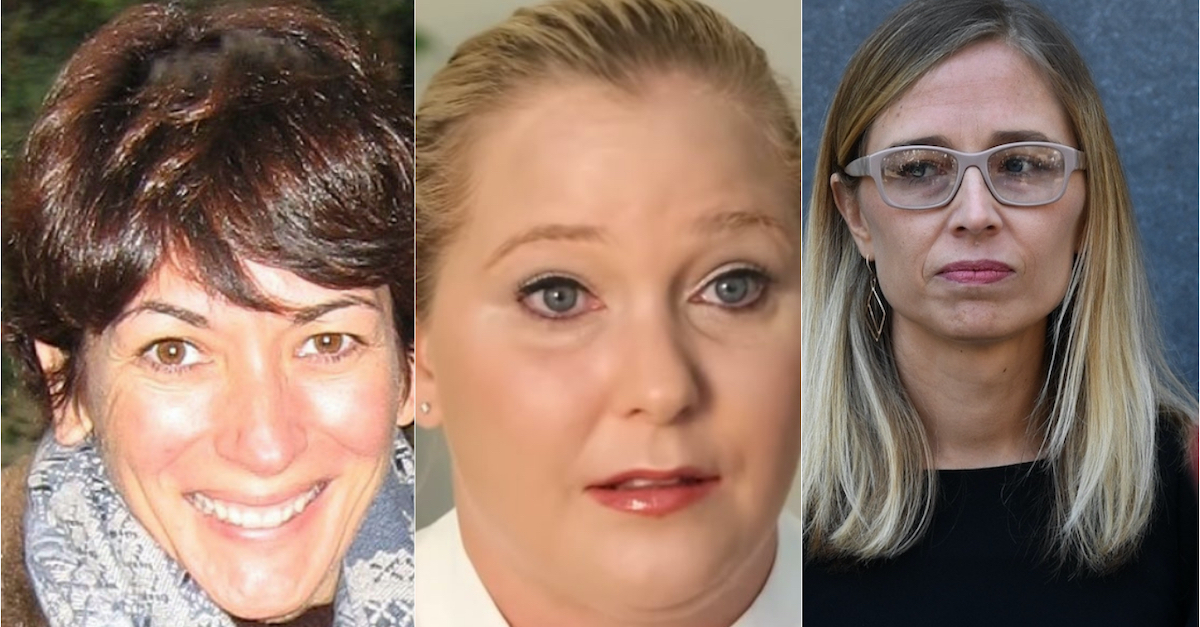 One of the most vocal survivors of Jeffrey Epstein and Ghislaine Maxwell’s sex trafficking operation never had the chance to take the stand at the latter’s trial, but in a written statement released Friday, Virginia Giuffre spoke to the soon-to-be-sentenced Brit directly.

“Ghislaine, twenty-two years ago, in the summer of 2000, you spotted me at the Mar-a-Lago Hotel in Florida, and you made a choice,” Giuffre wrote in a letter. “You chose to follow me and procure me for Jeffrey Epstein. Just hours later, you and he abused me together for the first time. Together, you damaged me physically, mentally, sexually, and emotionally. Together, you did unthinkable things that still have a corrosive impact on me to this day.”

That Maxwell met Giuffre at former President Donald Trump’s Palm Beach club Mar-a-Lago has long been known, and it was indeed the subject of testimony at Maxwell’s trials. Four victims took the stand against Maxwell, three of them under pseudonyms.

Giuffre was not one of the women called, but her shadow loomed heavily over the trial.

Juan Alessi, who was Epstein’s former house manager between 1990 and 2002, recalled his impressions of Giuffre at that club.

“She looked young,” the now-71-year-old Alessi testified. “She had blonde hair, and she had a long white uniform, like a nurse’s uniform.”

Maxwell has claimed that she is being targeted as a stand-in for the crimes of the now-deceased Epstein, who died behind bars before his trial, but Giuffre made clear: Maxwell was indispensable to his cycle of abuse.

“I want to be clear about one thing: without question, Jeffrey Epstein was a terrible pedophile,” Giuffre wrote. “But I never would have met Jeffrey Epstein if not for you. For me, and for so many others, you opened the door to hell. And then, Ghislaine, like a wolf in sheep’s clothing, you used your femininity to betray us, and you led us all through it.”

Annie Farmer, who testified that Maxwell touched her chest during a topless massage, echoed those sentiments in her statement.

“A young person on the path of pursuing her dreams was pulled in by Maxwell, was abused and exploited, and then had to try to piece together a life in the aftermath of this trauma that left them feeling distrustful and fearful,” Farmer wrote. “Most of these individuals had families who were also negatively impacted as they witnessed and felt the systemic effects of their loved one’s losses and struggles.”

Prosecutors want Maxwell to bear the full weight of the federal sentencing guidelines, between 30 and 55 years imprisonment, when she is sentenced on Tuesday. The government argues that Maxwell has shown no remorse. She frequently casts herself as the victim of a media-fueled rush to judgment, a Department of Justice seeking a scapegoat for bungling the Epstein case, and Bureau of Prisons holding her in brutal conditions.

“Once arrested, Maxwell faced another choice,” she said. “She could admit her participation in this scheme, acknowledge the harm caused or even provide information that could have helped hold others accountable. Instead, she again chose to lie about her behavior, causing additional harm to all of those she victimized.”

“Kate,” a model and actress who testified under a pseudonym, said that she began writing her statement on Mother’s Day because, she said, having a daughter gave her the courage to go public.

“Testifying in this trial was both terrifying and retraumatizing,” she wrote. “I do not, however, regret it for one moment. There is nothing more important than protecting the innocent and, if I was able to provide, in any way, information helpful to understanding the nature of this type of abuse, as perpetrated by Ghislaine Maxwell, then my pain has had meaning and therefore not been for naught.”

Maxwell’s defense team redacted some of the statements, claiming some of them should not be admitted. Prosecutors oppose their redactions. U.S. Circuit Judge Alison Nathan, who is still presiding over the case since being promoted to the Second Circuit, will decide upon whether the remaining letters will be made public.

Maxwell’s sentencing is scheduled to take place at 11 a.m. Eastern Time on Tuesday.