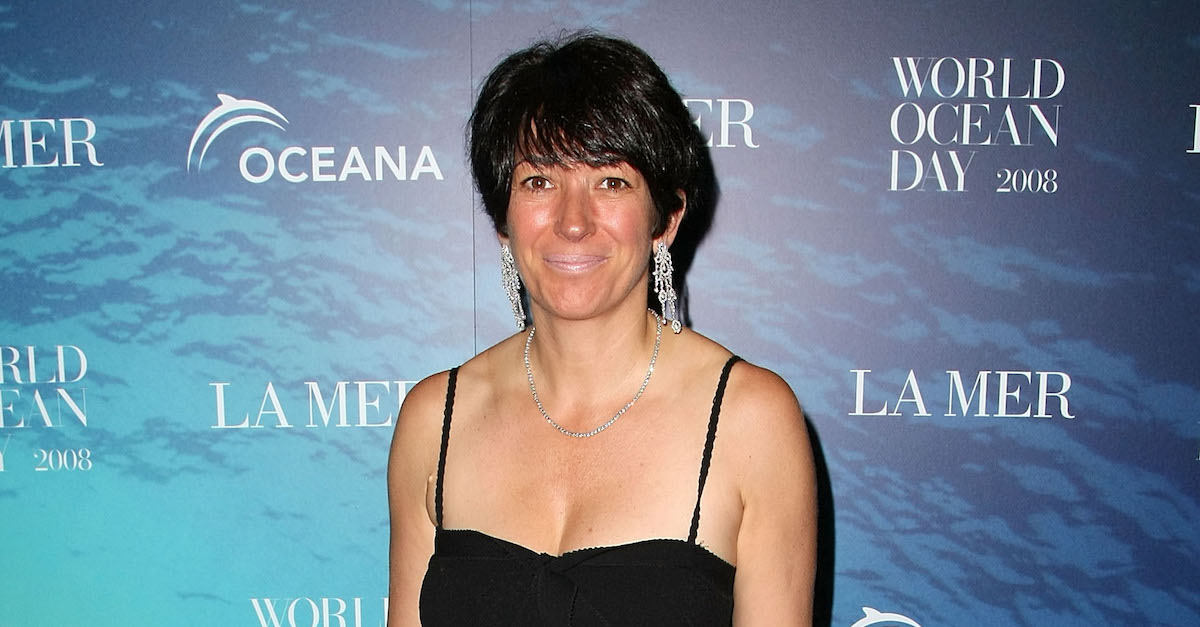 A Colorado law firm that represented convicted sex trafficker and onetime politically connected socialite Ghislaine Maxwell is suing their former high-profile client and some of her family members for nearly $1 million in allegedly unpaid legal fees.

According to The Denver Post, which obtained a copy of the 18-page complaint, the firm was promised but never paid over $878,000 dollars owed to them after the defendant was arrested in July 2020.

The firm contends that Kevin Maxwell was placed in charge of monetary arrangements, including paying criminal defense fees, by his sister after she was indicted and taken into federal custody.

During the course of that representation, the firm alleges, Kevin Maxwell failed to pay the compounding legal bills up to and during her trial in a downtown Manhattan federal court. Additionally, according to the complaint, as Ghislaine Maxwell remained incarcerated in a federal prison in nearby Brooklyn, her brother insisted the law firm continue working on her appeals – which they did, at least for awhile.

The complaint obtained by the Post says Kevin Maxwell “would coordinate the financial aspects of her defense, including paying HMF’s attorneys’ fees and also costs advanced by the firm.”

Two HMF attorneys, Laura Menninger and Jeffrey Pagliuca, represented the woman who helped facilitate Jeffrey Epstein’s decades-long sex trafficking empire, during her criminal trial. The law firm had previously represented her in Epstein-related civil matters prior to her criminal charges and the legal relationship flowed from there. The Denver-based firm continued to represent Ghislaine Maxwell well through her sentencing in June of this year. She is also represented by attorneys Bobbi Sternheim and Christian Everdell, both of whom practice law out of offices in New York City.

“Ms. Maxwell’s willingness and ability to meet her financial obligations,” became an issue in early August 2020, the lawsuit alleges, and HMF told Kevin Maxwell they “could no longer represent” his sister.

Two days after receiving that notification, however, Kevin Maxwell reached an agreement with the firm saying that “he would personally guarantee and agree to maintain a $100,000 balance in the firm’s client trust account at all times,” the filing goes on to say.

That retainer became exhausted by November 2020, according to the law firm. And by early 2021, their client owed nearly $150,000. Again, the complaint says, the defendant’s brother stepped in.

“To keep HMF from withdrawing, Mr. Maxwell made a handful of sporadic payments,” the complaint says. “Despite his promises, however, he never brought Ms. Maxwell’s account current, let alone refreshed the evergreen retainer.”

“In light of Mr. Maxwell’s past failure to honor his commitments, HMF required a trial retainer of $1 million to cover anticipated fees and costs,” the lawsuit continues on, alleging that a HMF shareholder advised the defendant’s brother the month before her trial that the law firm “could not continue working on the case.”

Ghislaine Maxwell’s criminal trial occurred in December 2021. She was convicted near the end of that month on five of six federal charges including, most significantly, a sex trafficking allegation.

When repeatedly pressed to pay, Kevin Maxwell eventually allegedly pinned the blame on his sister’s husband. According to the lawsuit, the brother claimed Borgerson “controlled Ms. Maxwell’s money and was responsible for delaying payments to the firm.”

The complaint further alleges that Borgerson is attempting to shield his wife’s assets from creditors through the use of a real estate-focused LLC.

Law&Crime reached out to the HMF attorneys involved in the complaint as well as Maxwell’s current attorneys for comment on this story but no responses were immediately forthcoming at the time of publication.