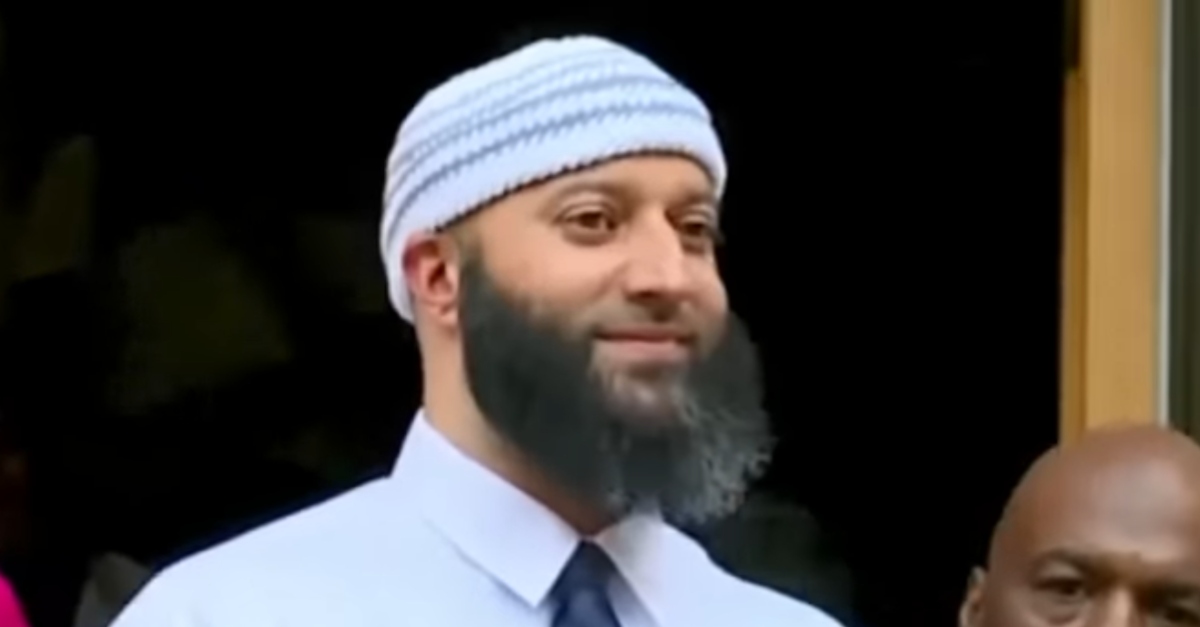 Prosecutors have formally dropped their case against Adnan Syed, 41, for allegedly killing his classmate and ex-girlfriend Hae Min Lee. The Baltimore City State’s Attorney Office — the institution that won a conviction against him at his 2000 retrial — now says they exonerated him of the crime by working with the public defender’s office in getting Lee’s clothes and other evidence tested for “touch DNA.”

That testing excluded Syed from a DNA mixture from Lee’s shoes, they said.

“Mr. Syed and his defense are now able to initiate the proceedings for compensation under Maryland law,” prosecutors said in a news release. “The first round of DNA testing on certain pieces of clothing did not yield any usable results. The results of the second round of testing was received by the State’s Attorney’s Office on Friday which included touch DNA samples from the victim’s skirt, pantyhose, shoes and jacket – items that have never been tested before – and revealed a mixture of four individuals DNA on the victim’s shoes. Today, after a nearly yearlong investigation reviewing the facts of this case, and the discovery of new evidence supporting alternative suspects, in tandem with the new DNA evidence, the State’s Attorney’s office has determined that Adnan Syed was not involved in the death of Hae Min Lee.”

It is unclear where on the shoes the DNA was found and whether it was mixed with a fluid, such as blood.

“We can’t discuss any case details because this is still an open and pending investigation,” a spokesperson for the state’s attorney’s office told Law&Crime.

Lee, 18, had been strangled to death and buried in Baltimore’s Leakin Park in February 1999.

Syed was then 17. He has long insisted that he is innocent, and the podcast Serial revealed the existence of an alleged alibi witness who had been willing to testify for the defense. The 2014 podcast also raised questions about Syed’s defense attorney, M. Cristina Gutierrez, who had not contacted the potential witness. Gutierrez was disbarred in 2001 following complaints from other clients over her representation of them and allegations of missing trust account funds. She died in 2004.

It’s back to the proverbial square one for Lee’s family. Her brother Young Lee filed last month with the Maryland Court of Special Appeals to see the conviction reinstated.

“Hae Min Lee’s family learned through media accounts this morning that the Baltimore City State’s Attorney’s Office dismissed the charges against Adnan Syed,” Young Lee’s attorney Steve Kelly said in a statement obtained by Baltimore Banner reporter Dylan Segelbaum. “The family received no notice and their attorney was offered no opportunity to be present at the proceeding. By rushing to dismiss the criminal charges, the State’s Attorney’s Office sought to silence Hae Min Lee’s family to prevent the family and the public from understanding why the State so abruptly changed its position of more than 20 years. All this family ever wanted was answers and a voice. Today’s actions robbed them of both.”

Statement from Steve Kelly, an attorney for Young Lee, Hae Min Lee’s brother, on the decision from the @BaltimoreSAO to drop the charges against Adnan Syed. pic.twitter.com/DRiiw5BaVM

In a press conference Tuesday, Baltimore City State’s Attorney Marilyn Mosby said the office received notice of the DNA results on Friday. She said she personally reached out to the family attorney to tell the family of the DNA findings and her decision to dismiss the case. She asserted her office tried to wait before releasing anything publicly but had not heard anything back from that attorney.

In vacating the conviction last month, a Circuit Court judge gave prosecutors 30 days to seek a retrial. The state’s decision on Tuesday to file a nolle prosequi — a formal abandonment of the case — brings that period to a close.

“Finally, Adnan Syed is able to live as a free man,” Syed’s attorney Erica Suter said in a press release from the Maryland Office of the Public Defender. “The DNA results confirmed what we have already known and what underlies all of the current proceedings: that Adnan is innocent and lost 23 years of his life serving time for a crime he did not commit.”

She acknowledged that Young Lee’s filing is pending.

“While the proceedings are not completely over, this is an important step for Adnan, who has been on house arrest since the motion to vacate was first granted last month,” Suter said. “He still needs some time to process everything that has happened and we ask that you provide him and his family with that space.”