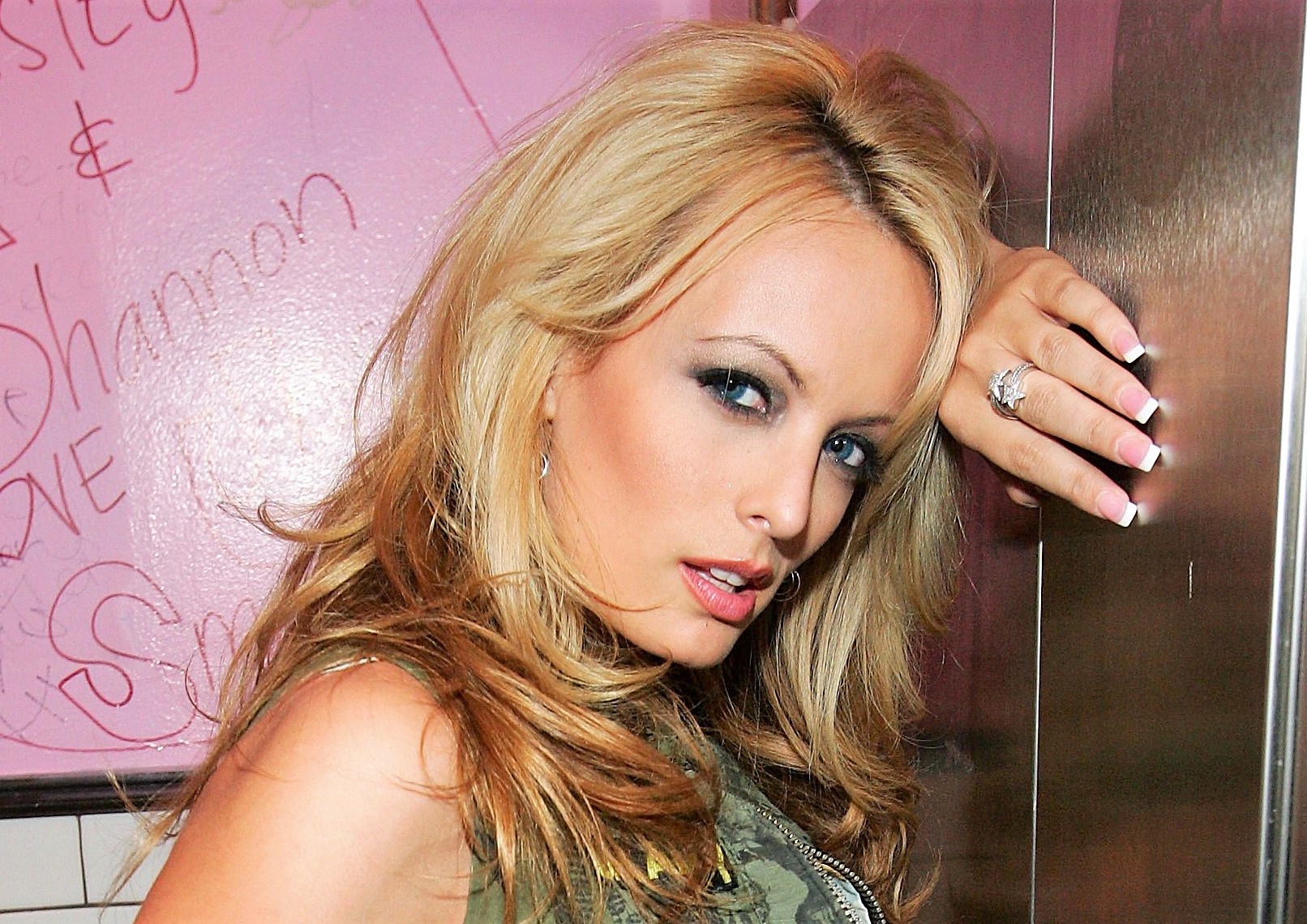 The lawsuit Daniels filed against Trump on Tuesday surrounds a nondisclosure agreement purportedly directed by Trump, through his attorney and a shell corporation, toward Daniels. The lawsuit and the attached documents, including the purported, secret nondisclosure agreement itself, entered the public record when Daniels’ attorney on filed it in Los Angeles County Superior Court in California. The lawsuit and the attachments appear to detail a series of agreements between Trump and Daniels, one of which is an Assignment of Copyright.

Under federal copyright law, an author automatically retains the copyright to any work at the point that work is “fixed” in a “tangible medium.” That means anything that is recorded, written down, photographed, or put into a computer is owned by the person who created it the minute it was “fixed” or recorded. (If you’re paid by an employer, your employer owns what you create while you’re on the clock.)

An author can transfer copyright to works he or she owns. Doing so only requires one signature. The owner of a copyrighted work has exclusive rights to do with the property as he or she wishes, with a few narrow exceptions.

Daniels Transferred Her Copyrights to Trump.

The Stormy Daniels/Donald Trump lawsuit states that Daniels sold to Trump the copyright to various pieces of intellectual property, including “certain still images and/or text messages which were authored by or relate to” Trump. That insinuates some dirty pictures and messages may have existed at one point, though the court documents also contain a massive, catch-all laundry list of other possible pieces of intellectual property Daniels sold to Trump (just to avoid anything from slipping through the cracks). Depending on one’s interpretation of the documents, the copyright assignments appear to include both past and future copyrights. That means Trump owns anything pertaining to him that Daniels already had in her possession, already created, or might create in the future.

The documents contain further promises by Daniels not to participate in books, memoirs, broadcasts, or the like, and they could be interpreted to be a blanket promise by Daniels not to try to sell her story. The court documents state that Daniels agreed to fork over any money to Trump that she earns from dishing about Trump, and that’s independent from the $1 million liquidated damages clause for each breach. In other words, Trump could obtain both profits and damages.

Not surprisingly, according to the lawsuit documents, one of Trump’s grievances was that Daniels had indeed tried to “disclose, disseminate and/or commercially exploit” intellectual property regarding Trump. Trump’s attorneys were particularly careful about forcing Daniels to agree not to disseminate anything to the media. However, if she did, the copyright transfer agreement appears to insure that he, not she, would own any rights she would have had to the product. Therefore, under the Copyright Act, he, not she, would be entitled to the profits.

In selling the rights, Daniels also promised to delete anything that remained in her possession and to turn over any hard copies to Trump’s attorney. Neither Daniels nor her attorney were allowed to hold onto anything pertaining to Trump. The selling of rights from Daniels to Trump included both U.S. and worldwide copyrights.

We don’t know precisely how broad the copyright assignments were. A so-called “Assignment & Transfer of Copyright / Exhibit B,” which was referenced in the original purported master agreement between Trump and Daniels, was not included in Tuesday’s court filing.

Still, based on what we do know, it is possible, hypothetically, for Stormy Daniels to win her case invalidating the nondisclosure agreement. That would free her up to talk or write about the alleged affair she had with Trump. The catch is that the copyright transfer presumably gives Trump ownership over anything she might try to produce or sell. Her tell-all book? He owns it. Her made-for-R-rated-TV movie about whatever did or didn’t happen? He owns that, too. Her X-rated porn shoot reenacting the encounter? Property of Trump. Her stage performances at strip clubs? Yup. You got it. The President of the United States may have made history by being the first high-ranking politician to own the rights to a strip tease, a pole dance, or a lap dance, because live event performances are copyrightable, too.