Trump Admin Files Lawsuit Claiming Walmart Illegally Fueled Opioid Crisis: ‘Too Many Lives Have Been Lost Because of Oversight Failures’ 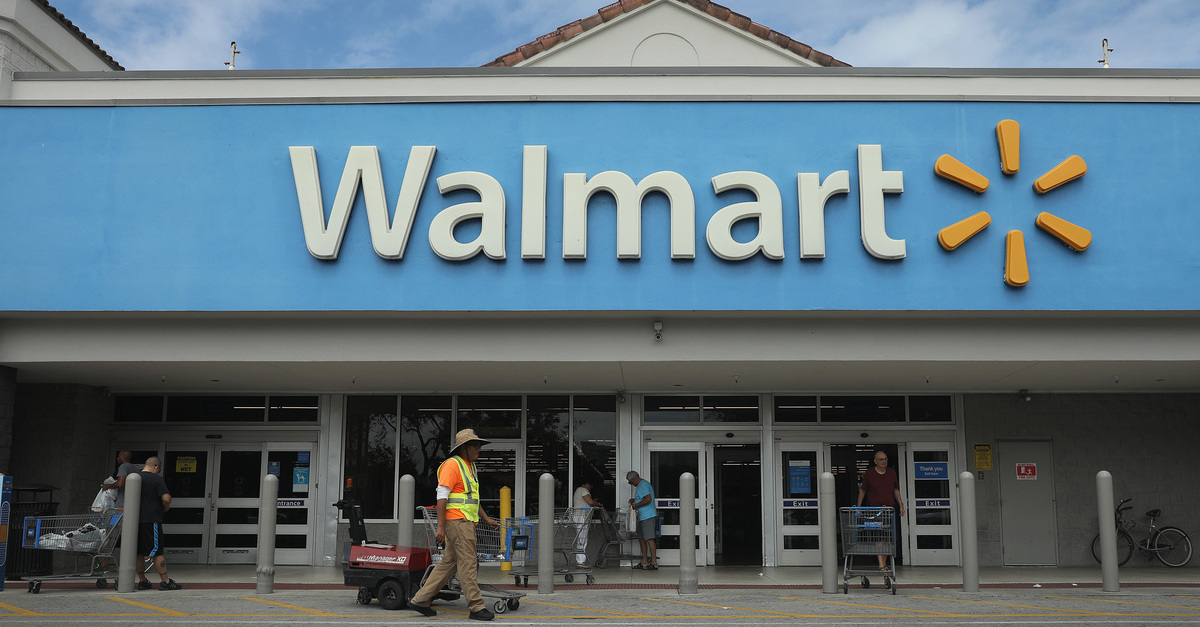 The Department of Justice is suing Walmart, claiming the retail giant helped fuel the opioid crisis by illegally dispensing and distributing opioid painkillers across the country without properly screening questionable prescriptions in an effort to boost profits.

The 160-page complaint, filed Tuesday in U.S. District Court in Delaware, alleged that Walmart violated the Controlled Substances Act (CSA) hundreds of thousands of times through the height of the epidemic by “knowingly” filling “thousands of controlled substance prescriptions that were not issued for legitimate medical purposes or in the usual course of medical practice.” The DOJ also accused Walmart of unlawfully filling hundreds of thousands of suspicious wholesale orders to Walmart-owned pharmacies from its own distribution center.

“We entrust distributors and dispensers with the responsibility to ensure controlled substances do not fall into the wrong hands,” Drug Enforcement Administration (DEA) Acting Administrator Timothy Shea said in a statement.  “When processes to safeguard against drug diversion are violated or ignored, or when pharmacies routinely fill illegitimate prescriptions, we will hold accountable anyone responsible, including Walmart. Too many lives have been lost because of oversight failures and those entrusted with responsibility turning a blind eye.”

According to the complaint, Walmart consistently filled prescriptions for opioids issued by prescribers who had been reported as operating “pill mills” and were blacklisted from prescribing controlled substances by other pharmacies.

“Because Walmart shirked this key legal obligation as a distributor, Walmart failed to detect and report at least hundreds of thousands of suspicious orders. This failure enabled Walmart’s pharmacies to place and receive controlled-substance orders that went essentially unmonitored, even when those orders were suspicious and could have revealed that diversion was ongoing,” the suit stated. “Predictably, Walmart’s violations of the CSA as both a pharmacy and a distributor had disastrous results, harming individuals who filled their controlled-substance prescriptions at Walmart and then abused the drugs. And given the nationwide scale of those violations, Walmart’s failures to follow basic legal rules helped fuel a national crisis.”

Walmart is also accused of actively taking steps to ensure that the reports from its compliance department were not used to help its pharmacists recognize the extent of the problem.

“While Walmart’s compliance unit collected and compiled all this information about invalid prescriptions, it chose, for years, not to alert Walmart pharmacists so that they could use that information to determine whether to fill similar prescriptions,” the suit stated. “As a director in the compliance unit, B.N., acknowledged in an email, rather than analyzing the refusal-to-fill reports, the compliance unit viewed ‘[d]riving sales and patient awareness’ as ‘a far better use of our Market Directors and Market Manager’s time.’”

Walmart in filed a preemptive lawsuit in October accusing the DOJ and DEA of blaming the company for the opioid epidemic in an effort to cover for the government’s own failure to quell the crisis.

In a lengthy statement on Tuesday, Walmart repeated those accusations, calling the DOJ probe “tainted by historical ethics violations.” The statement said that the DOJ lawsuit “invents a legal theory that unlawfully forces pharmacists to come between patients and their doctors, and is riddled with factual inaccuracies and cherry-picked documents taken out of context.”

“Blaming pharmacists for not second-guessing the very doctors the Drug Enforcement Administration (DEA) approved to prescribe opioids is a transparent attempt to shift blame from DEA’s well-documented failures in keeping bad doctors from prescribing opioids in the first place,” the company said. “In contrast to DEA’s own failures, Walmart always empowered our pharmacists to refuse to fill problematic opioids prescriptions, and they refused to fill hundreds of thousands of such prescriptions. Walmart sent DEA tens of thousands of investigative leads, and we blocked thousands of questionable doctors from having their opioid prescriptions filled at our pharmacies.”

Walmart noted that it had already sued the DOJ and DEA and vowed to “keep defending our pharmacists as we fight this new lawsuit in court.”