Honolulu Woman Backed by ACLU Sues Police, Alleging Conspiracy with Her Boss to Have Her Arrested 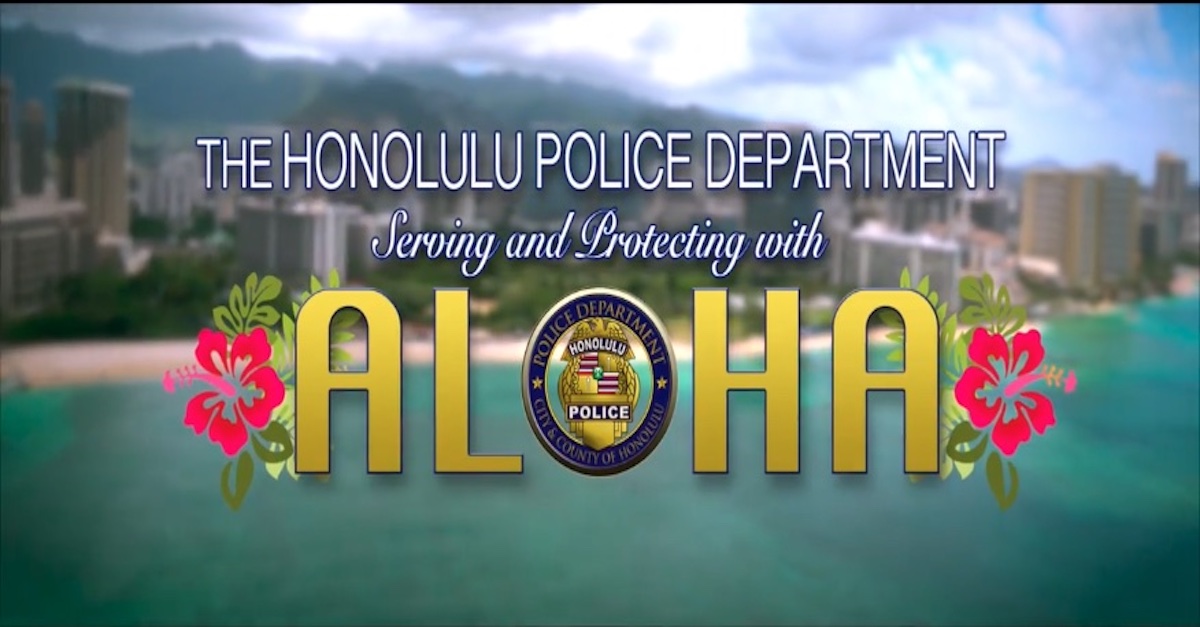 Honolulu resident Robin Hall is accusing police of conspiring with her former boss to trap her in her home, threaten her, and have her arrested, according to a lawsuit filed against the city Wednesday.

Hall, who is represented by ACLU Hawaii legal director Wookie Kim, says that Honolulu Police Officer Chris Koanui “improperly intercept[ed]” a 911 call she made during a dispute she and her former boss were having at her home.

Many the details of the case are, of course, disputed. It’s mutually agreed that Hall spent around 16 weeks in 2019 as a virtual assistant for a dog-training business owned by Leonard Letoto. When she resigned, Hall and Letoto agreed to meet at her home, where he would pay her for her work, and she would return the phone he had given her for work purposes.

Then, Hall says, after Letoto had turned to leave, he quickly doubled back and essentially charged her front door, knocking the door into her and causing injury. Hall and Letoto struggled, and Hall’s son came to her aid; eventually they were able to close the door, leaving Letoto outside – at which point he moved his van to block off Hall’s driveway, she says in her complaint.

Hall says that at some point during the encounter, she called 911 to report that her boss had broken into her house and hurt her, and that he was still outside. The Honolulu police officer who responded to her call was Chris Koanui, who Hall would later discover is a co-owner of the dog obedience company that Letoto owned (Hall had only interacted with Letoto during her time at the company).

Koanui, Hall says, not only refused to file a police report against Letoto, but he retaliated against Hall by arresting her and accusing her of stealing the company phone she intended to return to Letoto.

Letoto, on the other hand, denies Hall’s version of events, telling the Honolulu Civil Beat that her account is “absolutely ridiculous.” He says that told Hall that he needed to pay her with a check instead of cash, so he could have a record of payment. He also says that he did no more than use his foot to wedge Hall’s front door open, and denied that he hurt her.

Letoto also says that he believes home security video would support his story, but neither Hall nor the ACLU have apparently released that tape. He also says that the fact that his business partner answered Hall’s 911 call was coincidental, and that Koanui was not the primary officer involved in responding to the call.

He also says that officers gave both Hall and Letoto the choice to press charges against each other.

“We need policing, but who oversees officers’ wrongs?” Hall said in a statement released by the ACLU on Wednesday after the complaint was filed. “Why isn’t someone admitting this situation was improper and then changing the way HPD operates? HPD should be required to implement police training on preventing and managing conflicts of interest, as well as formulating a policy on disciplinary action for violations. I don’t want what happened to me to happen to anyone else.”

The ACLU had initially sent a letter to the Honolulu Police Department in May outlining Hall’s complaints.

In addition to the incident at her home, Hall’s complaint accuses the Honolulu Police Department of multiple conflicts of interest, citing prior cases, including one where a former police chief framed someone to help his wife in a family dispute, and another one where an officer arrested a teenage rival of his own son.

Hall and the ACLU allege that the HPD has a “de facto policy or custom of permitting HPD officers’ selective enforcement of the law and abuse of law enforcement power to further personal and private interests.”

“Upon information and belief,” the complaint says, “these examples represent just a sliver of the misconduct demonstrating the widespread existence of the Policy … it is longstanding, and runs widely and deeply throughout HPD ranks. It affects line officers, as well as supervisors.”

“Misconduct of the kind condoned by the City’s Policy happens so often that the City undeniably knows it is happening and deliberately chooses to ignore it,” the complaint also says.

According to the Honolulu Civil Beat, the HPD is drafting a conflict of interest policy, as well as changes to the department’s Standards of Conduct.

Hall also identifies some other officers in her complaint who played relatively minor roles, but still participated in what she describes as the wrongful actions taken against her. She is alleging that the HPD and the City of Honolulu have violated her constitutional rights under the First, Fourth, and Fourteenth Amendments. She is asking for an injunction requiring the HPD to implement new measures for dealing with conflicts of interest, and to develop disciplinary procedures for when those standards are violated. She is also asking for general and punitive damages.