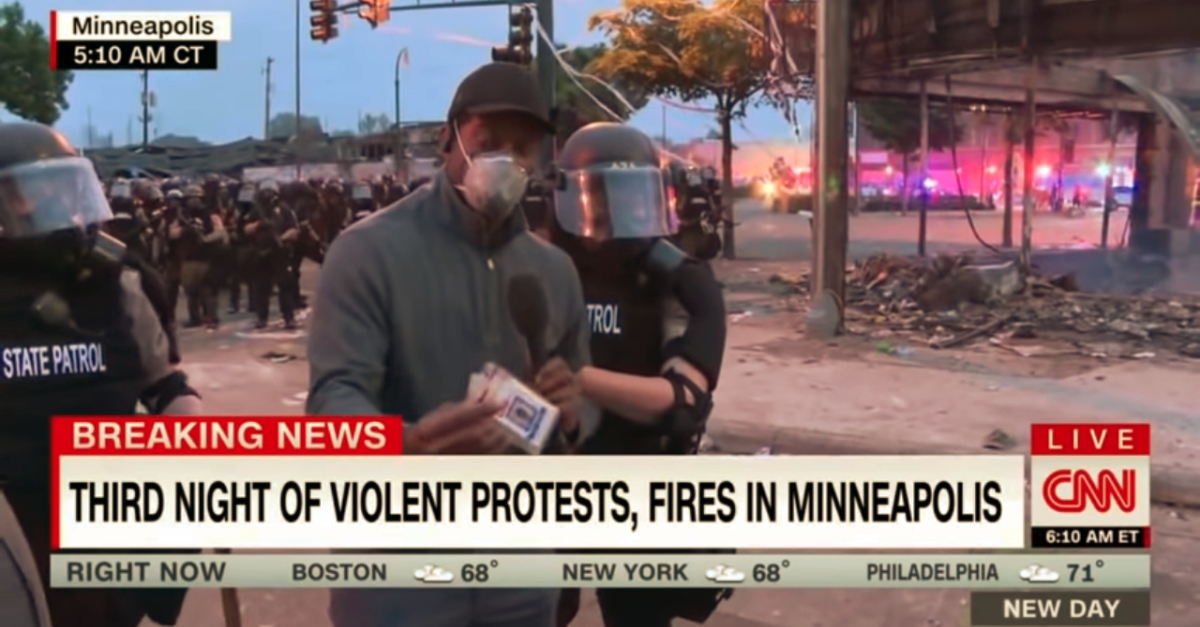 This is a still frame from the arrest of CNN correspondent Omar Jimenez. Another Black member of his team, Michael Cooper, says his arrest the following day was racially motivated.

Roughly a year after covering protests that followed George Floyd’s murder, a Black security officer for the CNN broadcast team reporting live from Minneapolis sued the Minnesota State Patrol troopers who arrested him in an incident his lawyers call racially motivated.

On May 30, 2020, Michael J. Cooper provided security as part of the same CNN team that included correspondent Omar Jimenez, who was arrested on air a day earlier. 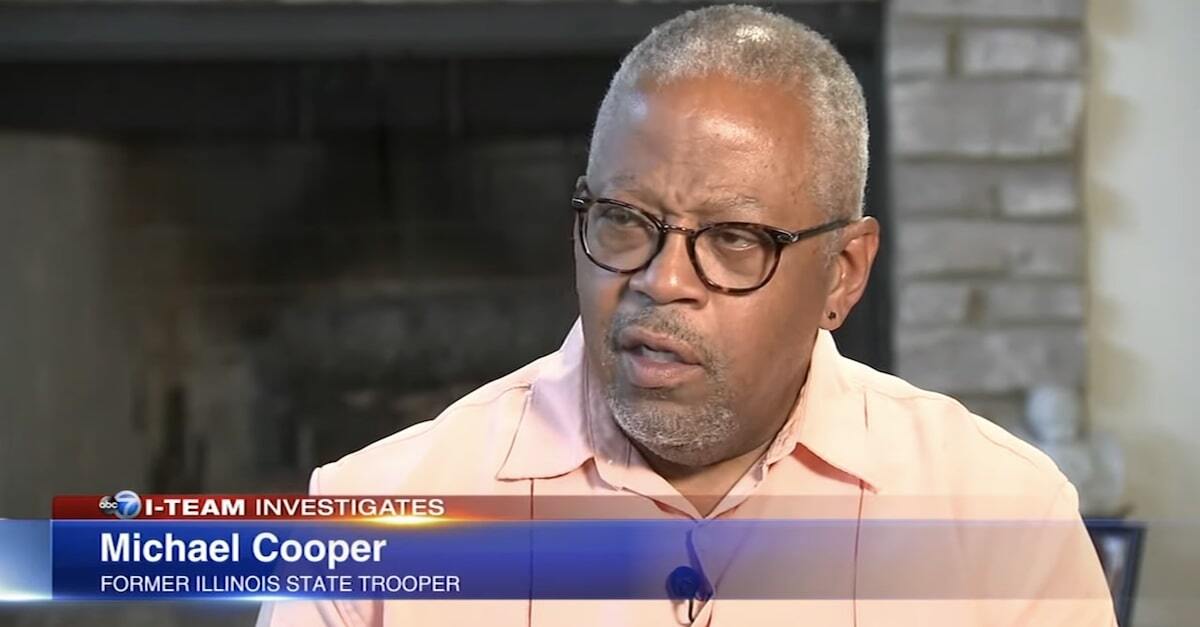 Michael Cooper, a former Illinois trooper, being interviewed by ABC 7 Chicago in Nov. 2020.

Both men are Black, and Cooper’s lawyers claim that the fact both were targeted for arrest was no accident.

“The selective arresting of Black media members was not coincidental,” his lawyer Jeffrey S. Storms wrote in an 11-page complaint. “It was intentional and racially motivated.”

One of Cooper’s lawyers, Ben Crump, is a prominent civil rights attorney who represented the Floyd family. Though the lawsuit was filed on May 27, the firm announced it on Tuesday.

“How many times will the country need to see this script play out, where a Black man is treated differently by police than other people in the same situation?” lawyer Christopher O’Neal, from Crump’s firm, asked in a statement. “Mr. Cooper’s experience while simply working while Black is, unfortunately, all too common. There must be justice for him and for all Black Americans who have had their basic civil rights violated and their dignity offended while going about their lives.”

According to the lawsuit, Cooper was 64 years old at the time of his arrest and was a 43-year, honorably retired law enforcement veteran. Cooper spent most of his career in the Illinois State Police.

“The irony of Mr. Cooper’s arrest and mistreatment can’t be understated,” lawyer Antonio M. Romanucci of Romanucci & Blandin, wrote in a statement. “As the city was engulfed in protests for the harsh mistreatment of a Black man by Minneapolis police, Mr. Cooper himself was mistreated by state law enforcement officers, which is both baffling and extremely disappointing. We are committed to securing justice for Mr. Cooper for the way his civil rights were violated.”

“As it became dark on the evening of May 30, the Broadcast Team found itself in a dangerous location where the police were shooting tear gas and rubber bullets towards the crowd. Mr. Cooper was charged with navigating the Broadcast Team to a different location to keep the team safe.”

According to the lawsuit, one of the producers fell to the ground in pain after being shot with a rubber bullet, and the broadcast team came across a cloud of tear gas.

Carrying two lawful firearms in his capacity as CNN’s security officer, Cooper was the only Black member of the CNN team in the immediate vicinity at the time, according to his complaint.

Cooper says that the troopers ignored him after he repeatedly identified himself as press and presented his credentials.

“The troopers ordered Mr. Cooper to kneel down, then lay down, and place his arms straight out from his body with his palms facing straight up,” the complaint states.

According to the lawsuit, the supervising captain “wrongfully proclaimed” that Cooper violated curfew, ignoring Cooper’s explanation that Governor Tim Walz exempted press from it.

Cooper says he was held in jail 20 hours before being released, but no charges were ever filed.

“Despite efforts made on Mr. Cooper’s behalf, Mr. Cooper never received so much as an apology or public recognition of this unlawful act by the State Patrol or Minnesota public officials,” the complaint states.

“This experience has caused Mr. Cooper great stress and anxiety – not only due to his own unlawful arrest but because he has now been left to contemplate that the system he has dedicated his life to is capable of unlawfully arresting and causing resulting harm to wholly innocent men and women,” it continues.

Cooper alleges violations of his First and Fourth Amendment rights, seeking $500,000 for each of the two counts.

Minnesota State Patrol did not immediately respond to an email requesting comment.

[Image via screen capture from CNN/YouTube.]