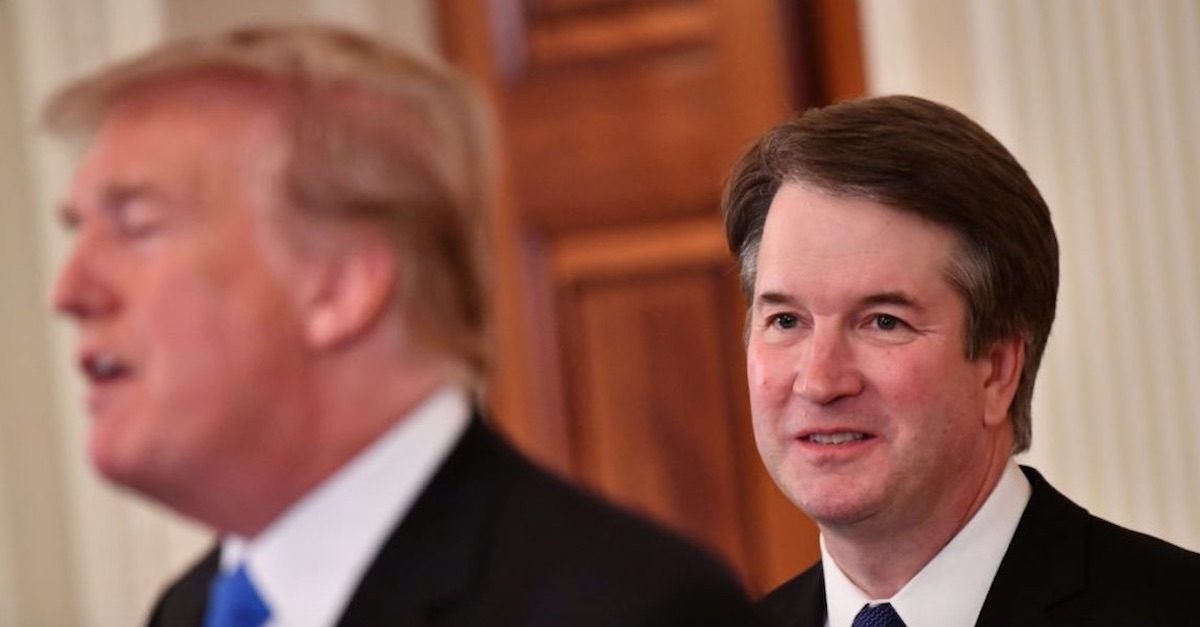 President Donald Trump on Wednesday announced his intention to fill two vacant seats on the U.S. District Court for the Eastern District of Tennessee, nominating a pair of attorneys currently serving as prosecutors in the Department of Justice (DOJ)—one of whom reportedly played a prominent role in getting Justice Brett Kavanaugh confirmed to the U.S. Supreme Court.

One of the vacancies on the Tennessee bench opened up less than a week ago when Chief District Judge Pamela Reeves, the first female Article III judge to sit on Tennessee’s Eastern District court, passed away following a two year battle with cancer.

According a statement from the White House, Trump intends to nominate Charles Edward Atchley Jr. and Katherine A. Crytzer to the Tennessee district court’s final two remaining vacant slots.

Crytzer currently serves as Principal Deputy Assistant Attorney General at the DOJ’s  Office of Legal Policy, where her duties include providing legal and policy advice to the assistant attorney general and assisting Trump in in filling vacancies on the federal bench.

According to Middle Tennessee State University (MTSU) magazine, where Crytzer graduated in 2006, she has had an “influential role” in the Trump administration’s selecting of federal judicial nominees and helped “shepherd” Kavanaugh through his tumultuous Senate confirmation hearings.

Kathrine Crytzer is a 2006 college grad — one of Trump's youngest judicial nominees yet, but probably a couple years older than 33yo Kathryn Mizelle https://t.co/fjBi8IvK0X

Atchley, who first became a federal prosecutor in 2001, has served as the First Assistant United States for the Eastern District of Tennessee since 2018. He was previously responsible for supervising the office’s General Crimes and National Security Section.  Prior to joining the United States Attorney’s Office, Atchley earned his J.D. from Samford University’s Cumberland School of Law and served as an assistant district attorney general in Tennessee.

Trump also announced his intention to nominate Sharon Goodie to serve as Associate Judge on the Superior Court of the District of Columbia.

Goodie is currently an Administrative Law Judge at the District of Columbia Office of Administrative Hearings, where she serves as Judicial Director for the Council for Court Excellence.