No, Justin Walker Wasn’t Tricked into Revealing the Plotters of a Federalist Society Revolution 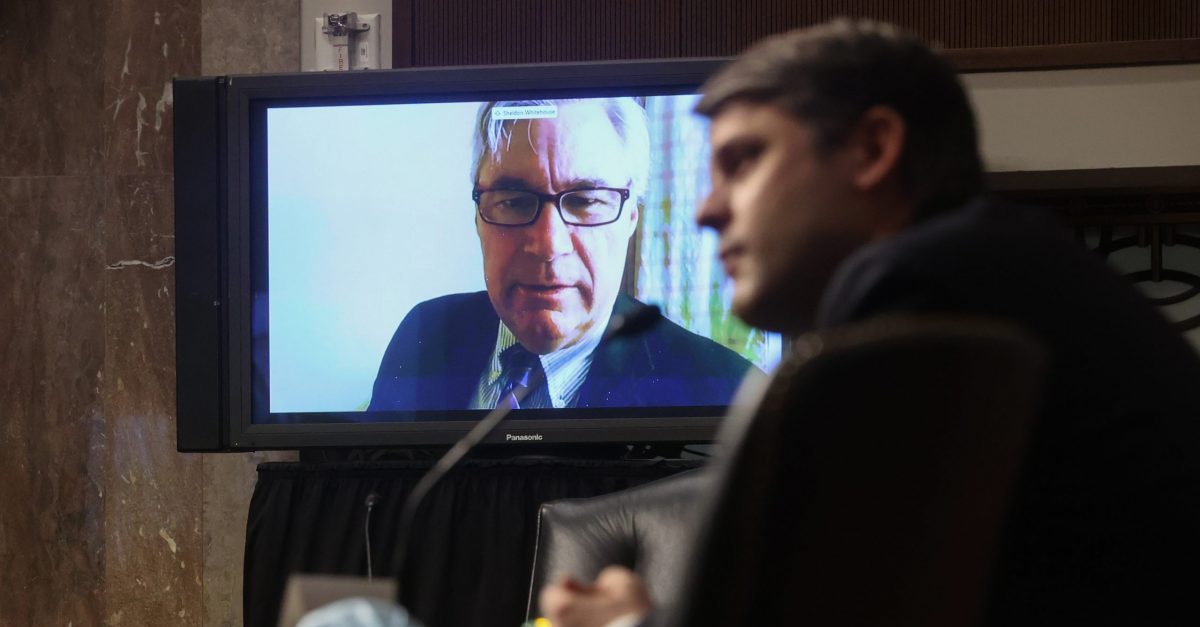 Sen. Sheldon Whitehouse, a Rhode Island Democrat, on Wednesday pushed D.C. Circuit Court of Appeals nominee Justin Walker to discuss a 23-page letter signed by more than two hundred federal judges, including Walker himself, which criticized an ethics proposal to limit federal judges from being members of the conservative Federalist Society or the progressive American Constitution Society.

Despite some sensationalism of the exchange, many other observers noted that it was no difficult task to unravel precisely who drafted the letter.

But first, let’s walk through the relevant context.

The ethics proposal is formally an “exposure draft” of “Advisory Opinion 117.” It emanated from the Administrative Office of the U.S. Courts and its Code of Conduct Committee. Per the advisory draft:

In sum, the Committee advises that formal affiliation with the ACS or the Federalist Society, whether as a member or in a leadership role, is inconsistent with Canons 1, 2, 4, and 5 of the Code [of Judicial Conduct]. Official affiliation with either organization could convey to a reasonable person that the affiliated judge endorses the views and particular ideological perspectives advocated by the organization; call into question the affiliated judge’s impartiality on subjects as to which the organization has taken a position; and generally frustrate the public’s trust in the integrity and independence of the judiciary.

The advisory draft suggests membership in the American Bar Association is not as loaded with the potential for partisan attacks; however, the draft cautions ABA members to “carefully monitor” that group’s activities to ensure that impartiality cannot be called into question.

The letter signed by the judges attempted to rubbish the ethics proposal. “We believe the exposure draft conflicts with the Code of Conduct, misunderstands the Federalist Society, applies a double standard, and leads to troubling consequences,” the more than 200 judges wrote. The circumstances surrounding the issuance of the exposure draft also raise serious questions about the Committee’s internal procedures and transparency. We strongly urge the Committee to withdraw the exposure draft.”

Enter Sen. Whitehouse, himself a former prosecutor and U.S. Attorney under President Bill Clinton, who wanted to know more about Judge Walker’s signature on the letter and about the letter itself.

Whitehouse wanted to know why Walker didn’t provide the Senate Judiciary Committee with a copy of the latter. Walker said the letter was “from judges, to judges” and noted that there were nominees of “every president going back to Gerald Ford.” Walker also said the letter, which has been reported by the New York Times and the Washington Post, “wasn’t a public letter,” but he was “proud” to have signed it.

Whitehouse suggested that Walker should have disclosed the letter. Walker said he disclosed “everything” he was “asked to disclose” to the senate committee, but he did also say he saw a “draft of the letter” beforehand.

Senator Whitehouse asks Walker about why he didn’t list the letter mentioned in the NYT article about Federalist Society membership and the Code of Conduct Committee. He argues it’s a confidential communication between groups of judges.

Whitehouse also wanted to know “who prepared the draft of the letter” and pressed several times on this matter. “I’m not sure it’s my place to say who drafted the letter,” Walker said, after attempting to not name names. Yet Whitehouse pressed further and accused Walker of not answering his question.

“My best guess is that the judges who drafted the letter would be proud to be known as having drafted the letter,” Walker said, and eventually named Judges Gregory G. Katsas of the D.C. Court of Appeals and Amul R. Thapar of the Sixth Circuit Court of Appeals. Katsas is a former Deputy White House Counsel under Donald Trump and was appointed to the appeals court by him. Thapar is a former U.S. attorney appointed by George W. Bush who was later elevated to a federal judgeship by him; Trump then elevated him further to the appeals court seat he currently holds.

“I agreed with the letter that they drafted, and so I signed it,” Walker said, adding that others were likely involved.

Of the more than 200 signatures on the document, the first four are alphabetized separately from all of the others. Look: 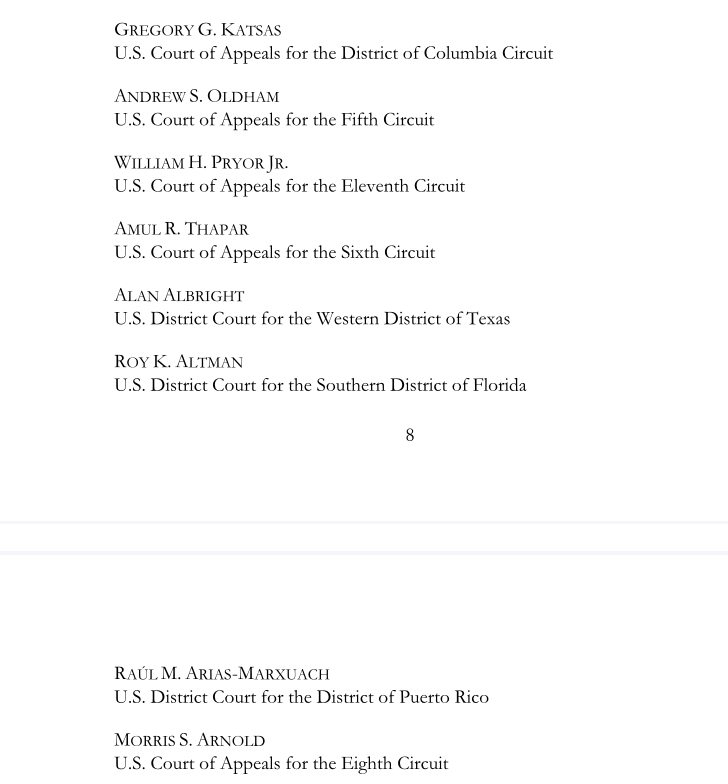 The other signatures contain both appeals court judges and district court judges, suggesting the list was not populated by seniority.

Katsas was the first person to sign the letter and Thupar was the fourth. The other two judges whose names appear among the first four on the signature block of the document are Andrew S. Oldham of the Fifth Circuit Court of Appeals and William H. Pryor, Jr., of the Eleventh Circuit Court of Appeals. Oldham was the former general counsel to Texas Gov. Greg Abbott and was appointed by Trump; Pryor was appointed by George W. Bush.

In reporting on the letter, the New York Times noted that an earlier analysis “showed that all but eight of [President Donald] Trump’s 51 appointees to the appellate bench had ties to” the Federalist Society, “nearly twice as many as under President George W. Bush.” The Times noted that the American Constitution Society had gained some traction within the Obama Administration.

Exposure Draft – 117 by Law&Crime on Scribd

Response by 200+ Judges to … by Law&Crime on Scribd