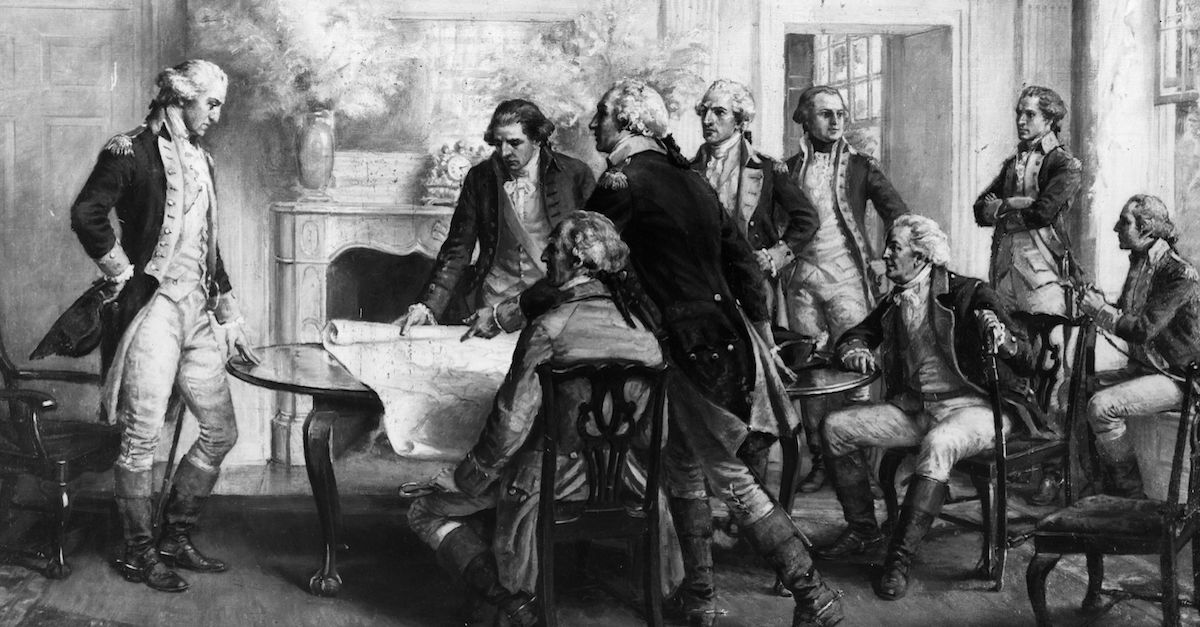 The Raab Collection is handling the collection, and they say they’re not aware of any other appointment to the first court ever making it to market. The note is dated Sept. 27, 1789. Jay wrote that Cushing took the oath before him on February 2, 1790.

“We acquired it from a private collector who had it for decades and bought it from a dealer in NYC in the mid-20th century,” Raab Collection president Nathan Raab told Law&Crime. “At some point, Cushing’s descendants evidently sold it.”

Raab said he doesn’t think he’ll ever see a similar item like this ever again because Washington only nominated six men to the first Supreme Court. The document will formally go up for sale in two weeks at $325,000, he said. This isn’t an auction. It’s first come, first serve.

Before joining the court, Cushing served as one of the most important judges in early Massachusetts history. He joined the Superior Court (now the Supreme Judicial Court) in 1772, and was the only member to stay on when it reformed in 1775, according to the Raab Collection. A state history showed that sympathizers of the revolutionary movement replaced the other four justices, who had been appointed by a royal governor. 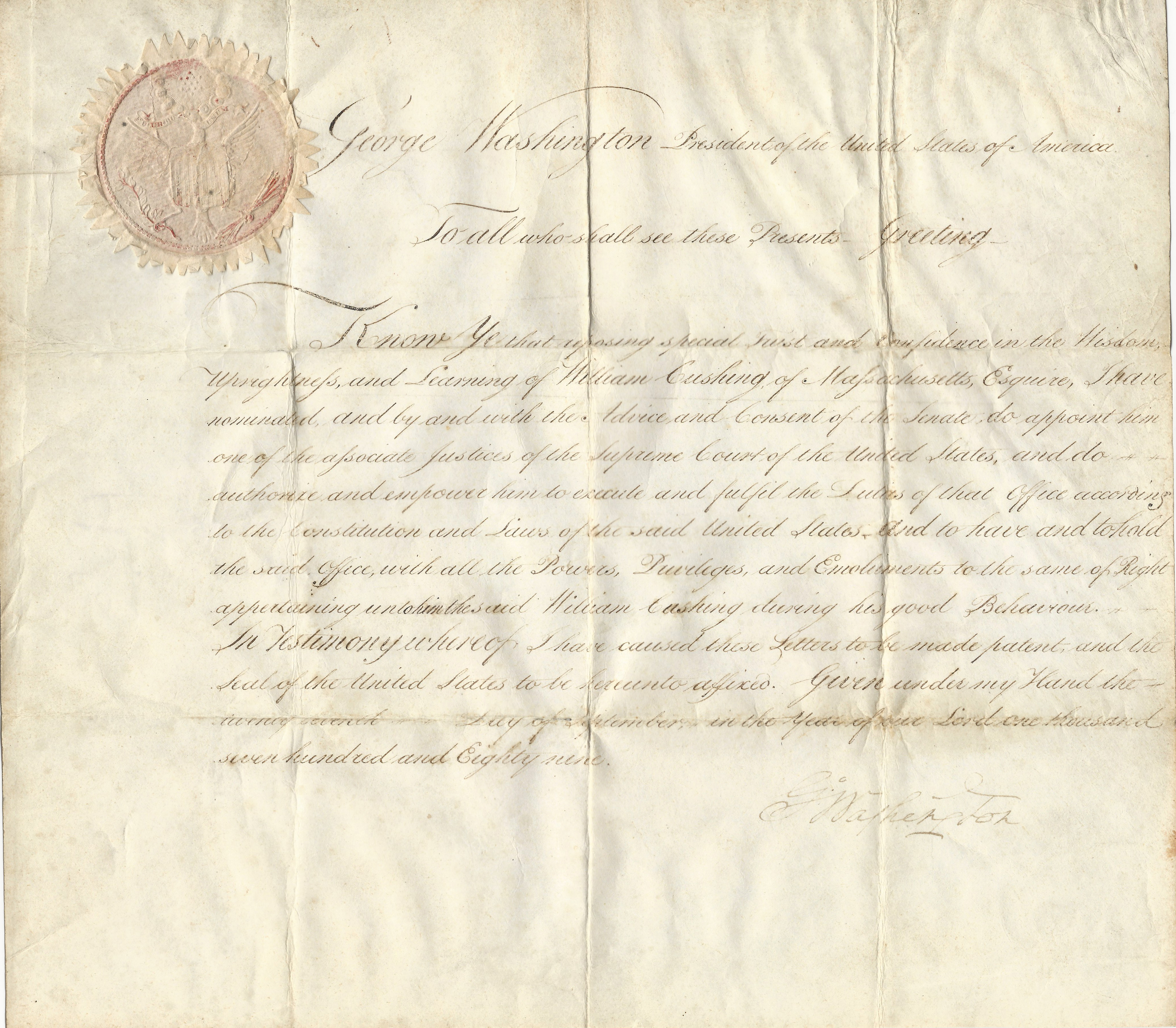 Image courtesy of the Raab Collection

Cushing was later appointed Chief Justice of the Supreme Judicial Court. A landmark case ended up in his court during that period: Commonwealth v. Jennison. That case involved a slave owner charged with assaulting Quork Walker, a black man born into slavery. Cushing’s ruling formally ended slavery in Massachusetts. He wrote that it was unconstitutional under the state’s new constitution, which went into effect in 1780.

Cushing’s words, as preserved in a Yale Law Journal history:

… whatever sentiments have formerly prevailed in this particular or slid in upon us by the example of others, a different idea has taken place with the people of America, more favorable to the natural right of mankind, and to that natural, innate desire of Liberty, with which Heaven, (without regard to color, complexion or shape of noses, features) has inspired all the human race. And upon this ground our Constitution of Government, by which the people of this Commonwealth have solemnly bound themselves, sets out with declaring all men are born free and equal-and that every subject is entitled to liberty,–and to have it guarded by the laws, as well as life and property–and in short is totally repugnant to the idea of being born slaves.

Cushing was one of six men nominated to the first Supreme Court in 1789, though one of them, Robert Harrison, declined the offer, citing failing health and the effect moving would have on his family.

To be sure, politics could get plenty ugly in that early period of American history, but partisan brawls didn’t mark the initial slate of appointments. The Senate confirmed Cushing in a voice vote.

He wrote one of the four seriatim opinions in 1793’s Chisholm v. Georgia. Cushing and three other justices ruled that federal courts could hear cases between private citizens and states.

This decision didn’t last. The case tapped on a fissure in the early republic. Opposition to the constitution dealt in part over arguments that the federal government might have too much power over the states, and the dispute informed the beginnings of the first political parties. The core document of the federal government “would barely squeak through” the ratification process in 1787 and 1788, with tight votes in Massachusetts, New Hampshire, Virginia, and New York, according to Yale Law Professor Akhil Reed Amar in his book America’s Constitution: A Biography. North Carolina and Rhode Island held out until 1789 and 1790, respectively, joining only after Washington became president. It’s in this context that the 11th Amendment, ratified in 1795, overrode the Chisholm decision.

Cushing was later nominated by Washington to become chief justice, and the Senate confirmed him in 1796. He declined the position, however, and served as associate justice until his death on September 13, 1810.