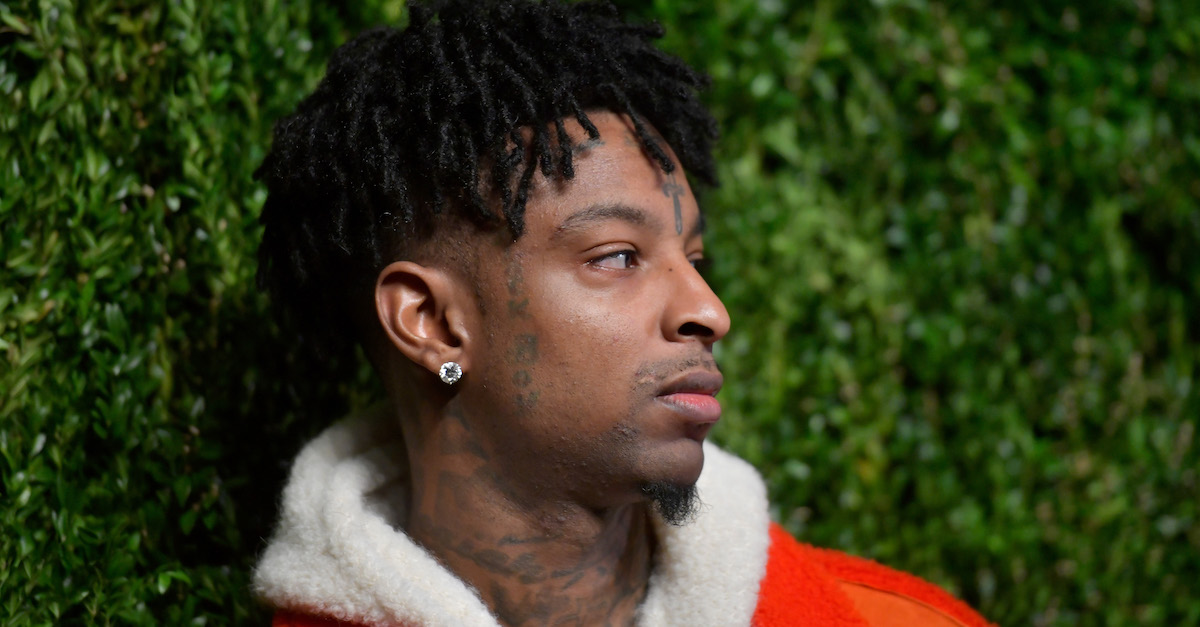 Rapper 21 Savage, a 26-year-old citizen of the UK born She’yaa Bin Abraham-Joseph, was arrested by Immigration and Customs Enforcement (ICE) on Feb. 3 in Atlanta, Georgia, over Super Bowl LIII weekend.

The rapper, it was revealed Tuesday night, would be released from ICE custody. It was not immediately clear if he was going to be charged with a felony in immigration court, but 21 Savage’s attorney said Wednesday that his client will not face an “aggravated felony” charge.  21 Savage’s immigration lawyer Charles Kuck has said that the Department of Homeland Security will only pursue charges against 21 Savage for a visa overstay, claiming that DHS had no choice.

SCOOP: DHS attorneys dropped an "aggravated felony" charge against 21 Savage in immigration court yesterday. DHS is only proceeding on his "visa overstay."

“They had to,” his attorney said. “It didn’t exist,” he said of any felony conviction. “They didn’t do their homework."

This all stems from a 2014 marijuana conviction that was later vacated, according to his attorneys.

Did DHS know that the case had been vacated before they targeted him for arrest?

I've reached out to ICE.

“They didn’t do their homework,” Kuck continued, adding that he views this case as “emlembatic of a lot of cases where people are detained for not correct reasons.” Others, Kuck noted, “don’t always have resources to fight the system.”

“This case is very emblematic of what happens in immigration court and detention,” he said. Kuck claimed that the arrest could be traced back to a 2014 marijuana conviction that was vacated.

The law firm representing 21 Savage posted a statement on Facebook on Tuesday, reaching out to fans and describing the situation as an “ordeal.”

For the past 9 long days, we, on behalf of She’yaa Bin Abraham-Joseph, known to the world as 21 Savage, have been…

They apologized to those who expected to see 21 Savage perform at the Grammy Awards and called 21 Savage’s incarceration “unjust”:

For the past 9 long days, we, on behalf of She’yaa Bin Abraham-Joseph, known to the world as 21 Savage, have been speaking with ICE to both clarify his actual legal standing, his eligibility for bond, and provide evidence of his extraordinary contributions to his community and society.

In the last 24 hours, in the wake of the Grammy Awards at which he was scheduled to attend and perform, we received notice that She’yaa was granted an expedited hearing.

Today, 21 Savage was granted a release on bond. He won his freedom.

21 Savage asked us to send a special message to his fans and supporters—he says that while he wasn’t present at the Grammy Awards, he was there in spirit and is grateful for the support from around the world and is more than ever, ready to be with his loved ones and continue making music that brings people together.

He will not forget this ordeal or any of the other fathers, sons, family members, and faceless people, he was locked up with or that remain unjustly incarcerated across the country. And he asks for your hearts and minds to be with them.