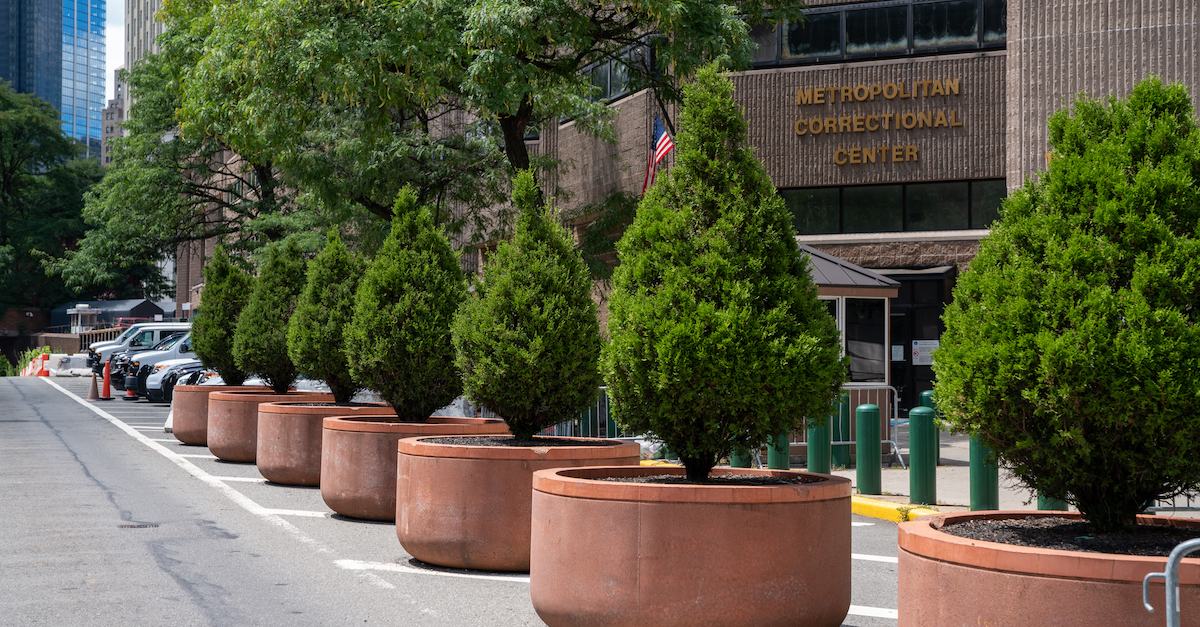 Jeffrey Epstein didn’t seem like he was going to kill himself, a woman in her 30s identified as Epstein’s girlfriend of four or five years reportedly believed.

The bizarre story, dug up by the New York Daily News, said that Karyna Shuliak was the last person to talk to Epstein on the phone before he died at the Metropolitan Correctional Center. Officials ruled Epstein’s Aug. 2019 death a suicide by hanging. Some believe that’s not quite what happened. In any case, you can probably number Shuliak among those who were taken aback by the mega-millionaire accused child sex-trafficker’s death ahead of trial.

According to the report, which cited anonymous sources familiar with the matter, Shuliak was on the other end of Epstein’s last recorded jailhouse phone call. One source said Shuliak did not glean from that phone call that Epstein was going to kill himself in a matter of hours.

Who even is Shuliak anyway? Supposedly, she was Epstein’s girlfriend for four or five years; she reportedly wasn’t interested in speaking with a Southern District of New York prosecutor about her last conversation with Epstein.

Here’s where it gets really crazy.

According to the sources in the report, Shuliak was not an Epstein victim–she believed he loved her, she never witnessed sex trafficking, she was with Epstein in Paris before his July 2019 arrest, and she was in Belarus when he died. But wait–there’s more:

Records show that Shuliak married an alleged Epstein victim who is a U.S. citizen in 2013. Their divorce was finalized in July 2019, weeks after Epstein was arrested.

A lawsuit filed by a different Epstein victim against his $577 million estate alleges that the perv forced her into a sham marriage to keep a victim who wasn’t a U.S. citizen in the country.

Attorney Sigrid McCawley claimed that Epstein would arrange “sham same-sex marriages” as part of his sex trafficking operation because these marriages “enabled Epstein to get citizenship for girls that he wanted to keep in this country without facing a high level of scrutiny in the citizenship process.”

The Epstein story hasn’t gone away after his death. Jail officials are still on edge about the way he died and have adjusted accordingly in other high-profile cases. Meanwhile, Epstein’s estate has revealed it is having trouble paying the electric bills. That detail came out during a dispute with the Virgin Islands Attorney General.

Most recently, a federal judge dealt Epstein victims a setback by ruling in favor of the dead man’s friend and alleged accomplice Ghislaine Maxwell.