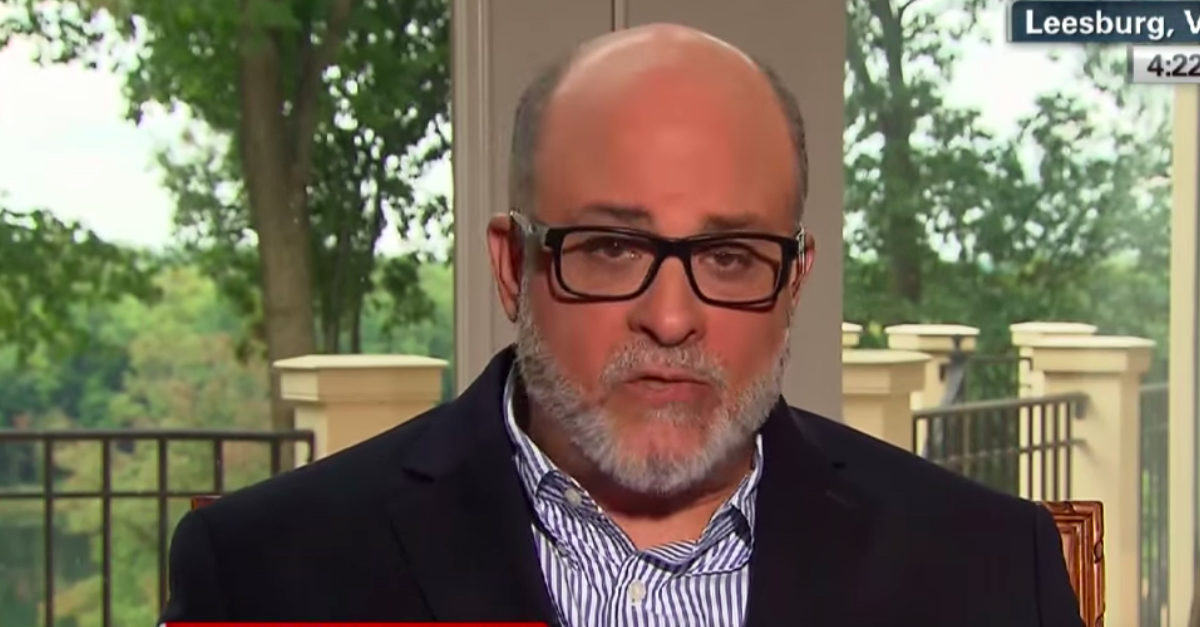 The Daily Caller on Monday published a piece detailing conservative radio host Mark Levin’s statements characterizing the attorneys representing the whistleblower in the Donald Trump-Ukraine controversy as left wing activists. Hours later, Mark Zaid, one of the attorneys representing the whistleblower, responded to the Daily Caller and Levin, pointing out obvious errors of omission.

Levin’s comments came in response to news that a second whistleblower had come forward and would also be represented by the same attorneys, including Zaid.

“But we all have the transcript of the phone call, so why does it matter how many so-called whistleblowers are paraded out by this law firm?” Levin asked rhetorically. “This is all about trying to create the impression of a scandal.  Trying to influence public opinion,” he concluded.

Zaid responded Monday afternoon, pointing out that Levin and the Daily Caller omitted that he and his firm represented the Daily Caller News Foundation and one of their since-departed reporters in a 2015 lawsuit over the State Department’s “failure to release records showing that former Secretary of State Hillary Clinton and her top aides passed all mandatory security courses on handling classified materials.”

Zaid said Monday it was “interesting that when [The Daily Caller] runs [negative] article on [the] whistleblower case & someone asserts I am ’liberal’ activist lawyer, they never reveal we were THEIR lawyer in 2015 FOIA case involving Hillary Clinton training on handling classified info.”

Zaid has also represented the RNC, and worked closely with Rep. Devin Nunes (R-Calif.) on the Benghazi case. From the New York Times in 2015:

Raj Shah runs the Republican National Committee’s opposition research arm, a beehive of two dozen tech-savvy idealists who have already spent two years searching through decades of government documents, tax filings, TV footage and news archives. One of their colleagues in Arkansas turns up every day in the Clinton presidential library to probe the Clintons’ accumulated past. More than 330 Freedom of Information Act requests have netted 11,000 pages of records, and counting. The R.N.C. has also retained Mark Zaid, an attorney who also is representing the Gawker website in suing the State Department over records from Mrs. Clinton’s time as secretary of state.

In an email to Law&Crime, Zaid said a simple look at his 25-year career would immediately debunk any portrayal of him as a partisan actor.

“I have spent more than a quarter century in DC making sure I remain non-partisan,” Zaid said. “Frankly, I couldn’t care less about political ideology or partisan agendas. My job is to represent my client’s best interests, and that usually means holding the government accountable regardless of political party.”

Monday was not the first time Zaid has had to address right-wing media’s false depiction of him as being politically-motivated. Last week he issued a similar rebuke to Fox News’ Laura Ingraham.

“On Fox News last night [Laura Ingraham] said of me in my whistleblower case: ‘His lawyer Mark Zaid who’s represented Schumer and Hillary by the way,’ To use coined phrase: FAKE NEWS!,” Zaid tweeted.

He then went on to correct the record and detail his career working with clients at both ends of the political spectrum.

“To be clear, at no time have I ever represented Senator Schumer or Secretary Clinton. Ever. Never,” he tweeted, adding, “The partisans are trying to smear the legal team as some liberal opposition. We are anything but that. I’ve never been anything other than registered Independent & proud of it. We pursue the rule of law.”

Ingraham, for her part, issued a correction.

“And before we go, last night I made a comment about the whistleblower lawyer Mark Zaid,” Ingraham said. “And saying he previously represented Chuck Schumer and Hillary Clinton. That was incorrect. I was mistaking Mark for another attorney representing the whistleblower named Andrew Bakaj, who just worked for Clinton and Schumer. It was a different lawyer. I apologize for that mixup.”

Zaid noted that he’s previously represented three members of Congress, two of whom were Republicans [the late Walter Jones (R-N.C.) and another Republican Congressman who was never named in the action].

The Daily Caller article in question now says that “Zaid has represented conservatives and conservative groups in the past, including the Republican National Committee.” There is also an editor’s note at the bottom of the story: “This post has been updated to include Zaid’s legal representation history.”

Editor’s note: this article was updated post-publication for clarity, and for accuracy regarding Republican-affiliated individuals/entities Zaid has represented.