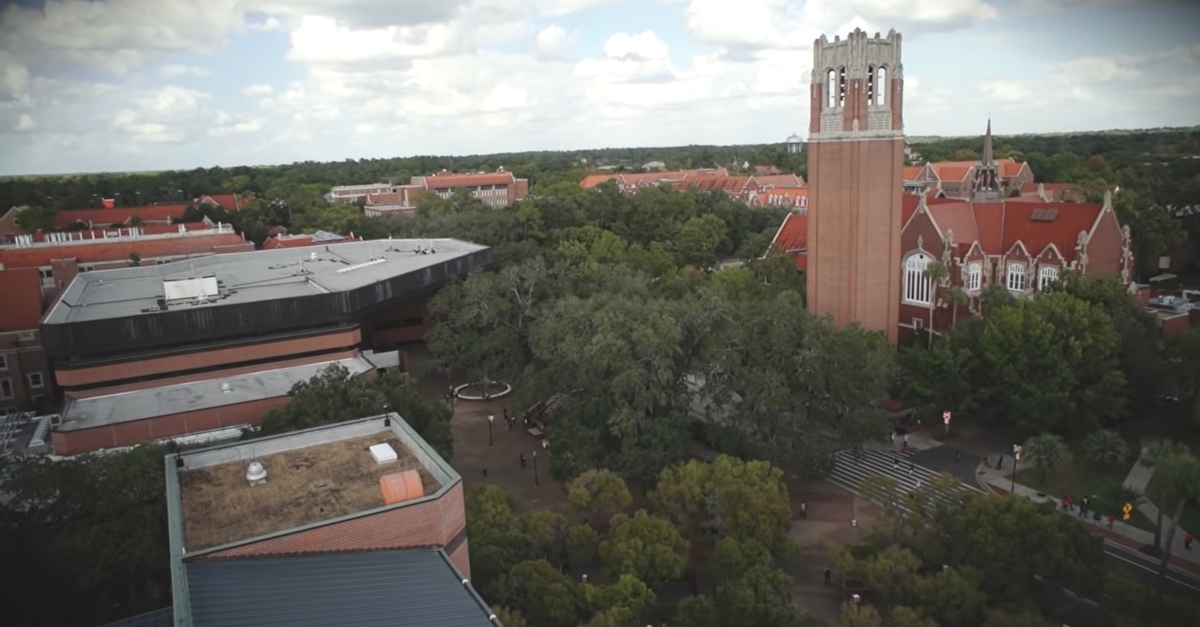 The University of Florida blocked three professors from testifying as experts against the state’s new controversial restrictions on voting. The plaintiffs, including the nonprofit economic and racial justice organization Florida Rising Together, said the school told Professors Dan Smith, and then Michael McDonald and Sharon Austin that they could not take the stand. In this version of events–later echoed by the school–UF framed this as the teachers working against the university’s interests. But plaintiffs say such a dynamic never stopped professors from testifying against the state in other cases. They say UF’s resistance is specific only to the voting law case.

Smith, McDonald, and Austin each belong to the school’s Department of Political Science.

As background, during the week of October 10, 2021, in the midst of expert discovery in this case, Plaintiffs’ counsel learned for the first time that the University of Florida had advised one of Plaintiffs’ experts (University of Florida professor Dan Smith) and subsequently two others (professors Michael McDonald and Sharon Austin) that they were not authorized to serve as experts on behalf of Plaintiffs in this matter as part of their “outside activities.” … The University told Dr. Smith that “outside activities that may pose a conflict of interest to the executive branch of the State of Florida create a conflict for the University of Florida,” and provided similar explanations for Dr. McDonald (“As UF is a state actor, litigation against the state is adverse to UF’s interests.”) and Dr. Austin (same). … Because University of Florida professors (including Dr. Smith) have historically been approved to serve as experts in numerous other cases both on behalf of and adverse to the State of Florida before, this rationale is obviously pretextual, and appears to be S.B. 90 specific.

Now they want to question the office of Governor Ron DeSantis whether it played a role in this decision to block the professors from testifying against S.B. 90.

“The new law creates major obstacles to vote-by-mail, curtails access to drop boxes, and criminalizes line warming activities such as providing water to voters,” plaintiffs said in a press release.

Doubt I’ll be the only one. https://t.co/gqrdPCz1ZS

Horrible. The University of Florida has banned three professors, including @ElectProject, from working on a lawsuit against a Florida state voter suppression bill, on absurdly specious grounds. We need to know if Ron DeSantis was involved in this decision:https://t.co/1seSNlRrjv

FIRE, a civil liberties organization that specializes in First Amendment cases in colleges and university, called out UF. From a statement posted Saturday:

FIRE is deeply concerned by a report in The New York Times that the University of Florida has barred three professors from participating as witnesses in a voting rights lawsuit against the state of Florida.

FIRE has said it before, and we’ll say it again: The profound civic importance of fair trials requires the ability of fact and expert witnesses to come forward to testify truthfully without fear that their government employer might retaliate against them. Public university faculty are no exception. We call on UF to reverse course immediately.

UF should be aware that Plymouth State University’s ill-considered decision to punish faculty who had testified in a trial ultimately cost the state of New Hampshire’s taxpayers $350,000. FIRE warned Plymouth State then, and we’re warning UF now: If you pick a fight with the First Amendment, you will lose.

In a statement echoing the plaintiff account, UF insisted they were not standing in the way of the professors’ First Amendment rights or academic freedom, but only stopping them from moonlighting in work contrary to the school’s interests as a Florida institution. The full text:

Recent news reports have indicated the University of Florida denied requests of some faculty members to participate in a lawsuit over the state of Florida’s new election laws.

The University of Florida has a long track record of supporting free speech and our faculty’s academic freedom, and we will continue to do so. It is important to note that the university did not deny the First Amendment rights or academic freedom of professors Dan Smith, Michael McDonald and Sharon Austin. Rather, the university denied requests of these full-time employees to undertake outside paid work that is adverse to the university’s interests as a state of Florida institution.

[Screenshot via University of Florida]