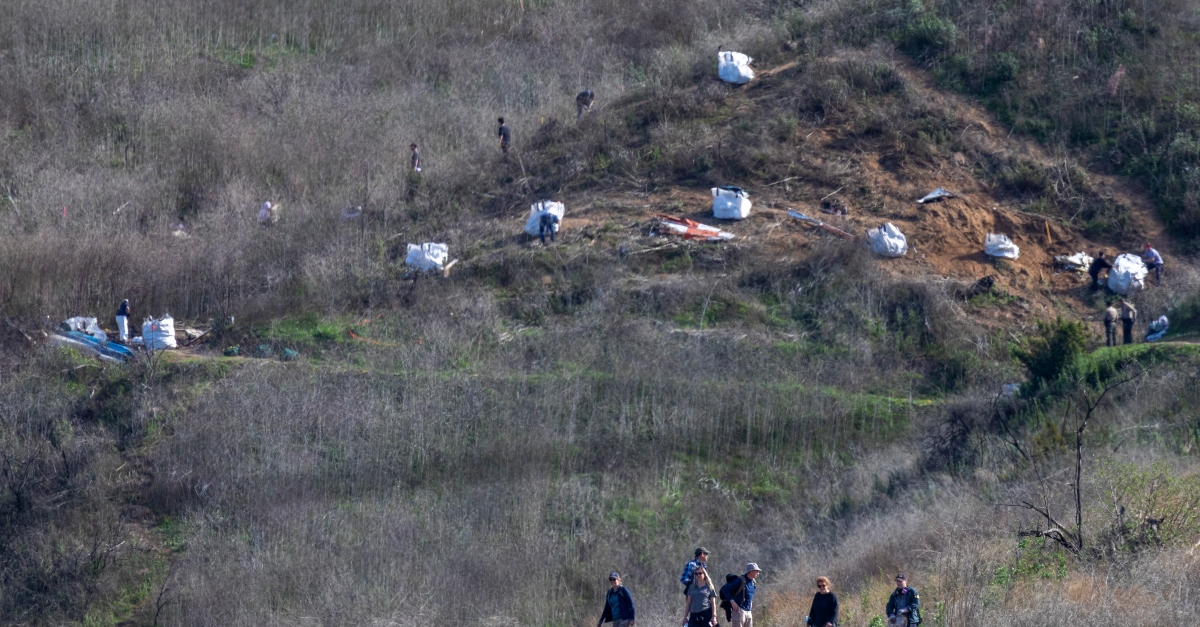 Investigators are seen working at the crash site on January 28, 2020.

Two Los Angeles firefighters faced possible termination after the department determined they took pictures of victims at the Kobe Bryant crash site, according to attorneys for widow Vanessa Bryant. A third employee, who was helping with press relations, faced suspension.

“According to the reports and letters, two Fire Department employees took photos of victims’ remains at the crash site that ‘served no business necessity’ and instead ‘only served to appeal to baser instincts and desires for what amounted to visual gossip,'” wrote attorney Craig Lavoie in a filing on Monday obtained by USA Today. “One of the employees, a safety officer who was at the site solely to monitor safety procedures, was observed taking graphic photos focused on the victims’ remains. Both of the employees who took photos of remains sent them to a third Fire Department employee who was on site to assist with press briefings and to respond to inquiries from the media.”

A civilian complaint alleged that a fire department employee shared pictures with “off-duty firefighters and their wives and girlfriends” while at an awards ceremony at a hotel in February 2020.

The two firefighters in question received “intention to discharge letters” in December, according to KNBC-TV.

It is unclear if the department carried out the firings. Los Angeles County Fire Department Capt. Ron Haralson declined to comment because of the pending litigation. The Los Angeles County firefighters union didn’t immediately respond to a Law&Crime request for comment.

The details stem from a lawsuit Vanessa Bryant filed after Los Angeles County sheriff’s deputies allegedly took similar pictures. In that case, the widowed Bryant accused the sheriff’s department of trying to cover up what occurred.

Nine people died as a helicopter traveled through foggy conditions in Calabasas, California on the way to a girls’ basketball tournament on January 26, 2020.

Separate lawsuits over the crash are fighting over whether Zobayan was responsible for the crash.