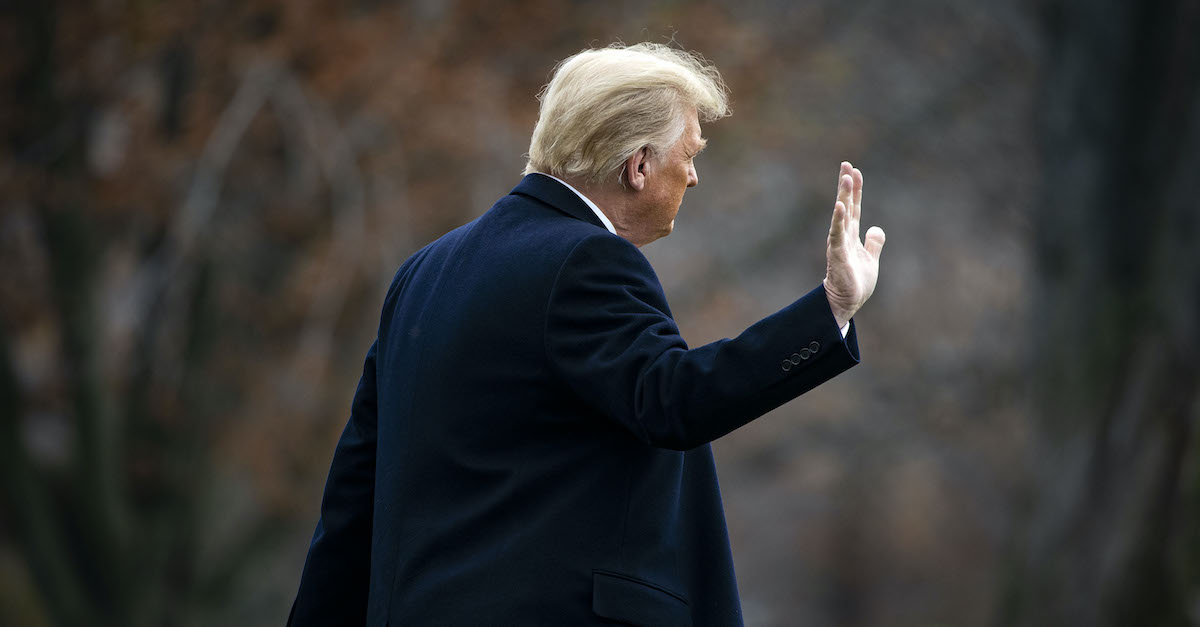 Advancing an investigation likely to trail the outgoing Commander-in-Chief long into his post-presidency, a Manhattan judge ordered the Trump Organization and its attorney to turn over documents to New York Attorney General Letitia James about an engineer for a 212-acre Westchester estate.

“Once again, justice and the rule of law prevailed,” James wrote in a statement following the ruling. “We will immediately move to ensure that the Trump Organization complies with the court’s order and submits records related to our investigation. My office’s ongoing investigation will continue, as we continue to follow the facts wherever they may lead.”

Manhattan Supreme Court Judge Arthur Engoron, who previously found those documents to be privileged, said his prior ruling “lost sight of the forest for the trees,” reciting his decision following more than 1.5 hours of oral arguments.

The ruling forces the Trump Organization to divulge reams of information about engineer Ralph Mastromonaco, who was retained to develop the Seven Springs estate, one of four properties currently subject to a broad investigation into whether Eric Trump and various corporate entities improperly inflated assets to obtain tax benefits.

“By Dec. 18, 2020 the Trump Org. must produce all communications with Ralph Mastromonaco to the New York Attorney General’s office,” Engoron ruled.

Two decades later, Trump agreed to establish a “conservation easement” to provide a habitat for rare salamanders and bats in 2015, assessing the value of that property’s feature at $21.1 million the next year.

Attorney General James, a Democrat who has been investigating this and other properties since March 2019, sent her assistants to court on Tuesday to encourage Judge Engoron to revisit a ruling that limited the evidence available her probe. Engoron had found in October that Mastromonaco’s communications with Trump Organization and its land-use attorney Charles Martabano were privileged.

“There is no accountant-client privilege, and there is no engineer-professional privilege,” Assistant Attorney General Eric Haren observed.

Trump Organization’s counsel Amy Carlin and Larry Rosen, both partners at the firm LaRocca Hornik Rosen Greenberg & Blaha, claimed that Mastromonaco’s communications became privileged when their counsel consulted with them. His documents related to his engineering work have been provided to the attorney general, they say.

It was an arguments that persuaded Judge Engoron before—but not on Tuesday.

Hints of the judge’s ruling were apparent early in the proceedings, when Engoron repeatedly appeared to be impressed with Haren’s arguments for revisiting his prior decision.

Judge Engoron has kept the attorney general’s investigation moving at a brisk pace, previously denying Eric Trump’s prior request to delay his deposition until after the election. The president’s son was in the hot seat in October.

In issuing his ruling, Judge Engoron received an assist from his top clerk Allison Greenfield, who repeatedly grilled the parties about the applicable standard for third-party privilege, whether that person needs to be only “helpful” to an attorney or provide “necessary” assistance. The Trump Organization’s counsel dodged the question, and the attorney general’s office opted for the latter answer.

That was ultimately the standard Judge Engoron applied, finding none of the documents he inspected showed Mastromonaco meeting that bar.

Trump Organization’s attorney Carlin did not respond to an email requesting comment.