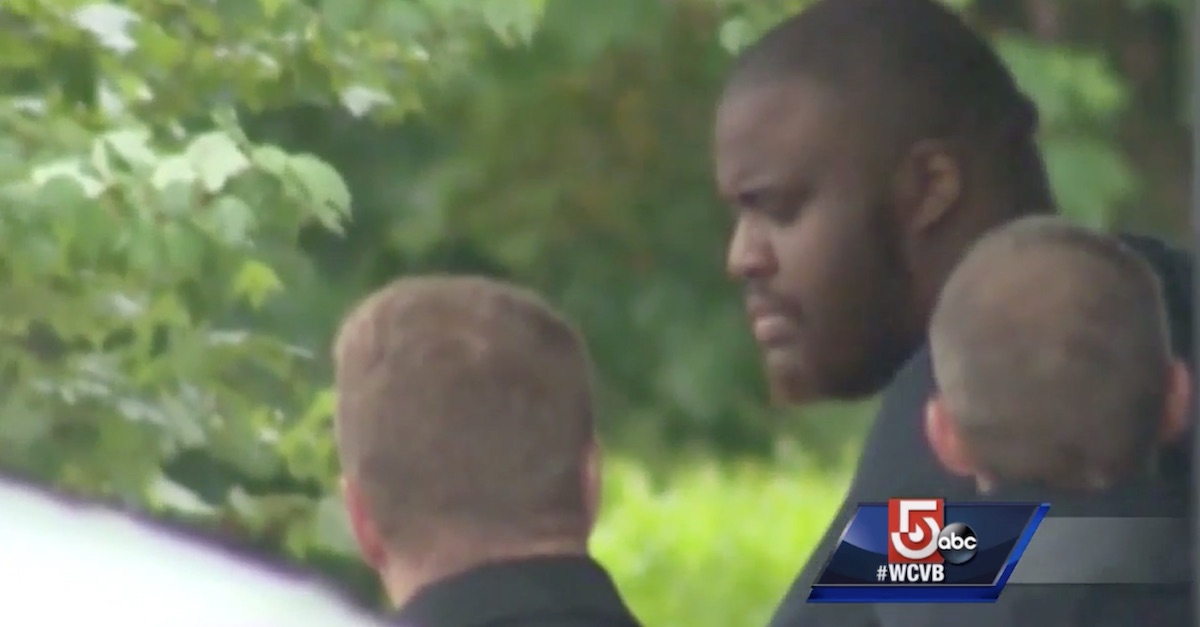 Federal prosecutors who’d won a 14-day trial in the case of a domestic terrorist must be shaking their heads right about now. The conviction against David Daoud Wright was just overturned by the Fifth Circuit, because the trial judge didn’t explain the law correctly to jurors.

Wright, 30, was convicted of conspiring to support ISIS, and plotting the death of right-wing blogger Pamela Geller. Geller had been and continues to be a controversial critic of Islam; prosecutors alleged that Wright, along with his uncle, Usaamah Rahim, and a third man, Nicholas Rovinski, conspired to decapitate Geller. The plot failed after Rahim was fatally shot by police during a separate attempted attack against authorities. When law enforcement began its investigation into Rahim’s shooting, Wright and Rovinski’s apparent plans to kill Geller were discovered, and the two were arrested.

Wright’s case was a high-profile one. According to Peter Kowenhoven, the FBI Assistant Special Agent in Charge, Wright had been, “a full-fledged soldier of ISIS.” The defense’s narrative, however, was markedly different. At trial, Wright testified on his own behalf, and said he’d only been engaging in an “ISIS role-play fantasy” because he was obese, addicted to video games, and lacked a social life. Wright said he had merely been attempting to escape his real life, and was “trash-talking” and “trolling” but hadn’t really supported ISIS.

Given that Geller wasn’t actually harmed, and that Wright was prosecuted for conspiring (as opposed to carrying out) violence, the applicable law was complex, and required lengthy instructions from trial judge William G. Young. Judge Young attempted to explain what was required of the jury:

They have to — the conspiracy has got to be, um, cognizant of and acting in coordination — it doesn’t have to be direct orders, but in coordination with the strategy, the tactics of the foreign terrorist organization, in this case ISIS.

The Fifth Circuit, however, wasn’t satisfied with those instructions. Writing for the Fifth Circuit on appeal, Justice David J. Barron called out the trial judge for giving an imprecise explanation:

…we conclude that, given the way that the words of the instruction juxtapose certain conduct that could suffice as “coordination” with certain conduct that could not, the instruction is most naturally read to state that “it” — on the government’s reading, “coordination” — could be “with the strategy, the tactics of the foreign terrorist organization” and so need not be with the organization itself.

The trial judge’s error wasn’t harmless, either. The Fifth Circuit found that the erroneous instructions deprived Wright of his rights, and accordingly, reversed Wright’s conviction for conspiring to support ISIS.

Wright was sentenced to 28 years behind bars and lifetime parole thereafter on his original convictions. He is currently serving that sentence in a federal minimum-security prison in Indiana. The case has been remanded to the District Court for further proceedings, and Wright remains convicted of conspiring to commit acts of terrorism beyond national boundaries, conspiracy to commit obstruction of justice, and two counts of obstruction of justice. There’s no word yet on how his sentence may be amended, or whether federal prosecutors will retry Wright on the terrorism charge.