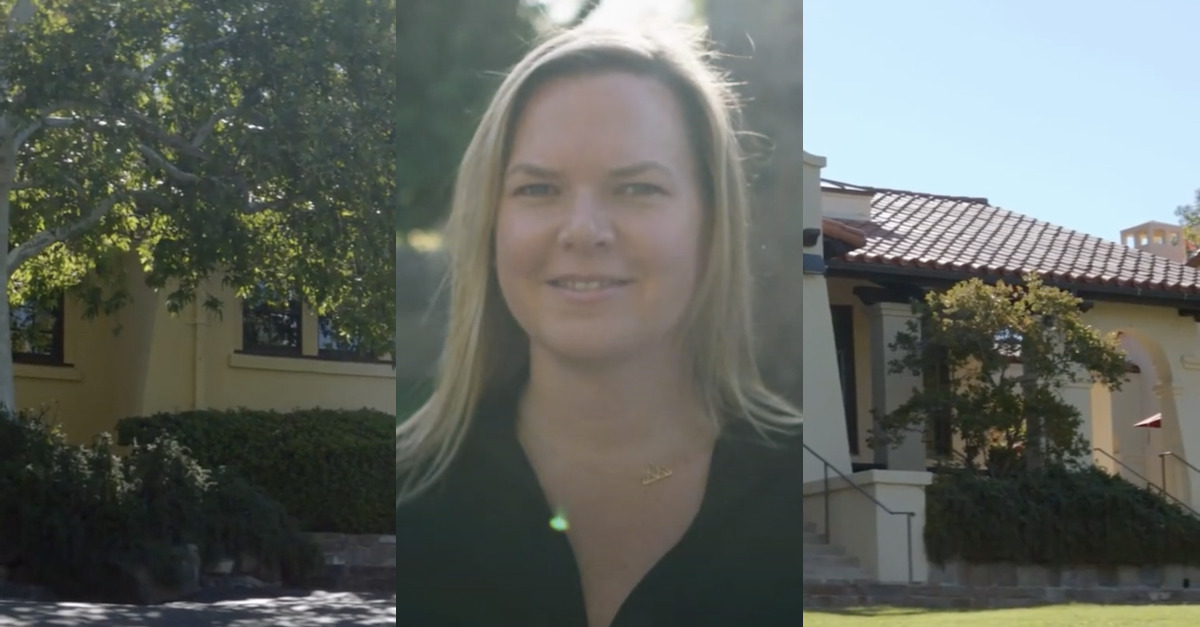 Blossom Pidduck and the facade of the Thacher School

Shortly after the publication of a Law&Crime investigation into a sex abuse scandal at a California boarding school linked to its founder’s direct relative, three top officials are heading out the door. The now-former head of school has stepped forward to say that she’s a survivor, too.

As first reported by Law&Crime last month, certain administrators at the Thacher School allegedly gave the founder’s direct relative a choice to leave the school or face exposure in a public report after an alleged “choking incident” occurred on campus in May 2021. An aftermath of attrition followed from three departing top staffers, including one who announced she was coming to terms with her own painful past.

“A Survivor Hidden in Plain Sight”

The Thacher School, in a series of public letters, announced on March 17, 2022 that current Head of School Blossom Pidduck was taking a leave of absence until the end of the summer. A source with knowledge of the situation previously told Law&Crime that Pidduck originally went on “indefinite leave” within days of our original report being published.

According to Pidduck, in a five-page letter explaining her decision, she is “one of the alums whose story is included in [an] initial” law firm report into Thacher’s long history of sexual misconduct.

That 91-page report was released in the summer of 2021, after the alleged choking incident, and was prepared by the selective law firm of Munger, Tolles & Olson, LLP (MTO). Notably, the investigation was spurred on by allegations of contemporary misconduct at the school made by Thacher community members on social media during the summer of 2020 but largely focuses on incidents that occurred during the 1980s and 1990s. A follow-up report has long been promised by both the school and MTO but has yet to be released.

“While the release of the MTO report was a profoundly important step for our community, it was, and continues to be for many, incredibly difficult and painful,” Pidduck’s letter dated March 17, 2022 says. “As head of school, I had prepared myself for the hurt and anger such a reckoning would bring, for taking responsibility for that hurt and anger, and for the work of creating a path towards healing. What I couldn’t prepare for was how it would feel to do that as a survivor myself, a survivor hidden in plain sight.”

For a long time, I have been fearful of what people would think if they knew this about me, of how it could be misunderstood or exploited, of how it might further burden this community. But in my own process of healing, I have come to understand that trauma of this kind feeds off shame and secrecy. Protecting this secret ultimately only protects those who have caused the harm.

Instead, I am choosing to be open and honest with myself and my community, not only about what has happened, but also the tremendous impact it has had on my and my family’s well- being. In order to be able to continue to do the work of supporting and caring for others, I need to take some time for my own healing.

“The Board fully supports her decision to take a leave of absence, and we look forward to welcoming her back at the end of the summer,” Thacher Board Chair Dan Yih wrote in an open letter provided to Law&Crime by Thacher Director of Communications Carly Rodriguez.

“The Rock Being Flipped Over”

Some members of the Thacher community have expressed frustration with Pidduck’s decision, accompanying explanation and the nature in which those choices were received by the school’s board.

Former board member and alumni parent Janice Day called on Pidduck to resign in a letter to the school’s board of trustees dated March 24, 2022. She also says the board should not welcome Pidduck back.

“As a ‘survivor’ twice over myself, I found Dan Yih’s description of Blossom’s letter as ‘courageous’ to be outrageous,” Day’s letter begins. “What she has done is the opposite of courageous.”

Day says Pidduck “could have disclosed this information at multiple points in her career” and that it was incumbent upon her to have done so much sooner because she “had a ‘duty of care’ to the children in her charge and a professional obligation to fully disclose the incident, particularly after a decision was made to hire MTO.”

An email staking out similar objections titled “For shame” was sent to the Thacher board on March 18, 2022, by Thacher alum Melissa Jensen. Law&Crime recently obtained a copy of this email.

Jensen identifies herself as a “survivor” of “sexual misconduct” perpetrated by a long gone former head of school at Thacher.

“I am appalled and disgusted by this latest missive from Dan Yih, lauding Blossom Pidduck’s bravery, and requesting even more understanding for the reprehensible string of responses to–I won’t say ‘revelation of sexual misconduct,’ because it was never truly hidden–the rock being flipped over,” her email says.

Jensen goes on [emphasis in original]:

This isn’t bravery. Bravery would have been standing up and speaking out years ago–for her charges. This is self-serving and callow.

The letter does not accuse Pidduck of any specific act of cover-up, except to criticize her for a scandal that occurred under her watch.

“In the meantime, Pidduck needs to resign permanently,” Jensen wrote. “And the board needs to follow.”

In a letter to “Thacher Families” dated March 18, 2022, Acting Head of School Hooper made references to Pidduck’s departure and explained that the school’s current Director of Student Life Sarah Schorn has “decided to leave Thacher at the end of the school year.”

The formal position, director of student life, was previously known as dean of students at Thacher.

“The parents and offending student were told at that time in August [2021] by the new dean of students that if the student voluntarily withdrew from the school, the incident would not impact the recommendations made by Thacher School to any of the colleges to which the student might apply,” one source told Law&Crime in our previous report.

In a March 28, 2022 letter to the Thacher board, former longtime Thacher trustee and audit committee chair Philip Pillsbury noted that “the new Dean of Student Life (formerly Dean of Students), Sara Schorn, who just joined the administration last year and is a [Pidduck] hire, will not be returning.”

Schorn came to Ojai after over eight-and-a-half years working at a prestigious preparatory school in Hawaii, replacing Thacher’s longtime dean of students Sabina McMahon in July 2021. According to Hooper, Schorn “decided to leave Thacher” after roughly nine months on the job.

“We do not comment on pending investigations,” Deputy District Attorney Brent Nibecker said. “Or what we’re looking into or not looking into.”