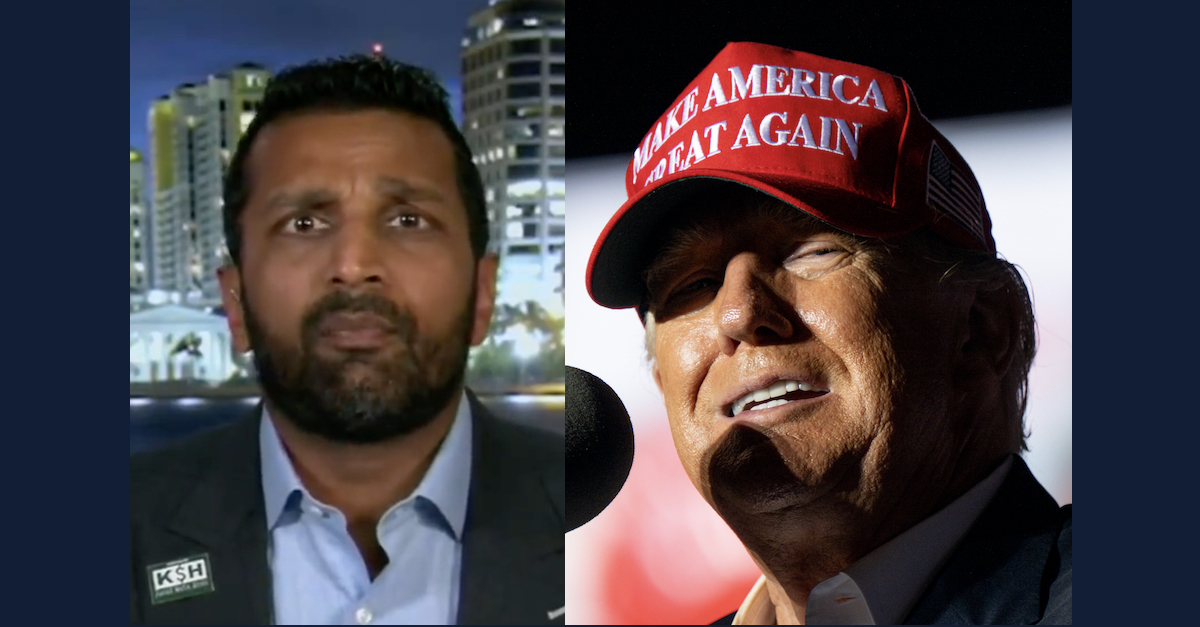 Legal experts believe federal prosecutors investigating a tranche of allegedly classified documents seized from Mar-a-Lago over the summer will obtain key testimonial evidence from a longtime ally of former president Donald Trump in the near future – evidence that will likely be used directly against the 45th president.

That ally is Kashyap “Kash” Patel, a former aide to long-serving ex-California congressman Devin Nunes, who resigned from Congress earlier this year and now serves as the CEO of the Trump Media & Technology Group. Patel previously worked as a counterterrorism prosecutor in the Justice Department’s National Security Division and eventually became a high-ranking national security aide to Trump.

In 2018, Patel authored the infamous “Nunes Memo” which alleged the FBI intentionally misled a Foreign Intelligence Surveillance Court judge regarding the origins of the Steele Dossier in order to unlawfully spy on the Trump campaign and help Hillary Clinton win the 2016 presidential election. In 2019, Politico reported that Patel “misrepresented” himself to Trump in order to have an outsized role on the administration’s Ukraine policy. Patel later sued the outlet over that reporting.

Trump’s Florida compound was searched by the FBI pursuant to a court authorized warrant in early August of this year. Near the end of that month, Patel took to the airwaves on Fox News to say that the documents still at the palatial estate had been declassified by the then-president nearly two years prior.

“In October of 2020, President Trump put out for the world to see a sweeping declassification order,” Patel told Life, Liberty & Levin host Mark Levin on Aug. 21, 2022. “And he did it via social media.”

“And then in December and January on the way out, I witnessed him declassify whole sets of documents,” Patel said later on.

According to The New York Times, citing “a person briefed on the matter,” Patel appeared before a grand jury earlier this month but repeatedly invoked his Fifth Amendment right against self-incrimination when asked about the former president’s documents case. That grand jury appearance was first reported by CNN.

That report goes on to note:

In response, prosecutors asked a top federal judge in Washington to force Mr. Patel to testify — a move fought by Mr. Patel’s lawyers, who are concerned the government wants to use Mr. Patel’s own statements to incriminate him.

“It looks like they’re closing in directly on Donald Trump,” Ryan Goodman, an attorney and former special counsel for the U.S. Department of Defense, told CNN after the Times report was released. “To be trying to pressure or put these folks in the situation where they will testify and kinds of evidence that they have point directly to Donald Trump.”

Goodman went on to contextualize the Times report as: “give him an immunity deal that he can’t, in some ways, refuse.” With a grant of immunity, the attorney explained, Patel would have no risk of criminal liability and would be incentivized to tell prosecutors what he knows.

“If that’s what they’re trying to do, that’s a pretty strong tactic at this stage,” Goodman summed up. “It sounds like they’re closing in…It’s not like it leads from Kash Patel to somebody else.”

That view was echoed by other attorneys, including those staunchly critical of the former president.

“Once DOJ grants Kash Patel immunity, his 5th Amendment rights against compelled self-incrimination will evaporate,” Harvard Law Professor Laurence Tribe tweeted, linking to the Times report. “He will then be forced to tell the truth about Trump’s role in the Mar-a-Lago crimes against America’s national security. The jig will be up.”

Former federal prosecutor Renato Mariotti posted a lengthy thread about the latest developments in the case, including several comments about Mar-a-Lago (and former Trump White House) employee Walt Nauta, who has reportedly given investigators conflicting accounts and may find himself targeted soon.

“As for Patel, his story that he was in a room with Trump while he was president when he supposedly verbally declassified documents is very difficult to believe,” Mariotti tweeted. “Prosecutors are right to try to lock that down, and Patel was right to avoid repeating that lie under oath.”

The thread went on:

11/ All of this suggests that DOJ is pressing forward with a criminal investigation and that Trump is their target. That’s significant news that suggests that they won’t be satisfied by a deal in which Trump gives them any remaining documents.