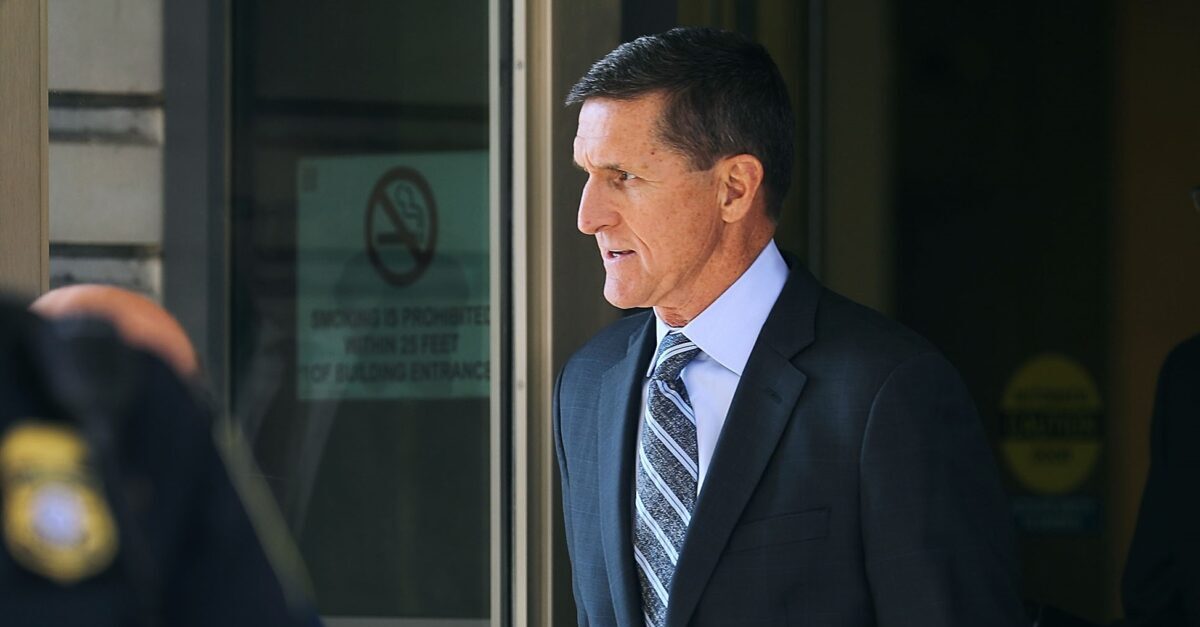 A team of former Watergate prosecutors is asking U.S. District Judge Emmet Sullivan to allow them to intervene in the derailed-but-not-scrapped prosecution of President Donald Trump‘s former National Security Advisor Michael Flynn. Flynn has requested to withdraw his guilty plea; the Department of Justice has concomitantly filed to dismiss the case. These are the 16 women and men asking the judge to hear their arguments about the possibility of keeping the case alive and possibly even moving to sentence Flynn.

Several of these individuals have connections to CNN and MSNBC; at least one is a contributor to the Federalist Society; several have worked for both Republicans and Democrats; one ironically went on to work for the solicitor general who fired the Watergate special prosecutor. That’s right: one of the Watergate prosecutors went to work for the man who fired the lead prosecutor. All of the lawyers listed below except Frank Tuerkheimer previously called for Trump to be impeached. (Conversely, two Watergate prosecutors who called for Trump’s impeachment are not listed below on the Flynn matter; one of them, Larry Hammond, recently died.)

Nick Akerman is an attorney in private practice who focuses on racketeering, espionage, computer fraud, securies, and foreign corrupt practices cases. He is a former federal prosecutor who appears on MSNBC and in the Washington Post, the New York Times, and other publications, his official biography states.

Richard Ben-Veniste served not only as a Watergate prosecutor; he also served as a prosecutor for the Senate Whitewater Committee (minority) and on the bipartisan 9/11 Commission. He also is a former CNN legal analyst from 2017 to 2019, his official biography states.

Richard J. Davis is an attorney in private practice with experience working for Republicans and Democrats. He served on a commission to combat police corruption under former New York Mayor Rudy Giuliani, who is now one of Trump’s attorneys, and also “testif[ied] as an expert” for former President Bill Clinton in Clinton’s impeachment proceedings. Davis also served “as the court-appointed Examiner in the Caesars [Casino] Bankruptcy,” his biography notes.

Carl B. Feldbaum served as chief of staff to former Senator Arlen Specter (D-Pa.) before working in biotechnology. He also worked for Palomar, a D.C.-based “national security think tank,” and was an inspector general for defense intelligence, his biography indicates.

Kenneth S. Geller, per his official biography, has “argued more than 40 cases before the U.S. Supreme Court,” “many of them for household names such as Ford, Chrysler and GM.” He was Deputy Solicitor General from 1979 to 1986 and Assistant to the Solicitor General from 1975 to 1979, spanning the administrations of presidents from both parties. Notably, Geller worked under Robert Bork, the solicitor general who ultimately pulled the trigger and fired Watergate Special Prosecutor Archibald Cox at the bequest of President Richard Nixon as part of the Saturday Night Massacre.

Stephen E. Haberfeld is a former U.S. Magistrate Judge in the Central District of California. He is now a private mediator who works for a large alternative dispute resolution firm used by many, many companies and people, including Trump. Magistrate judges are not nominated by presidents.

Henry L. Hecht has been a professor at U.C. Berkeley Law since 1983.

Paul R. Hoeber is another former Brennan law clerk. He was also a public defender. Federal and state documents say he also went on to teach at U.C. Berkeley. He at one point argued a Supreme Court case against Laurence Tribe.

Philip Allen Lacovara is a former vice president and senior counsel at General Electric who “argued more than a dozen cases in the U.S. Supreme Court, including United States v. Nixon in 1974.” The Nixon case resulted in a unanimous ruling that claims of executive privilege were reviewable by the Court. Lacovara also served as a special assistant to then-Solicitor General Thurgood Marshall before Marshall was elevated to the Supreme Court. “He was one of those larger-than-life characters who taught me a great deal about the human side of the law,” Lacovara said of Marshall. Lacovara spoke at length in a 2005 interview about the Saturday Night Massacre; the interview was enlightening as to the internal drama.

Paul R. Michel is a former Chief Judge of the Federal Circuit Court of Appeals in Washington, D.C., which hears patent appeals and other specific cases.  Michel was nominated by President Ronald Reagan and is listed as a Federalist Society contributor.

Robert L. Palmer is an attorney in private practice in Los Angeles. His official biography says he deals primarily with “banking and finance, securities, real estate, and the False Claims Act.” He has also represented Guantanamo Bay detainees and written about their cases.

Frank Tuerkheimer is a professor at the University of Wisconsin School of Law. His official biography notes that during Watergate, “he was in charge of the investigation into illegal dairy industry contributions and was chief trial counsel in the case against former Secretary of the Treasury John Connally.” Tuerkheimier has also represented the Sierra Club, the Natural Resources Defense Council, and a death row inmate.

Jill Wine-Banks is an MSNBC contributor and legal analyst who wrote The Watergate Girl: My Fight for Truth and Justice Against a Criminal President. She was previously Executive Vice President and Chief Operating Officer of the American Bar Association and worked as a lawyer for Maytag and Motorola. She was also general counsel for the U.S. Army.