‘The Problem Is We Need Some Money’: Giuliani Reveals Foreign Dealings, Lack of Cash in Accidental Call to Reporter 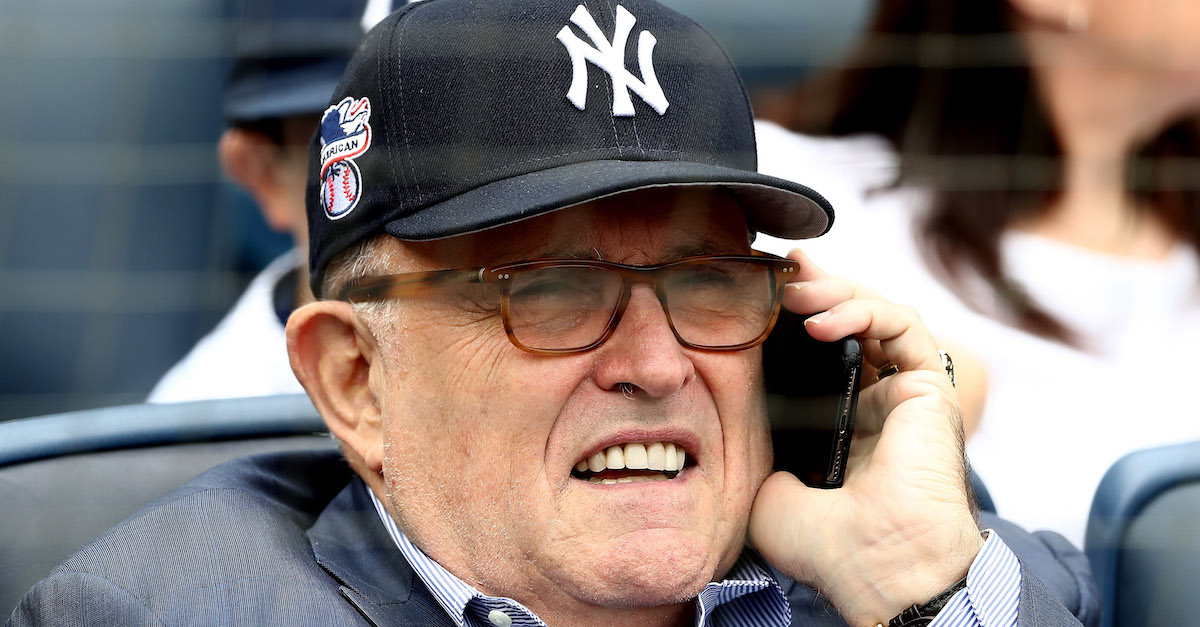 According to the NBC News, Giuliani asks: “Is Robert around?” An unknown man in the same room answers: “He’s in Turkey.”

Per that blockbuster report:

Giuliani replies instantly. “The problem is we need some money.”

The two men then go silent. Nine seconds pass. No word is spoken. Then Giuliani chimes in again.

“We need a few hundred thousand,” he says.

“I’d say even if Bahrain could get, I’m not sure how good [unintelligible] with his people,” the unknown man replies.

Documents sent to U.S. District Judge for the Southern District of New York Richard Berman by Giuliani in 2017 reveal that Greenberg Traurig had a contractual agreement to represent the Gephardt Group–a consulting firm headed by former Democratic House Majority Leader Dick Gephardt. That group also had an agreement with Turkey to act as their lobbying agents beginning in 2014.

Giuliani’s tangled Turkish connections recently came to a head when it was revealed he pressed Trump himself to intervene in the case of Iranian-Turkish gold trader Reza Zarrab, who is accused of “playing a central role in an effort by a state-owned Turkish bank to funnel more than $10 billion worth of gold and cash to Iran, in defiance of United States sanctions designed to curb Iran’s nuclear program.”

Giuliani hid behind a fabricated claim of attorney-client privilege when those discussions were reported on by the New York Times.

Giuliani was officially brought onto the Zarrab matter in 2017 and traveled with his former partner Michael Mukasey in that ill-fated attempt to negotiate Zarrab’s release. The accidental recording suggests that Giuliani may still be working on the Zarrab case.

In the voicemail, Giuliani tells the unidentified man that he’s “got to call Robert again tomorrow.”

“I gotta get you to get on Bahrain,” he says to the unknown man.

Giuliani also references a potential fraud case involving one of his associates.

“You know,” he tells the mystery man. “Charles would have a hard time with a fraud case ‘cause he didn’t do any due diligence.”

The Charles in question is currently unknown as well.

Giuliani reportedly mentioned Joe Biden and Hunter Biden on the call as well.

“When [Joe Biden] became vice president, the kid decided to go around the world and say, ‘Hire me because I’m Joe Biden’s son.’ And most people wouldn’t hire him because he had a drug problem,” he said of Hunter. As for Joe Biden? Giuliani claimed he “has been trading in on his public office since he was a senator.”

The call was made to NBC News’s Rich Schapiro at 11:07 p.m. on October 16–while the reporter was asleep. The entire length of the recording is exactly three minutes, according to Schapiro.