Who Is Joyette Holmes? | Law & Crime

The Ahmaud Arbery Case Is Getting a New Prosecutor 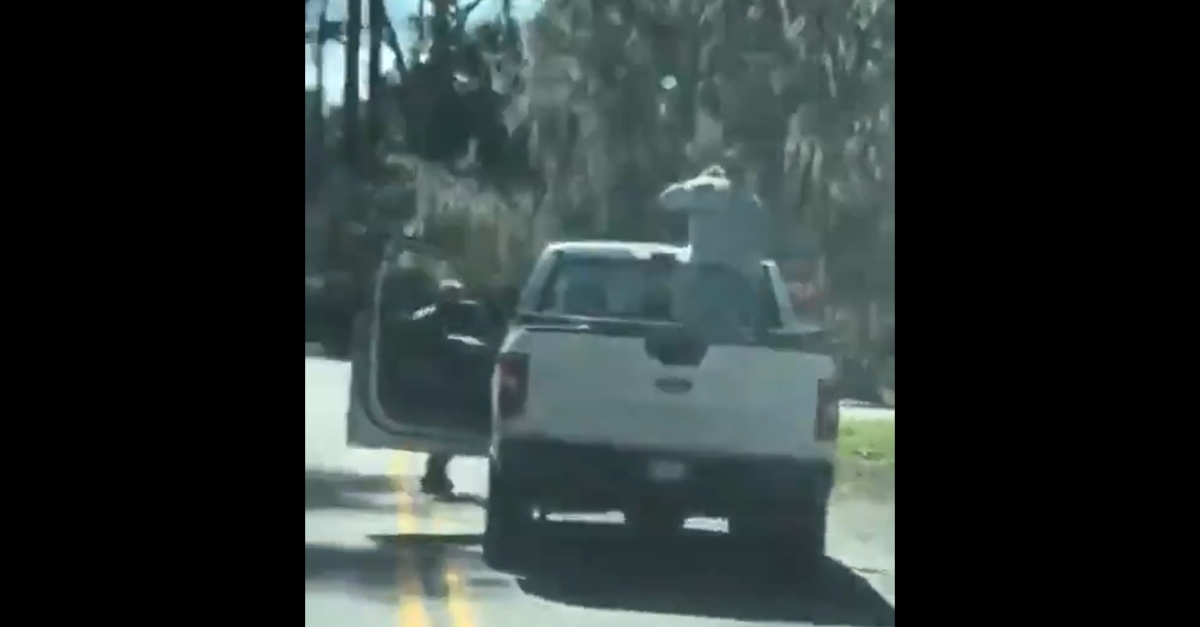 Update – May 11, 4:35 p.m.: District Attorney Joyette Holmes announced that she was the new prosecutor. Our original article is below.

The Ahmaud Arbery case is reportedly going to have its fourth prosecutor. Georgia Attorney General Chris Carr will put Joyette Holmes, District Attorney of the Cobb Judicial Circuit, in charge, according to WSB-TV.

The outlet said that their reporter Richard Belcher learned this. The information has not been publicly confirmed, but The Atlanta Journal-Constitution said they were able to check in with a “a source with knowledge of the discussions between Holmes and state officials.”

Arbery was shot and killed in Brunswick, Georgia on February 23. At the time, Gregory McMichael allegedly told police that he and his son Travis McMichael confronted him because they believed he was the suspect in a recent string of burglaries. Travis killed Arbery in self-defense, according to this account. No charges were immediately filed, but newly leaked video appeared to show that the McMichaels instigated the confrontation by blocking the alleged victim with a pickup truck. The defendants are charged with murder, and aggravated assault. Arbery’s family said he was jogging at the time.

Officially speaking, the Arbery case is on its third prosecutor. First, it was Jackie Johnson, District Attorney of the Brunswick Judicial Circuit. She ended up recusing herself because the elder McMichael used to be an investigator in her office. Waycross County District Attorney George E. Barnhill was the second prosecutor, but he recused too after Arbery’s mother Wanda Cooper-Jones argued there was a conflict of interest because Barnhill’s son worked in the Brunswick DA’s office. The third and current prosecutor is Tom Durden, of the Atlantic Judicial Circuit.

This also suggests that if there is a change of venue in the #AhmaudArbery case, it could come to Cobb County, GA (where my office is) since Glynn County and Cobb County have a history of accommodating each other’s venue change cases. The jury demographics are similar. https://t.co/JlGL5K5cg3

Holmes had been a chief magistrate judge as a Republican, and was in fact the first woman and black person to serve in the position in Cobb County, and also as district attorney. All this is worth mentioning because the Arbery case lands in a cultural fissure: The alleged victim was black, and the defendants are white.