‘That Is a Total Violation’: Trump Calls for the Prosecution of John Kerry Under the Logan Act 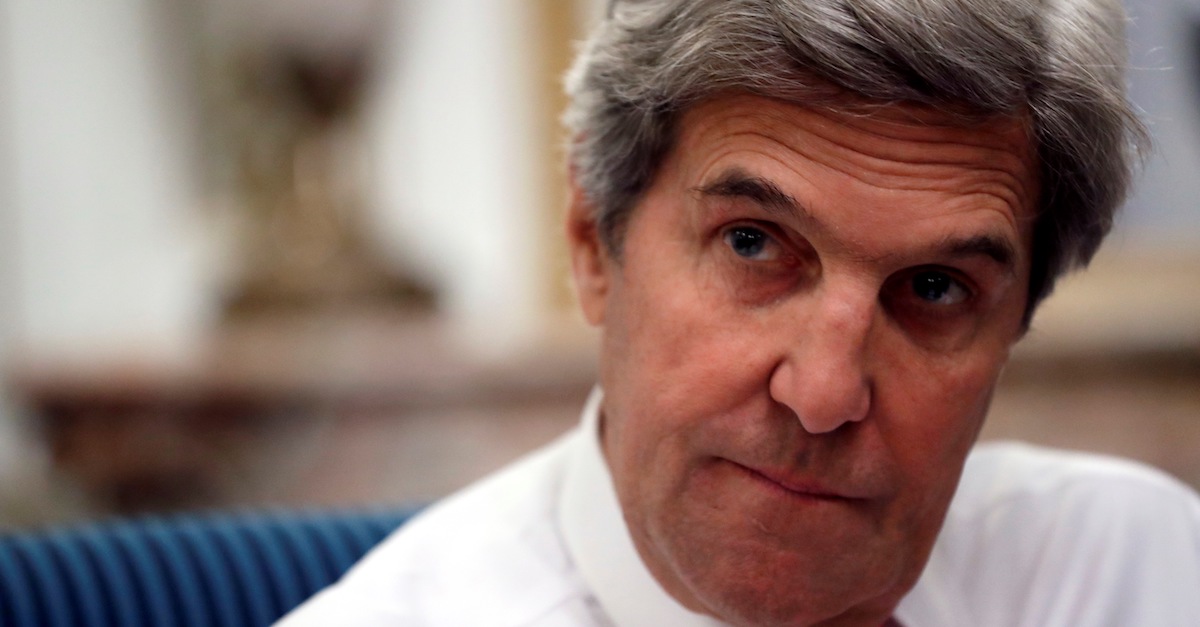 President Donald Trump called for the prosecution of former Secretary of State John Kerry for his negotiations with a foreign government, namely Iran. In particular, Trump said Kerry violated the Logan Act.

“He’s talking to Iran and has been, has many meetings and tells them what to do,” Trump added. “That is a total violation of the Logan act.”

The Logan Act came up before in the context of fired National Security Adviser Michael Flynn. At the time, it was noted that the Logan Act is a 1799 law that is “rarely enforced” and has “never been used to successfully prosecute any American citizen.”

Trump just called for John Kerry to be prosecuted for violating the Logan Act.

Ironically when it appeared that Michael Flynn and other Trump associates violated the Logan Act, Trump’s allies argued (correctly) that there had never been a successful Logan Act prosecution.

Only two people have ever been indicted for a Logan Act violation, and neither of them were convicted.