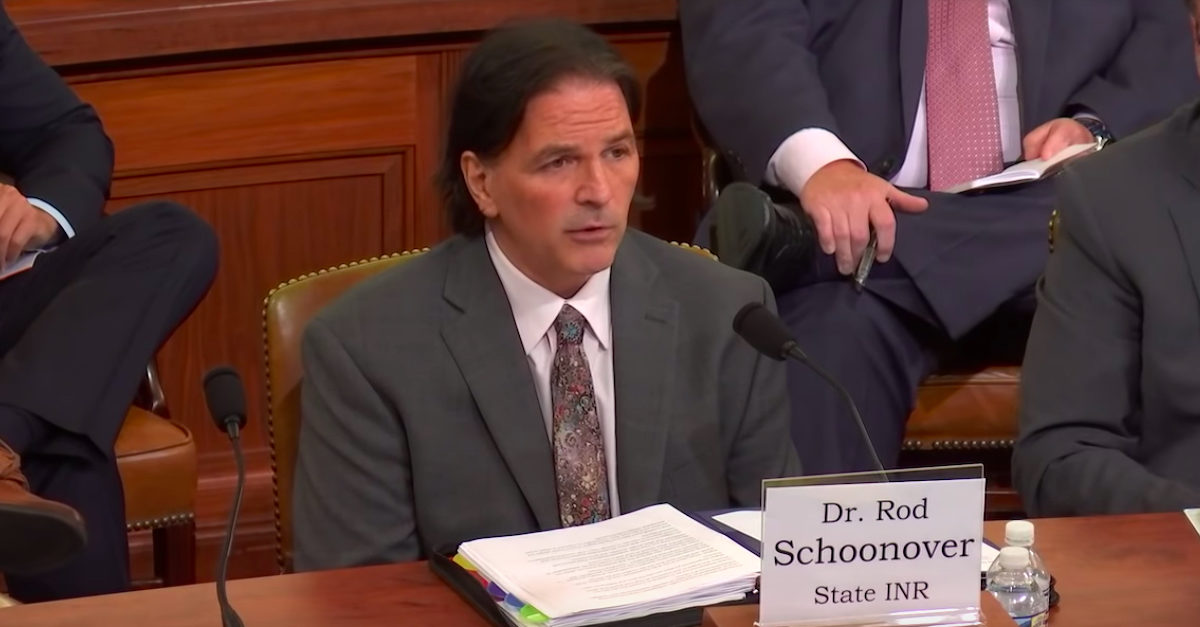 The Wall Street Journal reported Wednesday that Rod Schoonover, who worked in the Office of the Geographer and Global Issues’ Bureau of Intelligence and Research, submitted his resignation, effective Friday, after learning that his findings would not be viewed by Congress.

Schoonover’s report. which cited peer-reviewed scientific journals and intelligence reports, was suppressed due to its conclusion that climate change could have wide-ranging national security impacts that could greatly increase humanitarian crisis around the globe.

In response to Schoonover’s resignation, Rep. Adam Schiff (D-Calif.) said that the committee would be inviting him to testify before the panel “to shed light on the alleged efforts to censor his written testimony.”

The Washington Post reported last month that senior White House officials sought to prevent sections of Schoonover’s prepared statement from reaching the House Intelligence Committee, specifically, those portions which contained any mention that human-induced climate change could be “possibly catastrophic.”

The Post reviewed Schoonover’s prepared remarks which explained how the rise in global temperatures could potentially acidify oceans and exponentially exacerbate food, water, and housing shortages around the world.

Schoonover, who has served in the federal government for roughly a decade according to his LinkedIn profile, has not responded to requests for comment. Prior to working at the Bureau of Intelligence and Research, Schoonover served as director of environment and natural resources at the National Intelligence Council and as a professor of chemistry and biochemistry at California Polytechnic State University.