Someone Hacked the Website of the Attorney Representing One of New York Gov. Andrew Cuomo’s Accusers 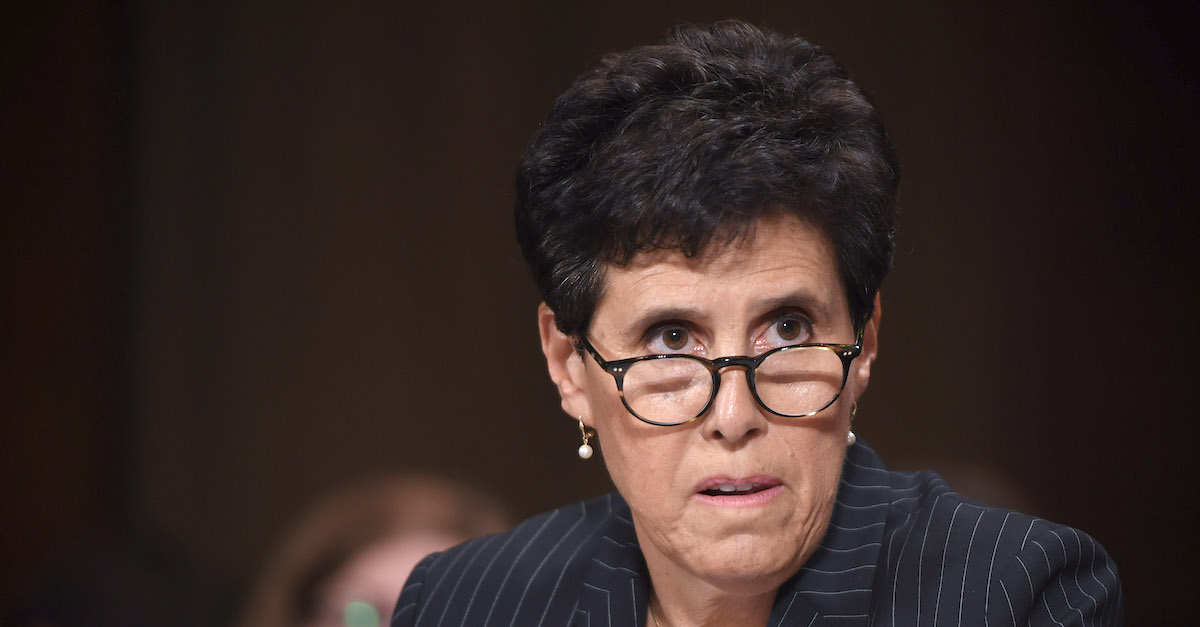 The splash page for kmblegal.com simply contained the phrase “AGENT-TEST” for hours before the firm was able to restore service to the website late Saturday morning.

“Our website has been restored and we have reported the hack to law enforcement,” the firm said to Law&Crime in a statement Saturday afternoon.

That outage was first noted by Jesse McKinley of The New York Times via Twitter.

News of the hack quickly elicited a response from another former Cuomo aide, Lindsey Boylan, who was the first woman of three so far to come forward with allegations of sexual misconduct against the three-term New York Democrat.

“But why don’t women just come forward???” she sardonically tweeted in an attempt to skewer critics who often blame women for not immediately going public with allegations against powerful men. Many of Cuomo’s defenders have leveled such accusations at the women who have accused the governor of sexual harassment.

Notably, Bennett and Katz say that Bennett did, in fact, come forward with her allegations as the alleged abuse was occurring. Those allegations, however, were not immediately investigated, they say. Katz says that failure was a violation of the law contained within an order signed by Cuomo himself and is otherwise indicative of “a culture of abuse, harassment and secrecy.”

Katz addressed that issue in a recent interview with NPR:

In fact, when [Bennett] detailed what the governor had done to her, they said the right things. They expressed appreciation that she came forward. They apologized that this had ever happened. But their focus was immediately toward transferring her, getting her out of this situation. And what they should have said is, thank you for coming forward; we will protect you from retaliation, and we have a mandatory duty to report this and to have this fully investigated. What they did was just the opposite. When she expressed concerns and fears about retaliation, they essentially told her that they did not have to investigate this because she said that the governor had groomed her for sex or was trying to groom her for sex, and the legal counsel said that’s not sexual harassment, and therefore we do not have to run this to ground.

Boylan originally said she was sexually harassed by Cuomo late last year via Twitter but was largely ignored by the media and the political establishment. She then penned a Medium post in late February which detailed her allegations that Cuomo propositioned her for strip poker and forcibly kissed her without her consent.

Three days later, The New York Times ran a lurid report alleging that Cuomo groomed Bennett while she worked in the governor’s office. According to the former aide, Cuomo allegedly used his position of power to ask inappropriate questions about her love life, appeared fixated on her being a survivor of sexual assault, and when she was considering a tattoo, he suggested she get it on her backside so no one would see it if she wore a dress.

The quick succession of allegations prompted a series of calls for Cuomo’s resignation and a mad dash for New York Attorney General Letitia James to launch a truly independent investigation fully free from Albany’s reach and influence. A third misconduct allegation lodged by Anna Ruch intensified those calls for the governor to resign. He has, so far, resisted those demands. He has also denied the most lurid factual accusations.

Cuomo said his “intent” — which he admitted was irrelevant — was not to harass people, yet he recently apologized for doing things which made people “uncomfortable.”

Bennett announced that she had obtained Katz as her attorney on March 1 in a lengthy joint statement.

The lawyers of Katz, Marshall & Banks are nationally recognized leaders in the areas of whistleblower law, employment law, sexual harassment law, Title IX discrimination, and civil rights and civil liberties matters. They provide expert advice and representation on a wide range of whistleblower matters, including whistleblower retaliation cases and reward programs before the Securities and Exchange Commission and other federal programs. They are dogged advocates for their clients and are highly regarded by their adversaries for their tenacious representation of their clients. The firm is based in Washington, D.C., with an office in Philadelphia, and they handle cases nationwide.