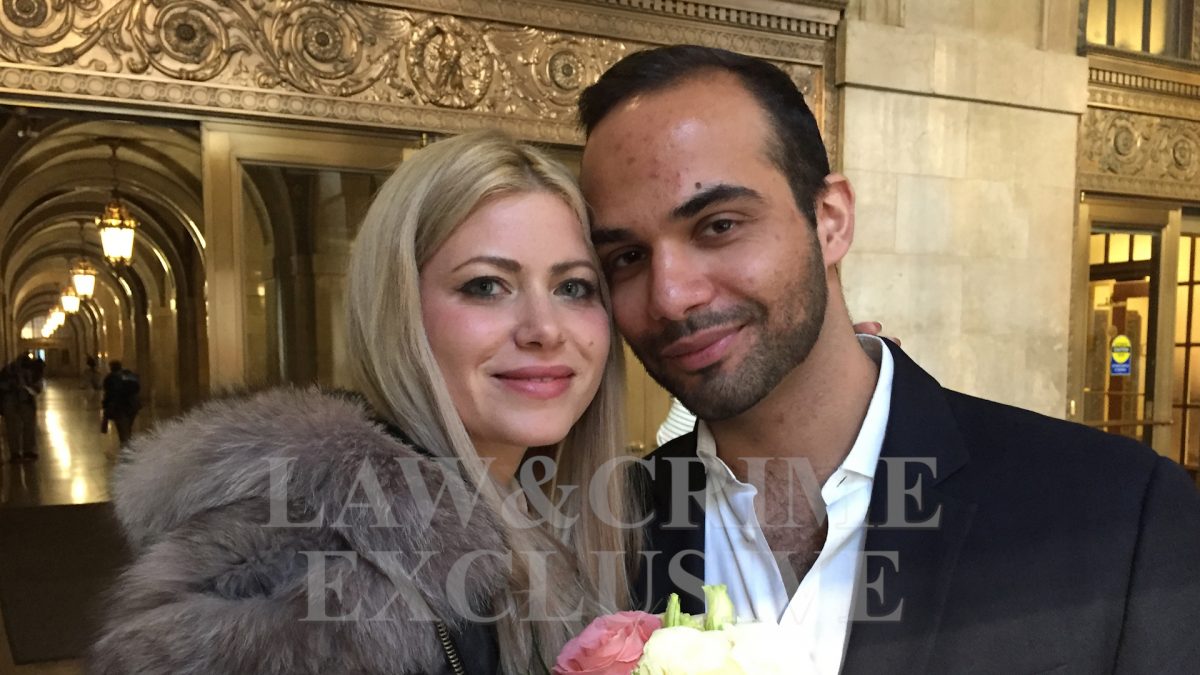 Update, Tuesday, March 10: Mangiante now says that “some things” she said on Monday about her husband on social media were “untrue,” and that they will get counseling instead of divorcing.

“Regrettably, out of anger, I said some things that were untrue about my husband, George Papadopoulos yesterday. We’re a young married couple who have been through many difficult days as you’re aware. It has not been easy adjusting,” she said. “Social Media is not the best place to air out our disagreements and I have apologized to him and now to you. I love him deeply and dearly and I know he loves me too. To assist us in working things out, we both have agreed to enter into counseling. Keep us in your 🙏.”

Padopopoulos replied, “It’s you and I to the end, agapi,” which means love in Greek. A heart emoji was included in the tweet.

It wasn’t so long ago that Law&Crime brought you video of Simona Mangiante and George Papadopoulos’s wedding at a Chicago courthouse. But Mangiante said Monday on Twitter that the two are getting a divorce.

Officially divorcing @GeorgePapa19 after the months of abuses and ultimately the huge disrespect he showed this morning in his podcast. I am tired of him and playing his wife . He is a monster t

“Officially divorcing @GeorgePapa19 after the months of abuses and ultimately the huge disrespect he showed this morning in his podcast. I am tired of him and playing his wife,” she tweeted. “He is a monster t [sic].”

Law&Crime can confirm that this pinned tweet was neither the result of a hack nor a joke. When reached by Law&Crime, Mangiante confirmed her Twitter post announcing a divorce.

“It’s true,” she said, adding that she was staying in a hotel.

There were other tweets as well in which Mangiante called Papadopoulos a “traitor” and a “grifter.”

he shared some laugh after he cause his wife to cry and leave the premises:) what a man! abuses is all he knows https://t.co/9RDm0dCVQr

I can't compromise integrity and respect. @GeorgePapa19 is grifter and an opportunist who only used me when on hid knees To disrespect me and abuse me as soon as he thought he had a High. he is an horrible human https://t.co/szpqCTyfC7

Poor @fleccas who witnessed an abuser talking down to his wife and stil joined his podcast ! Laughable bunch of hypocrites. I won’t sell my dignity for a 1 M dollars . @GeorgePapa19 you are a disgusting traitor. I regret defending you

“I regret defending you,” she said.

Mangiante briefly deleted her account, then deleted the tweet saying she and her husband were “officially divorcing.” The other tweets remained.

Taking a pause off Twitter until I will release a proper interview with all details.

Moments ago, Papadopoulos tweeted, “Hell of an episode today, guys.”

Papadopoulos is a former Trump campaign aide who spent 12 days in prison after being caught up in the Mueller probe. When he emerged, the 32-year-old once dismissed as a “coffee boy” by his former allies said he was railroaded. He pleaded guilty to lying to the FBI.

Law&Crime’s Brian Ross and Rhonda Schwartz were the only reporters in attendance at the Mangiante-Papadopoulos wedding. Video of that day was shown exclusively on Law&Crime.

Rhonda Schwartz contributed to this report.