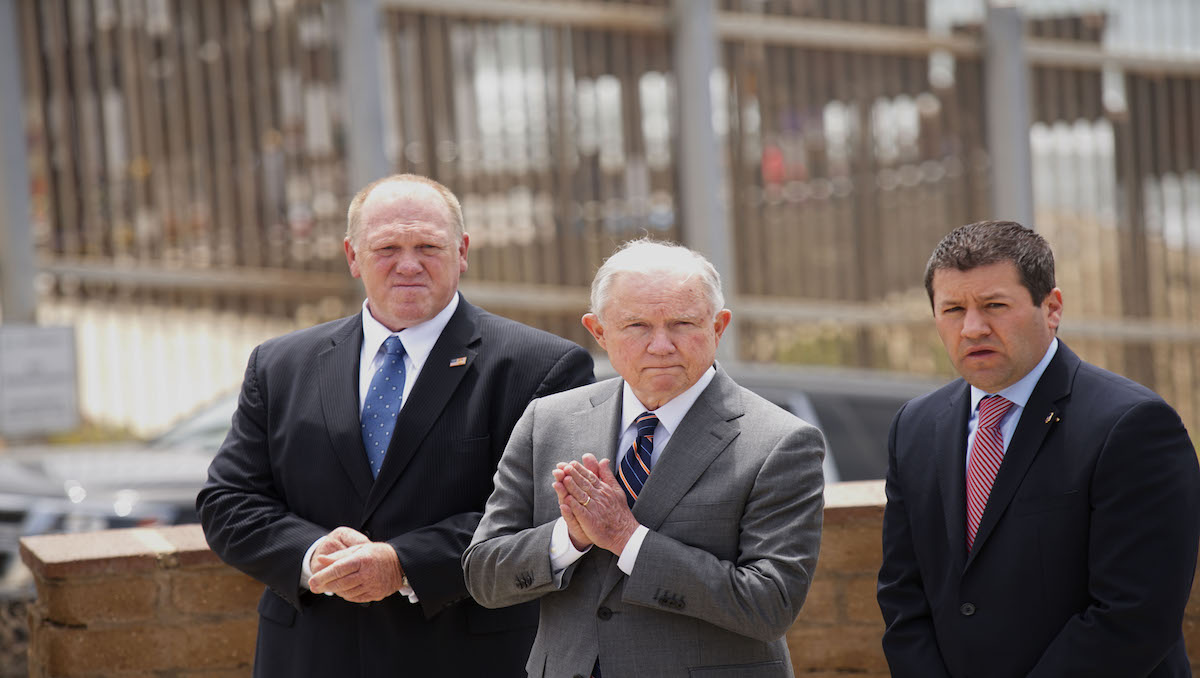 Attorney General Jeff Sessions is being brought up on “church charges” by the United Methodist Church over his enforcement of zero tolerance policies which separate children from their parents who illegally cross at the U.S.-Mexico border. These charges could result in Sessions’ expulsion from the church.

A June 18 statement issued by over 600 clergy and laity begins by remarking upon the extraordinary nature of the charges:

The complaint goes on the outline the specific charges in detail.

Sessions is accused of violating section 2702.3 of the 2016 United Methodist Book of Discipline and is formally accused of: (1) child abuse; (2) immorality; (3) racial discrimination; and (4) apostasy in the form of “Dissemination of doctrines contrary to the standards of doctrine of the United Methodist Church.” The charging document is an acrid indictment of Sessions’ time as attorney general and appears to pull very few punches.

The child abuse and immorality charges are centered on Sessions’ enforcement of the Trump administration’s zero tolerance immigration policy, which has resulted in children being separated from family members who are being prosecuted. According to the Methodist group, Sessions is being charged with “holding thousands of children in mass incarceration facilities with little to no structured educational or socio-­emotional support,” as well as using “violence against children to deter immigration” and “directing employees and staff members to kidnap children from their parents.” Various other examples are given as well.

The racial discrimination charges also touch upon the administration’s decision to treat asylum-seekers as criminals subject to prosecution and the family separation that goes along with it. The charges of racism, however, are mostly focused around Sessions’ relationship with the African American community. The document accuses Sessions of “stopping investigations of police departments charged with racial discrimination,” and “attempting to criminalize Black Lives Matter and other racial justice activist groups.”

As for the violation of doctrine charges, the Methodist group cites Sessions’ alleged, “misuse of Romans 13 to indicate the necessity of obedience to secular law, which is in stark contrast to Disciplinary commitments to supporting freedom of conscience and resistance to unjust laws.”

A prominent authority on church history and politics noted that this may be the first time a complaint against a lay member ever advanced past the district level. Reverend William Lawrence, professor emeritus at Perkins School of Theology, said, in a story issued by the United Methodist News Service:

I’m not aware of any circumstance in the 50-year history of The United Methodist Church when a complaint against a lay person moved beyond the stage of its resolution by a district superintendent or a pastor.

Lawrence also signaled that Sessions could be excommunicated from the church as a result of the charges, but hopes it doesn’t happen. He continued:

I hope his pastor can have a good conversation with him and come to a good resolution that helps him reclaim his values that many of us feel he’s violated as a Methodist. I would look upon his being taken out of the denomination or leaving as a tragedy. That’s not what I would want from this.

A copy of the charges was forwarded to Sessions’ home church in Alabama. Law&Crime reached out to both of Sessions’ churches for comment on the matter but no response was forthcoming at the time of publication. Similar requests to the Department of Justice and Sessions’ press team went unanswered as well.