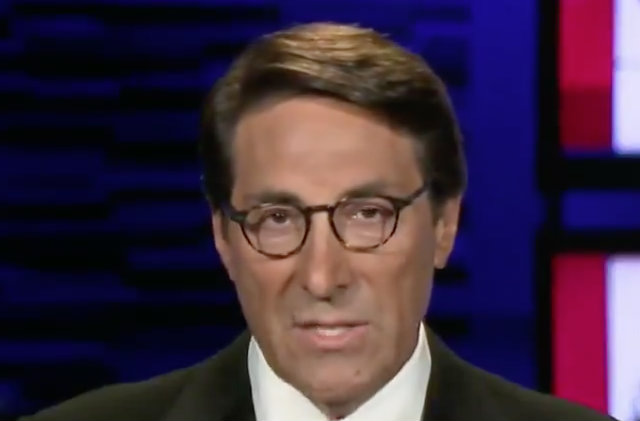 A fact-check just punctured a huge hole in one of the president’s personal lawyers’ latest justifications. On Sunday, attorney Jay Sekulow suggested if Donald J. Trump, Jr.‘s June 9, 2016 meeting with a Russian lawyer was a problem, then the Secret Service would’ve stopped it. But a Secret Service spox said they weren’t even protecting him at the time.

Reuters reached out to Secret Service for comment. They got an answer on Sunday: That protection didn’t extend to the son.

“Donald Trump, Jr. was not a protectee of the USSS in June, 2016,” spokesman Mason Brayman wrote in an email. “Thus we would not have screened anyone he was meeting with at that time.”

Starting July 9, The New York Times released a series of articles showing Trump Jr., then-campaign manager Paul Manafort, and current Senior Adviser (and son-in-law) to the President Jared Kushner met with Russian lawyer Natalia Veselnitskaya to get dirt on Democratic candidate Hillary Clinton. Junior tweeted emails Tuesday showing that publicist Rob Goldstone, who set up the meeting, promised him this was part of the Russian government’s support for his father’s candidacy. The Associated Press reported Friday that Russian lobbyist and alleged former spy Rinat Akmestshin attended the June 9, 2016 meeting too. He said Veselnitskaya brought the documents purporting to show illicit funds funneled to the Democratic National Committee. (The attorney claimed she brought no dirt.)

Sekulow, who represents President Donald Trump, said Sunday that the meeting wasn’t illegal. Whether that’s true or not has been a matter of debate. Special Counsel Robert Mueller and several Congressional committees are still investigating alleged collusion between the campaign and Moscow to win the 2016 presidential election. No charges have been filed against Trump, Jr.

The president said he was only recently made aware of the meeting. He has called a collusion allegations a politically motivated ploy by Democrats.