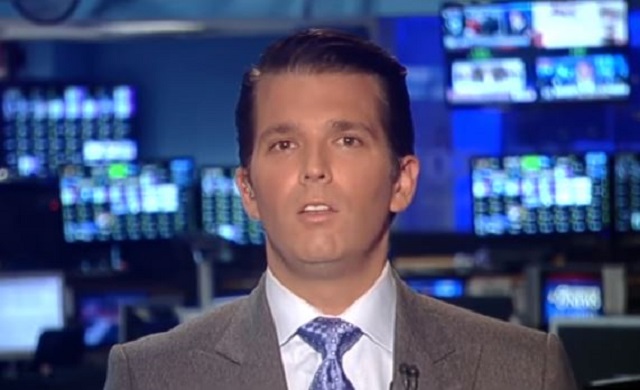 Donald Trump Jr. took a meeting from someone claiming evidence of foreign corruption by Hillary Clinton. The meeting proved useless. Donald Trump Jr. released the emails leading to the meeting. It is clear from the documents and statements of all involved that Donald Trump Jr. did nothing wrong. He broke no law. This isn’t like Hillary Clinton’s husband soliciting donations disguised as speech payments, travel costs, and charity work, while Hillary was Secretary of State. Based solely on the fact the source of the information was a Yeltsin-era prosecutor from Russia, a few anti-Trump lawyers falsely accuse Trump Jr. of a crime.

American law imposed no restrictions on foreign donations for almost all of its history until that ethical icon Lyndon Baines Johnson was President. Then, after Watergate, those restrictions on foreign funding of American elections was mostly enacted through incorporation of Watergate-era reforms. Exceptions always existed: only cash donations, or the like, were prohibited and green card holders exempt. Most relevant here, volunteer services of any kind were completely legal, reflecting Constitutional concerns with restrictions on anything other than campaign cash. More than a few noted the irony of America lecturing the world about foreign influence in domestic elections, given our intelligence services turned it into an art form.

The Code of Federal Regulations makes the law immunizing Trump Jr.’s actions precisely clear: any foreign national individual may volunteer personal services to a federal candidate or federal political committee without making a contribution. The law provides this volunteer “exemption” as long as the individual performing the service is not compensated by anyone on the campaign. See 11 CFR 100.74. For example, as the Federal Election Commission advises all, “an individual can provide volunteer services to a candidate or party without considering the value of those service a contribution to the candidate or party.” Section 30121 of Title 52 does not apply to voluntary activity or services. The thing “of value” must be actual money, or its transferable equivalent, not a volunteer of services or information. Otherwise, if volunteering information in coordination with a campaign constituted donations, everyone from John Harwood to Chuck Todd (and maybe all of CNN) made millions in donations to the Hillary campaign, as WikiLeaks emails disclosed.

Hence, legally, Donald Trump Jr. taking a meeting at the request of a family friend, to hear someone wanting to volunteer information about your Dad’s adversary, can legally be no crime. He did what a loyal son, honorable friend, and smart advocate would do — hear them out. Anyone who thinks that’s a crime is the one who needs to have their values checked.