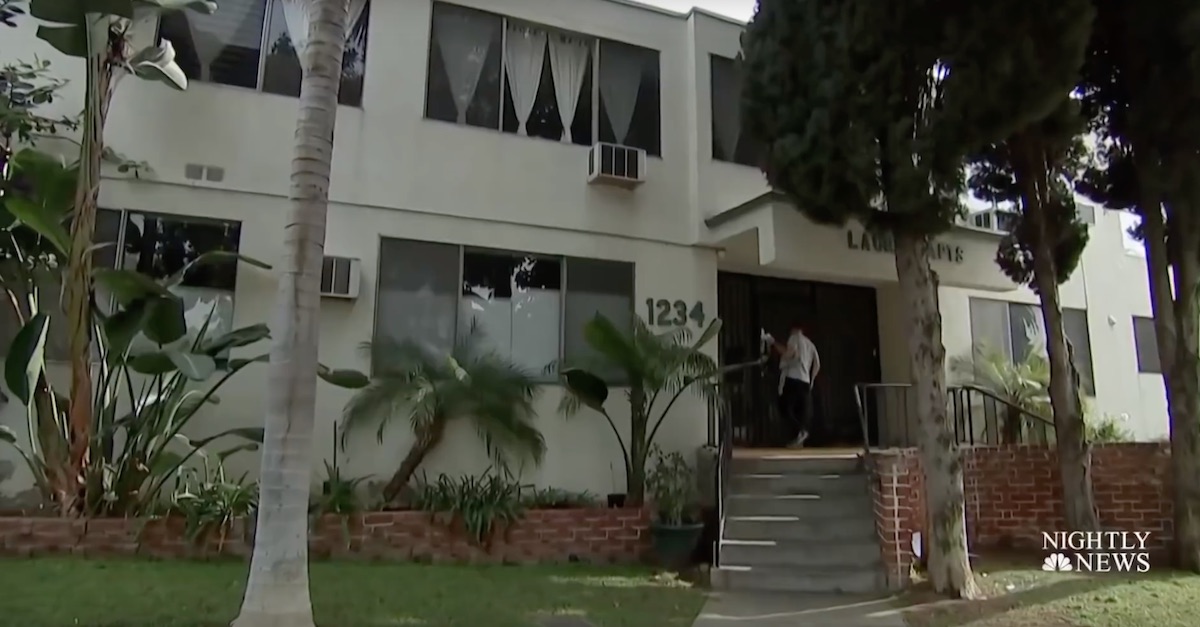 The second black man to have been found dead in the home of prominent Democratic Party donor Ed Buck, a gay white man in his sixties, has been identified as 55-year-old Timothy Dean.

The cause of Dean’s death remains under investigation, but the cause of death was suspected as an overdose. The incident quickly garnered attention, as Dean became the second person in 18 months to be found dead in Buck’s home. Both Dean and Gemmel Moore, 26, were black and gay. Moore died of a methamphetamine overdose at Buck’s West Hollywood apartment in 2017.

“I lived with him, and he never did drugs. I’ve never seen him on drugs, ever,” he told KTLA.

#BREAKING 55 y/o Timothy Dean of West Hollywood and a Saks Fifth Avenue employee, has been identified as the man who died in Ed Buck's apartment on Monday. #RIPTimothyDean pic.twitter.com/028L3OVj6g

“[Dean] was an old friend who died of an accidental overdose, and unfortunately, we believe that the substance was ingested at some place other than the apartment. The person came over-intoxicated,” Amster said.

“Ed really didn’t want him to come over,” Amster added. “He was insistent and came over and brought his emotional issues over, and he was intoxicated and he died. Ed had nothing to with his death.”

The lawyer of political donor Ed Buck, explaining why the body of another dead Black man was found in his house for the second time in 18 months, and why Ed Buck has not been prosecuted. What are the odd someone dying in your house…TWICE? pic.twitter.com/wQGnEfl3sg

It’s also the second time Amster has to answer for his client. He denied that Buck had any involvement in Moore’s death. Moore had been homeless and worked as an escort.

“I think it’s time to bring this tragedy to a conclusion,” he said to WEHOville in November 2018. “This was an accidental death. This was an unfortunate death … but that doesn’t mean we can make spurious accusations and spin something out of control.”

“This was an unfortunate situation, this was a tragedy.” Armster told the local NBC affiliate at the time. “But it does not justify accusing an innocent man of things that did not happen.”

According to OpenSecrets, Buck has donated tens of thousands of dollars to multiple Democratic Party candidates over the past few election cycles–including presidential contender Hillary Clinton. A longtime political activist, Buck also previously ran for elected office and has supported various progressive causes throughout the years.

Jasmyne Cannick is a communications and public affairs strategist who previously worked with Gemmel Moore’s family. In a statement obtained by WEHOville, Cannick announced that there will be a rally held Monday night outside of Buck’s apartment calling on the Los Angeles Sheriff’s Department to arrest Buck and for District Attorney Jackie Lacey to “prosecute him for murder after another young Black gay man was found dead in his West Hollywood apartment of an apparent overdose.”

Images from that rally have since emerged.

The protesters are now turning their anger towards the neighbors who live in Ed Buck’s apartment building, saying they are complicit in the deaths of the men who have died inside of his apartment. Neighbors say they’ve called police and they’re sick of Buck’s actions. @FOXLA pic.twitter.com/OmkGS23Qqs