‘Roughest Sentencing I Have Ever Seen’: Amber Guyger Might Be Looking Maximum Sentence 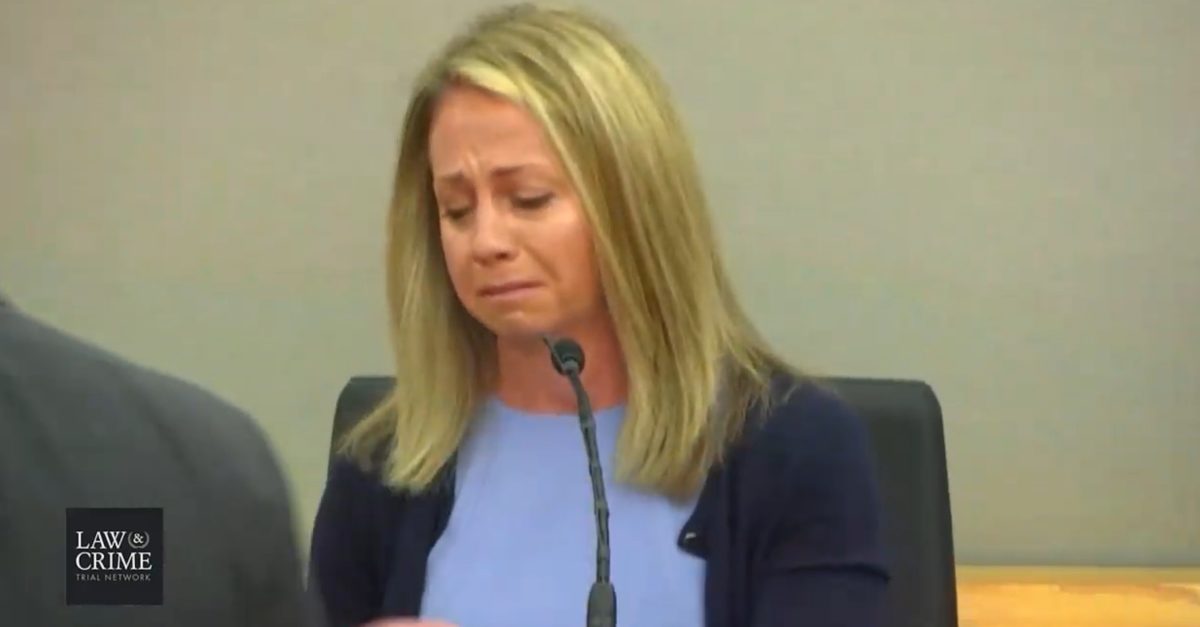 Former Dallas police officer Amber Guyger, 31, on Tuesday morning was found guilty of murder for the death of her neighbor Botham Jean, 26, and now faces 5 to 99 years in prison.

Guyger’s attorneys insisted at trial that Jean’s death was an honest and reasonable mistake, arguing that both the defendant and victim lived in the same apartment complex, in similar units, but on different floors. Guyger said she mistook Jean’s apartment for hers after working overtime and believed he was an intruder, shooting him out of fear for her safety.

After the jury convicted her of murder, Guyger endured a brutal sentencing hearing Tuesday afternon. Showing no signs of letting up, prosecutors introduced text messages showing Guyger joking about the death of Dr. Martin Luther King Jr., and making racially incendiary remarks about black police officers, saying they have a “different way of working.”

#Amberguyger – Text between Guyger and friends discussing working a MLK parade. One friend says, "When does this end lol"

#AmberGuyger – Texts between partner Rivera and Guyger 3 days before the killing:

Rivera: Damn I was at this area with 5 different black officers !!! Not racist but damn

Guyger: Not racist but just have a different way of working and it shows pic.twitter.com/72vLy5zYHL

“If I was [Amber Guyger] I’d be eating a good Texas steak, seeing her family and friends, doing what she loves. Because this is the roughest sentencing I have ever seen. And the city of Dallas and the [Dallas Police Department] are likely to be hit with a major civil suit…many zeros on that check,” Buckmire tweeted after the hearing.

Guyger’s text messages have already been an integral facet of the prosecution’s case. As previously reported by Law&Crime, prosecutors last month introduced evidence showing that she was “sexting” her police partner just before she entered Shem’s apartment where she shot him. The state argued that the texts showed her state of mind in the moments leading up to the tragic shooting, saying she was clearly distracted.

In an email to Law&Crime, Buckmire gave a more in-depth analysis of what went wrong for Guyger during Tuesday’s sentencing hearing.

“The sentencing phase is an often emotional calculation that asks questions like ‘should this person be free to enjoy our society,’ ‘what amount of years is appropriate for this level of malice,’ and ‘what justice can we give the victim and the family.’ For Amber Guyger the answers to those questions get worse for her the more we’ve heard about her and Botham Jean,” Buckmire wrote.

“What, for many, started off as a tragic accident that led to the death of an innocent man is rapidly transforming before our eyes. As Attorney for the Jean family Benjamin Crumb said, Botham, “was the best of us.” He was a man dedicated to the church, his family, and his community. This is a stark contrast to what we are finding out about Amber Guyger, who deleted social media posts and texts messages, and is a person who who found  the illegal use of force and racial/racist comments to be funny. While her actions may have had no malice, people will begin to infer it through these posts.”

Buckmire also said that Guyger is likely to try and redeem her image by testifying again.

“ I’d expect her to testify again and that it would be similar to the testimony she gave in the case,” Buckmire said.

“This time she will be able to fully explain her remorse and regret. But her earlier statements about believing she should not be allowed to see her friends and family may come true sooner than she thinks.”