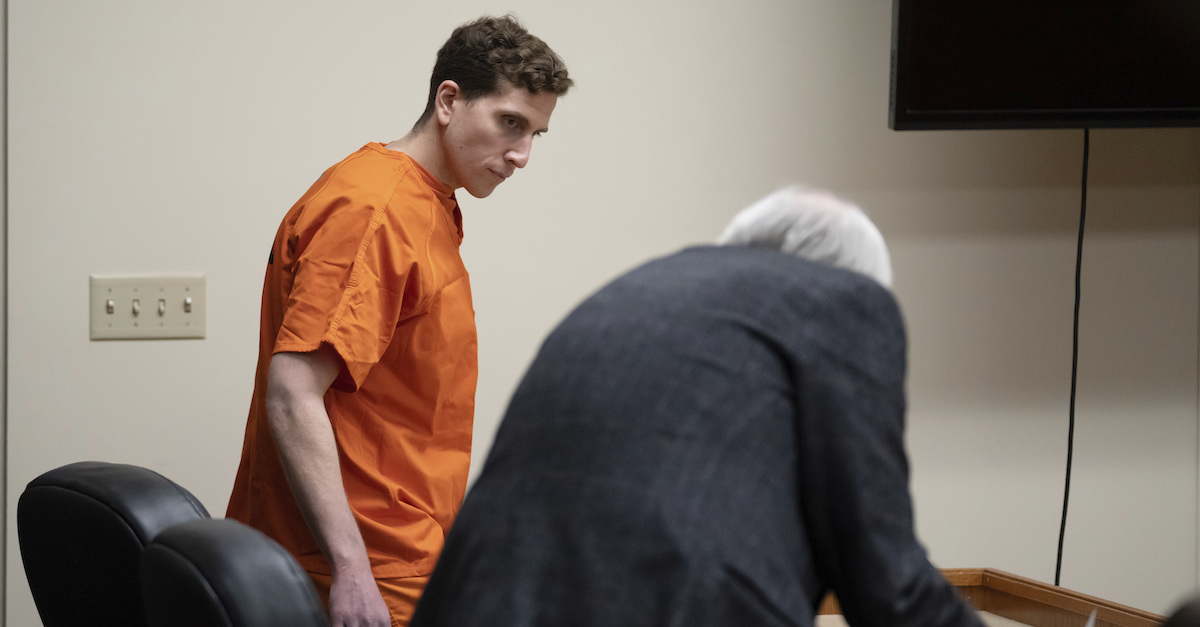 Authorities in Idaho on Wednesday unsealed the warrant police executed when searching the home of Bryan Kohberger, the man accused of brutally slaying four University of Idaho students at an off-campus home.

In the application for the search warrant, investigators said had probable cause to believe they would find evidence linking Kohberger to the gruesome slayings. Among the items specifically listed in the application were “blood, or other bodily fluid or human tissue or skin cells” or items which with blood or fluid on them, stabbing weapons, including a “sword,” and “trace evidence” including DNA and “hair (whether human or animal/dog).”

According to the document, police seized several items from the home, including one black nitrite-type glove, the dust container from a vacuum cleaner, 13 possible hair strands – one of which may belong to an animal, a “Fire TV” stick, a pillow with a “reddish/brownish stain” and a computer tower, among other things.

Notably, police said that no weapons were recovered from inside of the home.

Kohberger is charged in the murders of four students  — Ethan Chapin, 20, Xana Kernel, 20, Kaylee Goncalves, 21, and Madison Mogen, 21 — who were stabbed to death at off-campus house located on King Road in the early morning hours of Nov. 13. Some, but not all, of the victims were killed as they slept, according to the Latah County Coroner.

The warrant further reveals detectives’ observations from inside the home where the young students died and how they affected the direction of the investigation, including specifically looking for evidence of a dog owned by one of the victims inside of Kohberger’s home.

“The King Road Residence contained a significant amount of blood from the victims including spatter and castoff (blood stain pattern resulting from blood drops released from an object due to its motion) which, based on my training, makes it likely that this evidence was transferred to Kohberger’s person, clothing, or shoes,” the document states. “Based on the locations of the suspect vehicle and [Kohberger’s] phone immediately following the murders, it is probable that Kohberger went home to his residence at 1630 NE Valley Rd. At that time, it is likely that he still had blood or other trace evidence on his person/clothes/shoes, including skin cells or hai from the victims or from Goncalves’ dog. It is likely that some trace evidence was transferred to areas in his apartment through contact with the items worm during the attack. ”

The release of the application and warrant are not the only new developments in the high-profile case. An investigator familiar with the case reportedly told PEOPLE that two weeks before the killings, Kohberger sent one of the female victims multiple direct messages (DMs) on Instagram.

“He slid into one of the girls’ DMs several times but she didn’t respond,” the investigator reportedly told the magazine. “Basically, it was just him saying, ‘Hey, how are you?’ But he did it again and again.”

Additionally, a sworn affidavit unsealed earlier this month revealed that Moscow Police Department Corporal Brett Payne found a “tan leather knife sheath laying on the bed next to Mogen’s right side,” stamped with U.S. Marine Corps “Ka-Bar” and related insignia. From there, authorities found a “single source of male DNA,” and they recovered DNA from Kohberger’s father from the family residence in Pennsylvania.

“At least 99.9998% of the male population would be expected to be excluded from the possibility of being the suspect’s biological father,” the affidavit said.

The defendant’s father was not excluded. Authorities, however, do not have the suspect’s DNA yet.

The affidavit further detailed how one of the two residents in the house who were not harmed in the attack saw a masked man in the home shortly after police think the students were killed.

Sometime after 4 a.m., the witness, a female identified in court documents as “D.M.,” said she thought she heard Goncalves say, “there’s someone here.”

“D.M. stated she looked out of her bedroom but did not see anything when she heard the comment about someone being in the house. D,M. stated she opened her door a second time when she heard what she thought was crying coming from Kernodle’s room. D.M. then said she heard a male voice say something to the effect of ‘it’s ok, I’m going to help you,'” the document states.

“D.M. stated she opened her door for the third time after she heard the crying and saw a figure clad in black clothing and a mask that covered the person’s mouth and nose walking towards her. D.M. described the figure as 5’10” or taller, male, not very muscular, but athletically built with bushy eyebrows. The male walked past D.M. as she stood in a ‘frozen shock phase.’ The male walked towards the back sliding glass door.”

Before his arrest, Kohberger had been pursuing his Ph.D. in criminology at Washington State University, about 10 miles away from the Idaho crime scene.

Read the warrant below.