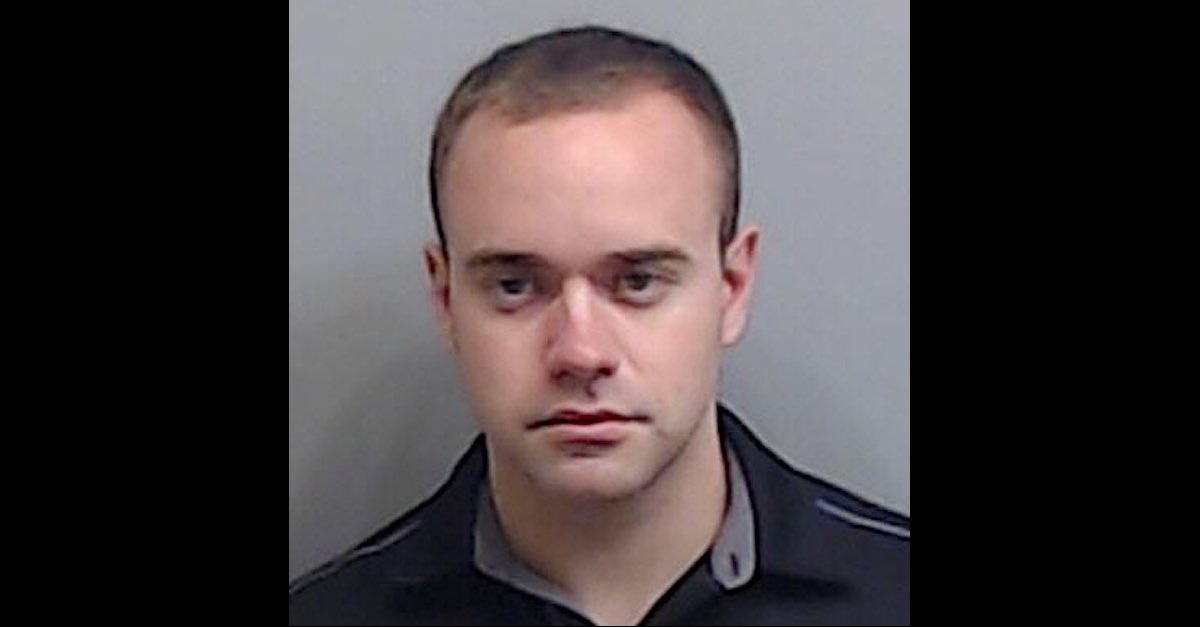 Prosecutors want former Atlanta Police Officer Garrett Rolfe back behind bars, saying he violated his $500,000 bond. The defendant, who is charged in the alleged felony murder of Rayshard Brooks, went on a vacation to Florida, the Fulton County District Attorney’s Office said in a filing on Tuesday, according to Fox 5 Atlanta. Officials ask that the judge revoke the bond.

District Attorney Paul Howard claimed Rolfe traveled for vacation on Sunday. The defendant’s ankle monitor tagged him as being in Daytona Beach. Howard maintained that Rolfe should only leave home for work, medical, or legal issues. Rolfe’s lawyers reportedly wrote in a letter to the DA that the judge did not specifically exclude travel to out of state.

Attorney Bill Thomas declined to comment when Law&Crime reached out.

The defendant was charged in June. Counts included felony murder with an underlying charge of aggravated assault.

As seen on bodycam and surveillance footage, Atlanta police got a call about a man sleeping in a Wendy’s parking lot. Rolfe and Officer Devin Brosnan questioned him about whether he was  intoxicated, and they performed a field sobriety test. Cops went to arrest Brooks, but a struggle ensued. Brooks grabbed one of the officers’ Tasers, ran away, and apparently fired it as he fled.

Rolfe fatally shot him twice in the back. Howard said in a press conference that the Taser presented no danger to police, and there’s evidence that the defendant knew it had already been fired twice before the fatal shooting. Once it had been fired twice, it presented no danger to him or anyone else, the prosecutor said. Under Atlanta police policy, an officer can’t even fire a Taser at someone who is running away, and accordingly, authorities can’t even fire a gun, said the district attorney.

Thomas and co-counsel Noah Pines have argued their client acted lawfully. Rolfe heard a sound like a gunshot, and a saw flash in the incident, Pines previously said in a statement.

“That Officer Rolfe was justified is clear under Georgia law,” he wrote. “A police officer may use deadly force to apprehend a suspected felon when the officer reasonably believes that the suspect possesses a deadly weapon or any object, device, or instrument which, when used offensively against a person, is likely to or actually does result in serious bodily injury; when the officer reasonably believes that the suspect poses an immediate threat of physical violence to the officer or others; or when there is probable cause to believe that the suspect has committed a crime involving the infliction or threatened infliction of serious physical harm. When Mr. Brooks chose to attack two officers, to disarm one of them, and to point and fire a deadly weapon at Officer Rolfe, he took their lives, and his own, into his hands. He took the risk that their justified response might be a deadly one.”

Brosnan is charged with one count of aggravated assault, and three counts of violating an oath as a public officer. His attorney disputes the prosecutor’s account of what happened.