Purdue Pharma Is No More After Bankruptcy Judge Approves Deal for Sacklers to Pay $4.5 Billion in Opioid Settlement 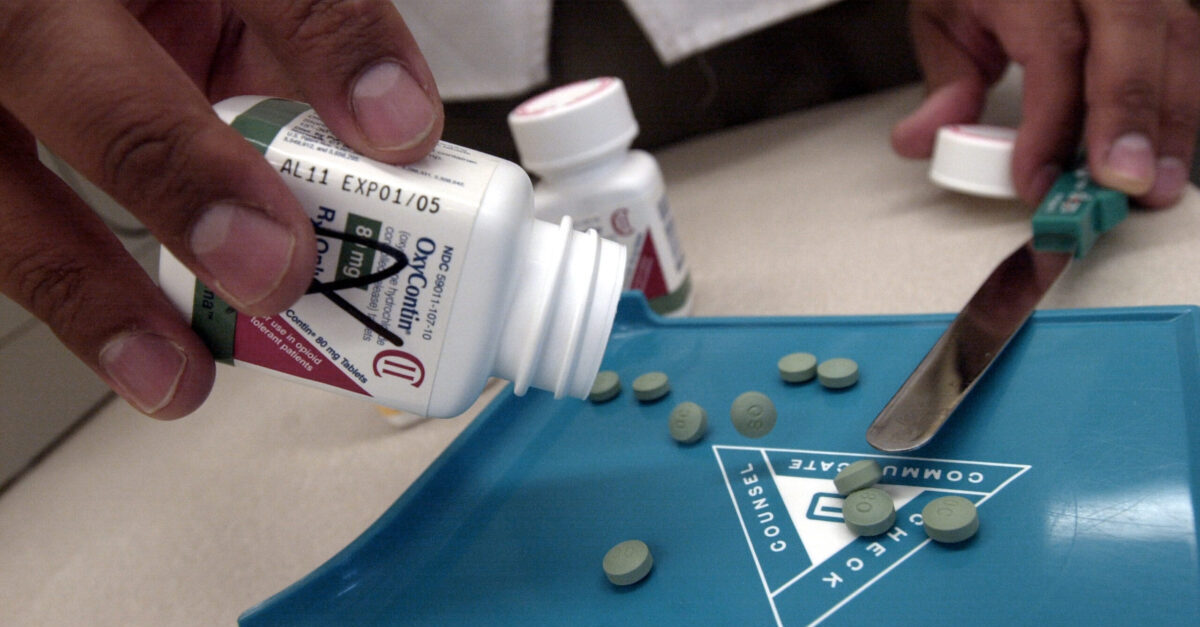 Nearly two months after a coalition of state regulators revealed a deal to shut down Purdue Pharma and have its erstwhile Sackler family owners pay out $4.5 billion, a federal bankruptcy judge approved that settlement on Wednesday.

The ruling means that a major company at the center of the opioid crisis has been officially dissolved.

The resolution has its critics, with some holdouts unhappy with a provision shielding Raymond and Mortimer Sackler from future litigation.

Before issuing his ruling, U.S. Bankruptcy Robert Drain heard from those opposing it before reaching what he reportedly called a “bitter result.”

Even New York Attorney General Letitia James (D), one of the key leaders of a coalition of 15 states that announced the deal in July, tempered her enthusiasm for the result with an acknowledgement of its shortcomings.

“No deal is perfect, and no amount of money will ever make up for the hundreds of thousands who lost their lives, the millions who became addicted, or the countless families torn apart by this crisis, but these funds will be used to prevent future death and destruction as a result of the opioid epidemic,” James said in a statement. “For nearly two years, Purdue Pharma and the Sackler family have used every delay tactic possible and misused the courts, all in an effort to shield their misconduct.”

Still, she added, the billions in settlement dollars will help “communities ravaged by opioids on an accelerated timetable” and get “one of the nation’s most harmful drug dealers out of the opioid business once and for all.”

In July, Raymond and Mortimer Sackler released a statement calling the resolution “an important step toward providing substantial resources for people and communities in need.”

“The Sackler family hopes these funds will help achieve that goal,” they wrote.

In the wake of the settlement’s approval, members of the family added to those comments—and persisted in their denials.

“While we dispute the allegations that have been made about our family, we have embraced this path in order to help combat a serious and complex public health crisis,” they said. “We hope that the resolution will signal the beginning of a far-reaching effort to deliver assistance where it is most needed.”

“It was always our desire for Purdue Pharma to help people by developing and manufacturing OxyContin, a prescription opioid medicine that has brought effective pain relief to millions of patients and continues to meet a critical medical need,” they added. “It distresses us greatly that it also became involved in suffering from addiction or abuse. We are truly sorry for the suffering and loss people have experienced and recognize the anger or hurt that many people have felt alongside their grief.”

Dame Jillian Sackler, widow of Arthur M. Sackler, objected to their surname becoming synonymous with the opioid crisis, distancing themselves with the branches of the family tree tied up with Purdue Pharma.

“Neither Arthur nor any of his heirs were owners of Purdue Pharma, sat on its board of directors, or ever profited from OxyContin,” they wrote in a statement in late July. “His estate has never been named in a lawsuit and none of his philanthropy derived from the sale of OxyContin. Arthur Sackler would have been appalled by the deceptive marketing of OxyContin by Purdue Pharma and the subsequent public health crisis.”

A scholar chronicling the legal dimensions of systemic inequality, Western New England University School of Law Professor Jennifer Taub focused on the Purdue Pharma saga in her book “Big, Dirty Money” and was not impressed with the settlement.

“You know, $4 billion sounds like a lot of money, but at the end of the day, the family that made billions of dollars from selling a highly addictive drug that the corporation fraudulently peddled as safe and effective—and not as addictive as other opioids—they will still be exceedingly wealthy,” Taub remarked on Law&Crime’s podcast “Objections” in July.

More telling for Taub is the relevant Sackler family members avoiding criminal liability, despite the misdemeanor prosecutions of three Purdue Pharma executives in 2007. She said their guilty pleas more than a decade ago did not end the company’s offending conduct.

“They went back to their illegal drug dealing scheme,” Taub said, referring to Purdue Pharma.

Attorney General James took a more optimistic view, saying the money would be put to good use.

“We’ll be able to more quickly invest these funds in prevention, education, and treatment programs, and put an end to the delays and legal maneuvering that could possibly continue for years and across multiple continents,” she said in a statement. “The pain and suffering far too many communities across our state and this nation have sadly experienced has only accelerated over the course of the pandemic. Now is the time to take every action we can, as quickly as we can, to prevent any future devastation.”

According to Reuters, other attorneys general plan to appeal, and a lawyer for the Department of Justice’s bankruptcy watchdog, the Office of the U.S. Trustee, said his office would file a motion for a stay of the order.

Listen to Law&Crime’s podcast on the opioid crisis below: