Police Identify Southern California Mass Shooting Suspect and Link to Victims: This ‘Was Not a Random Act of Violence’ 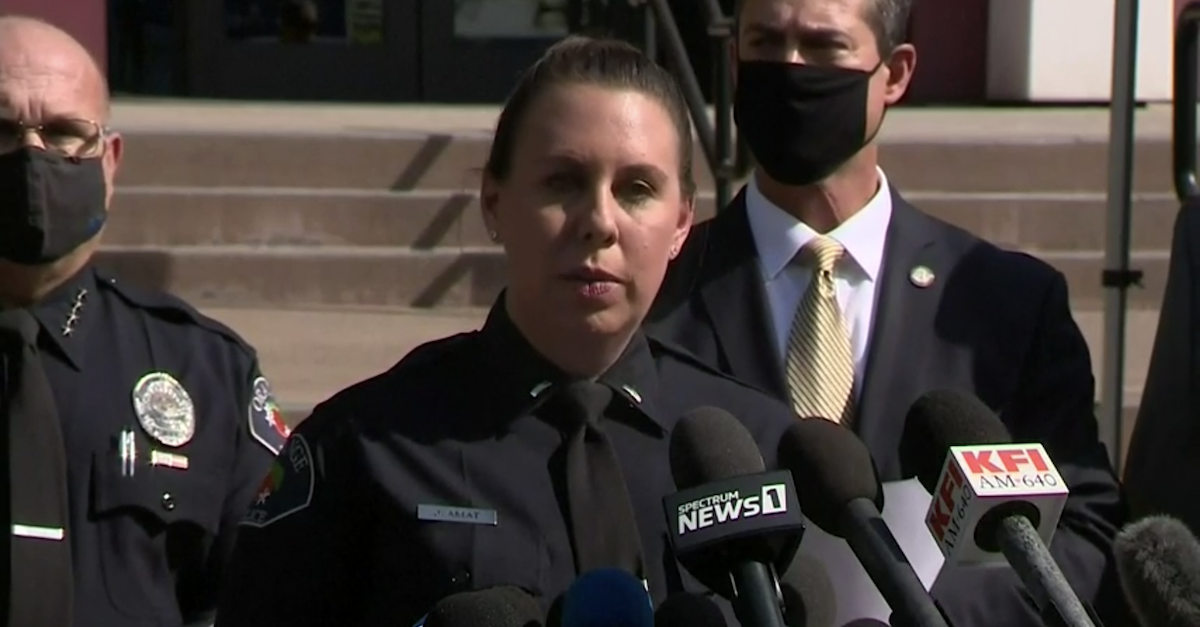 With the United States reeling from a spate of mass shootings on a roughly weekly basis from coast-to-coast, California authorities revealed on Thursday that latest round of bloodshed that killed at least four people — including a 9-year-old child — in Orange County did not appear to defy explanation.

Lt. Jennifer Amat, a spokeswoman for the Orange Police Department, identified the suspect as 44-year-old named Aminadab Gaxiola Gonzalez and revealed what she described as that person’s ties to the victims at a press conference.

“The preliminary motive is believed to be related to a business and personal relationship, which existed between the suspects and all of the victims,” Amat told reporters. “It appears all of the adults were connected either by business or a personal relationship, and this was not a random act of violence. The child is believed to be the son of one of the victims who worked at the business.”

Amat added that the department could not release the names of the victims at this time because their next of kin have not yet been notified.

“I can confirm the deceased are one male adult, two female adults and one nine year old boy,” Amat said. “One female adult remains at the hospital, along with the suspect.”

Authorities did not immediately respond to a press inquiry from Law&Crime.

As reported by the Washington Post, it remains unclear whether the suspect shot himself or was shot by police. The latest shooting follows two others in as many weeks: one in Boulder, Colorado, and another in the greater Atlanta area in Georgia.