A police officer shot and killed an armed 25-year-old murder suspect in the backyard of an abandoned house in Cleveland, Ohio, newly released body cam video shows. In the moments before the fatal shooting on Thursday, the suspect, identified as Innes Lee, Jr., could be seen attempting to jump a fence. Seconds later, Lee reached for a gun, leading the unidentified police officer to open fire.

“Stop. Stop. Do not — drop. Do not reach for shit,” the officer said. Then four shots were fired at the 1:16-mark of the video.

Screenshots of the video show Lee had a gun in his right hand. 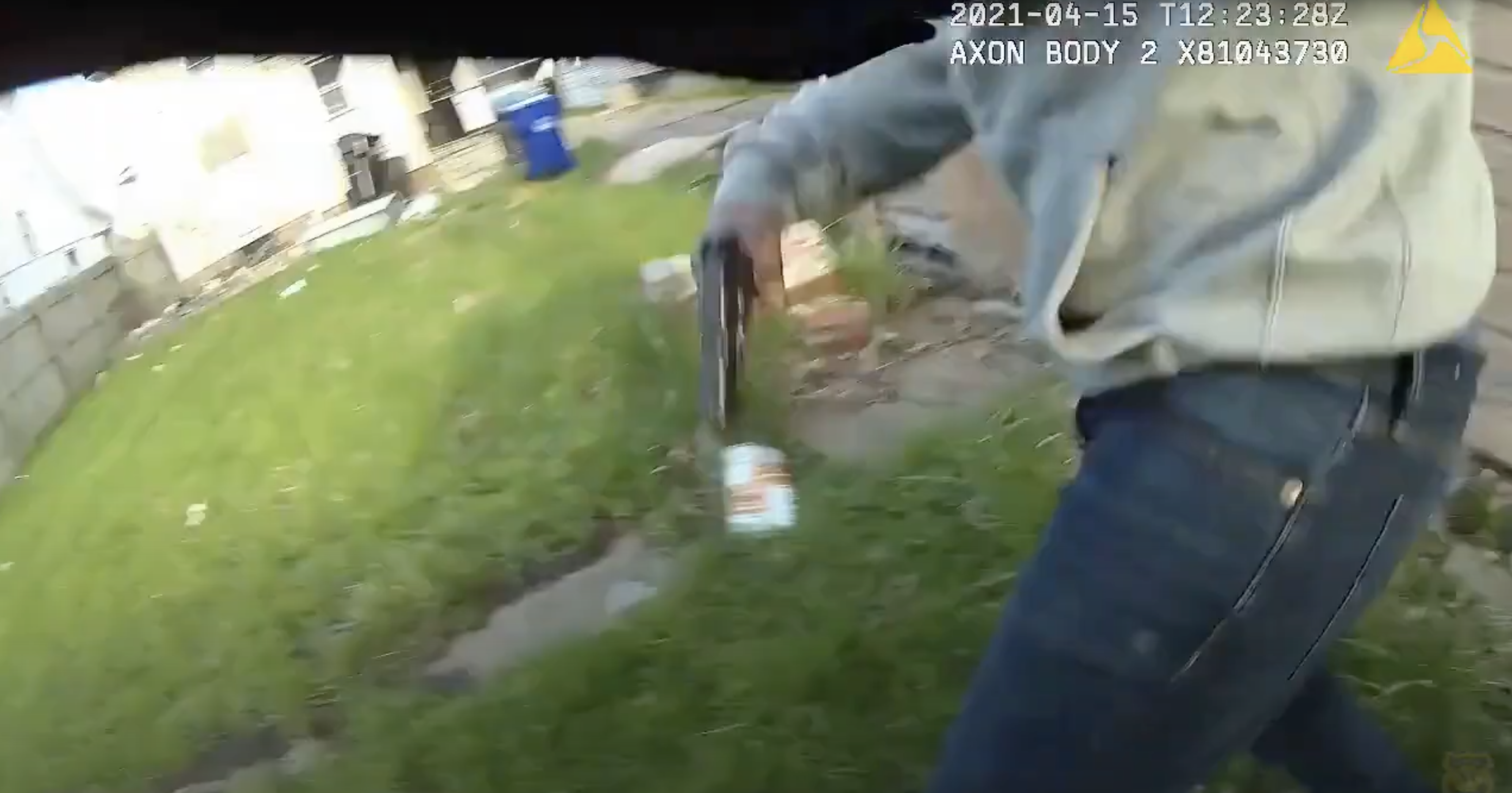 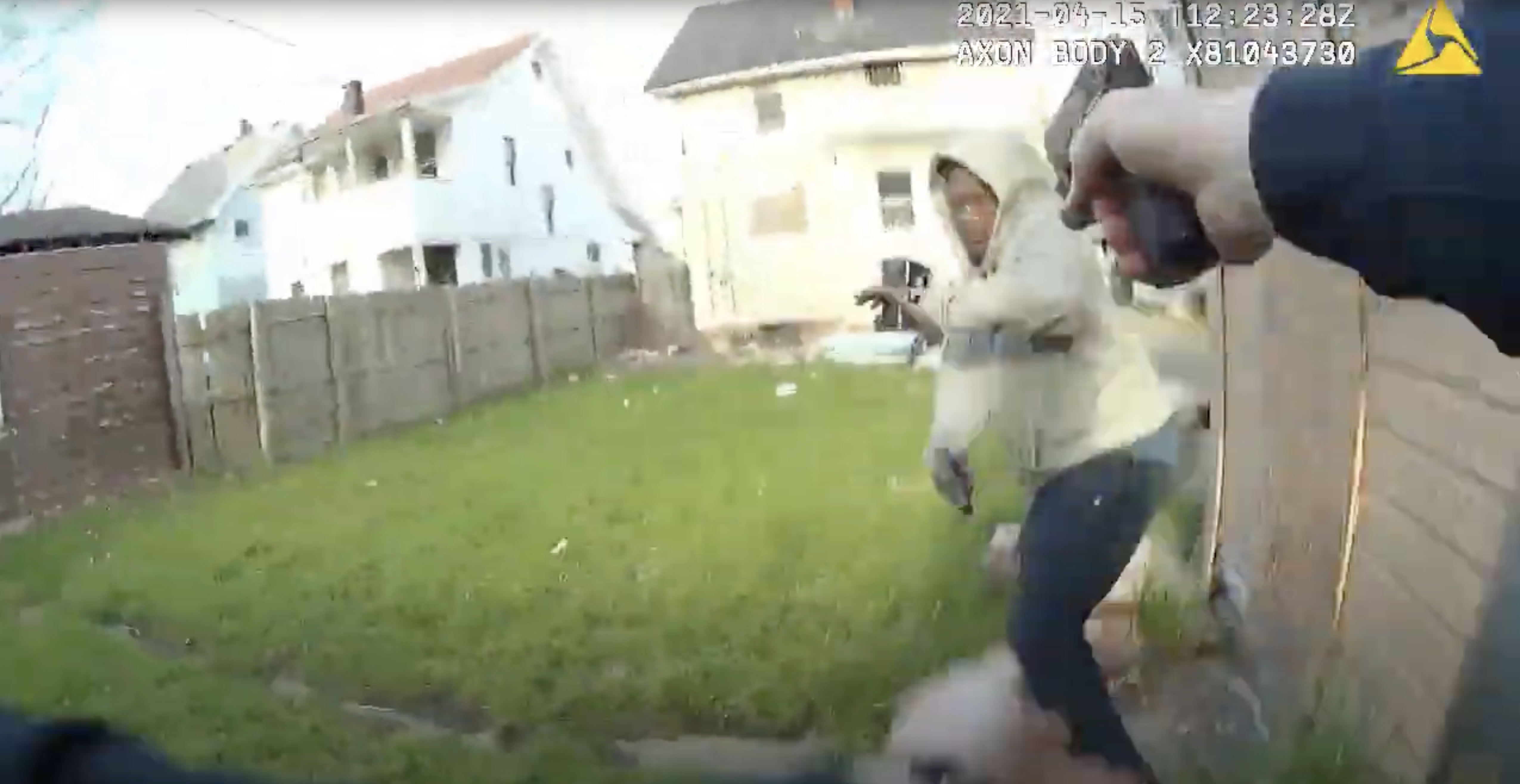 A third screenshot shows a gun in the grass a couple of feet to the right of Lee’s body. 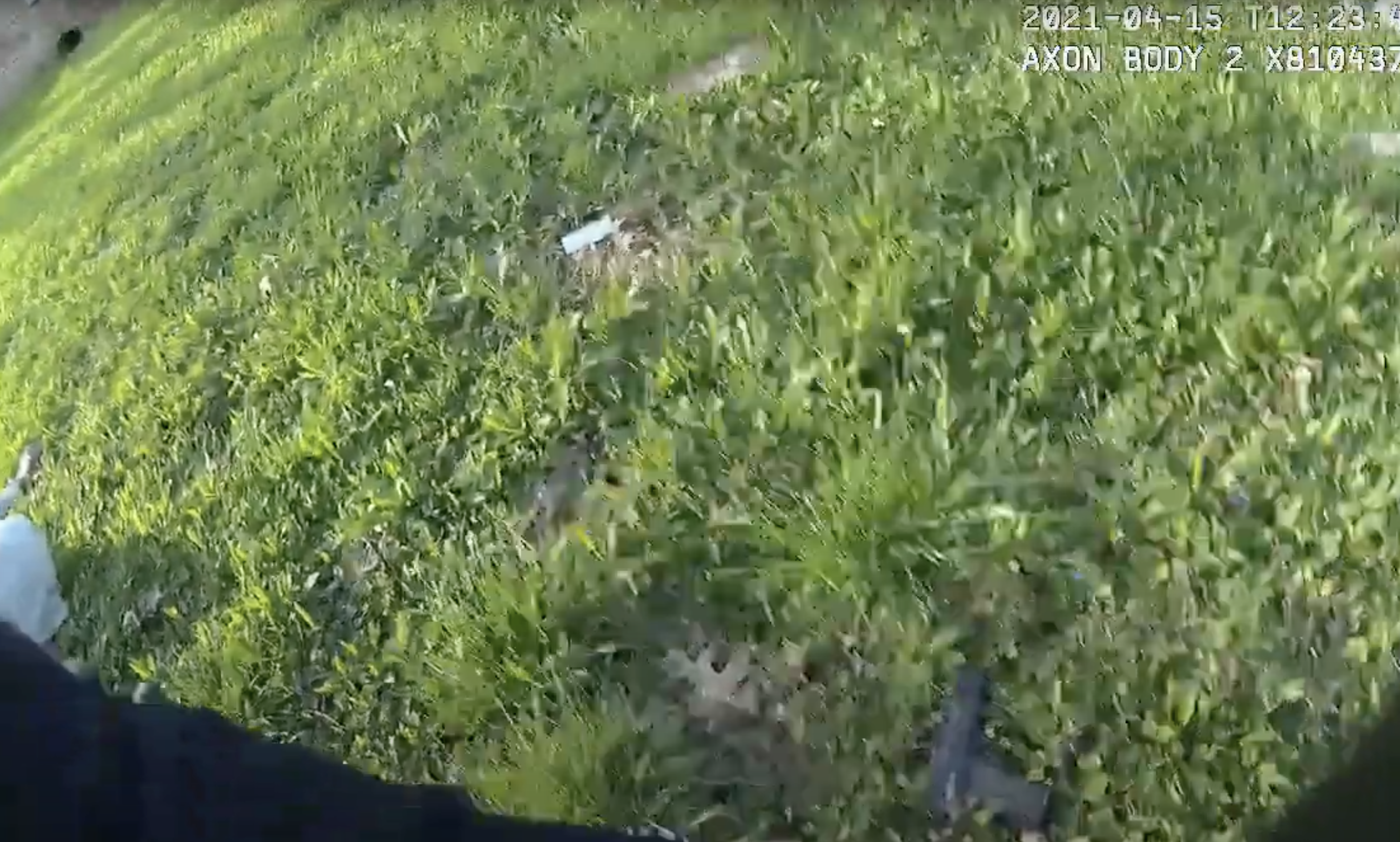 You can watch the video of the incident above.

“Shit,” said the officer, who has been identified only as a 10-year veteran of the department.

Local news reports say that the shooting happened just after 8 a.m. on Thursday and that Lee was wanted for murder and wanted on a felony warrant for aggravated robbery. The murder warrant reportedly stemmed from a Sept. 2020 gas station shooting that left 48-year-old Karen Hunter dead and another woman injured. A Cleveland.com report from Sept. 2020 recounted the incident as follows:

Karen Hunter, 48, was shot in the face and died at the scene, according to police. No arrests have been made in the case.

Police said Hunter was with a man at the gas station, when the man began arguing with someone in the parking lot. Two other men walked up to the group and opened fire.

Another report from last October said that Lee was charged with aggravated murder and that a warrant was issued for his arrest. 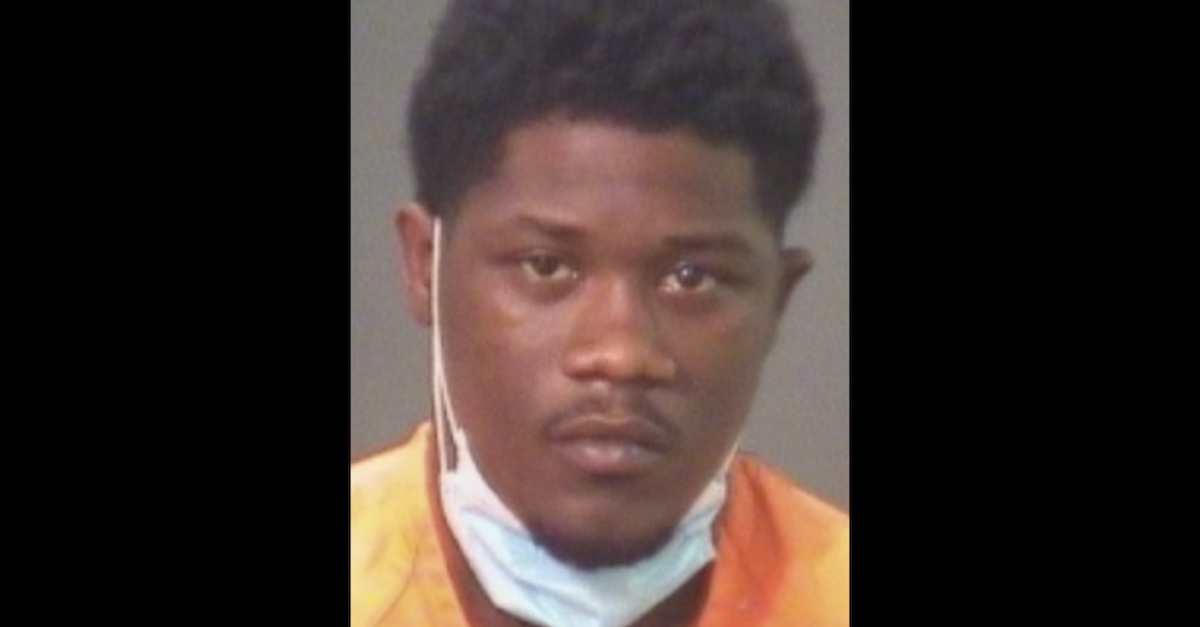 Cleveland Police Chief Calvin Williams said during a press conference on Thursday that he did not know if Lee fired his gun, but he did know that Lee “did produce a weapon, and that weapon was recovered right on the ground by the suspect.” Police said they responded to the scene after receiving a call that Lee was threatening a family.

“I can say our officers did what they were supposed to do,” Williams added. “They protected themselves and more importantly came out here to protect our community on a call from a citizen saying we are being terrorized by this person, can you please come and find this person.”