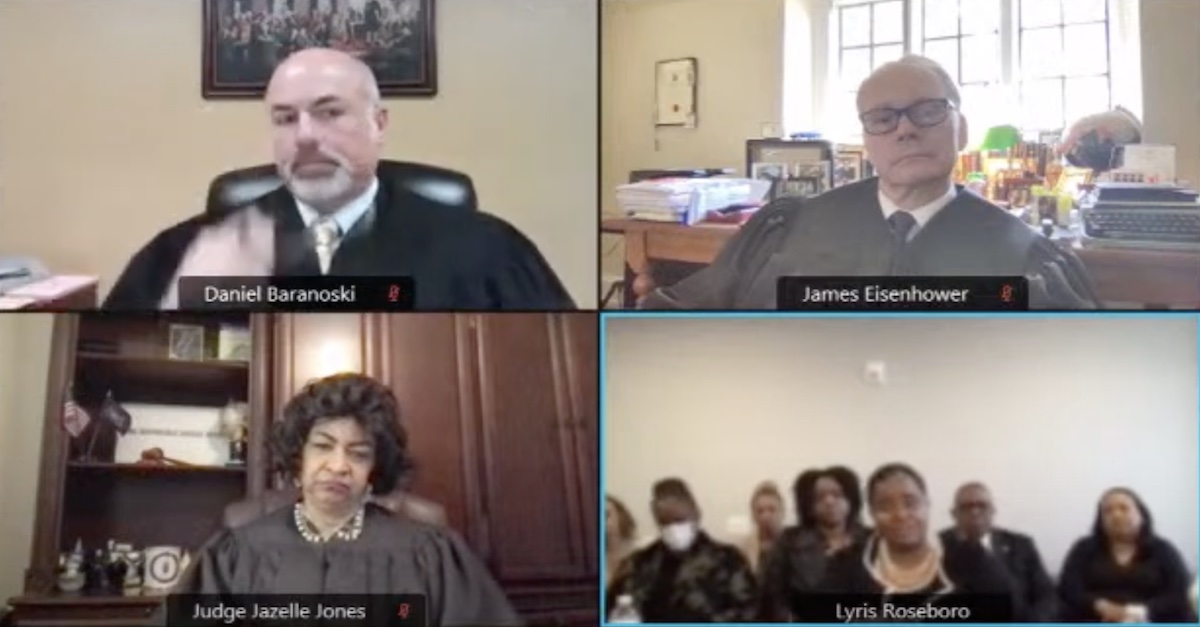 A Philadelphia Family Court judge was suspended for six months without pay after a state disciplinary tribunal issued an opinion concluding that her “repeated, clearly improper conduct,” which included wrongfully jailing multiple people and failing to be impartial, was “blatant and inexcusable.”

In a succinct six-page ruling, an eight-judge panel on the Pennsylvania Court of Judicial Discipline said that Judge Lyris Younge’s abuses of power, repeated demeaning of people appearing before her, and overall interference with litigants’ rights was unprecedented “because of the extent of Judge Younge’s misconduct in these areas.”

Witnesses brought before the tribunal “testified to the havoc Judge Younge had wreaked in their lives with her imperious actions,” the ruling said, noting that on two occasions Younge baselessly ordered people jailed “when such treatment was improper under the law.”

“The Court views this case as the most egregious one involving rude demeanor, failure to timely proceed and imperious action it has seen,” the order stated. “In considering the cases where the Court has removed a jurist from office it is important to note that such an extreme penalty has generally involved a criminal conviction, or at least clearly criminal conduct on the part of the offending jurist. The few exceptions involved the removal of judges with a multitude of violations who also had essentially stopped working. Accordingly in this case the Court imposes the most severe sanction it ever has handed down short of dismissal.”

During her April 23 sanctions hearing, Younge admitted that she was guilty of alleged misconduct, saying she was “suffering from a serious medical condition and undergoing great personal difficulties” that contributed to her “poor attitude and actions.” Several character witnesses also testified on her behalf.

According to a report from The Legal Intelligencer, the tribunal’s attorney portrayed Younge as an “out-of-control tyrant who separated children from their families without allowing them to speak, and who threw people in jail for contempt without legal justification including a grandmother for not knowing the whereabouts of her adult daughter.”

“That grandmother, identified in the court proceedings as H.R., testified that she was traumatized by Younge’s contempt ruling, which the state Superior Court later overturned after holding the judge ‘exhibited a pattern of conduct of holding parents in contempt and ordering their detention, without conducting a contempt hearing.’”

In a statement to the Legal Intelligencer, Younge’s attorney Charles Gibbs said that ”Judge Younge has dedicated her life to public service and helping others and the court’s decision will enable her to continue to pursue her passion in the justice system.”

“We thank the court for allowing Judge Younge the opportunity to continue to be of service,” Gibbs added.

In addition to her suspension, Younge, a Democrat who was elected to the bench in 2015, was put on probation for the remainder of her term and ordered to write individual letters apologizing to each of the people she had wronged from the bench. She was also barred from serving in the Family Court Division during the probationary period. 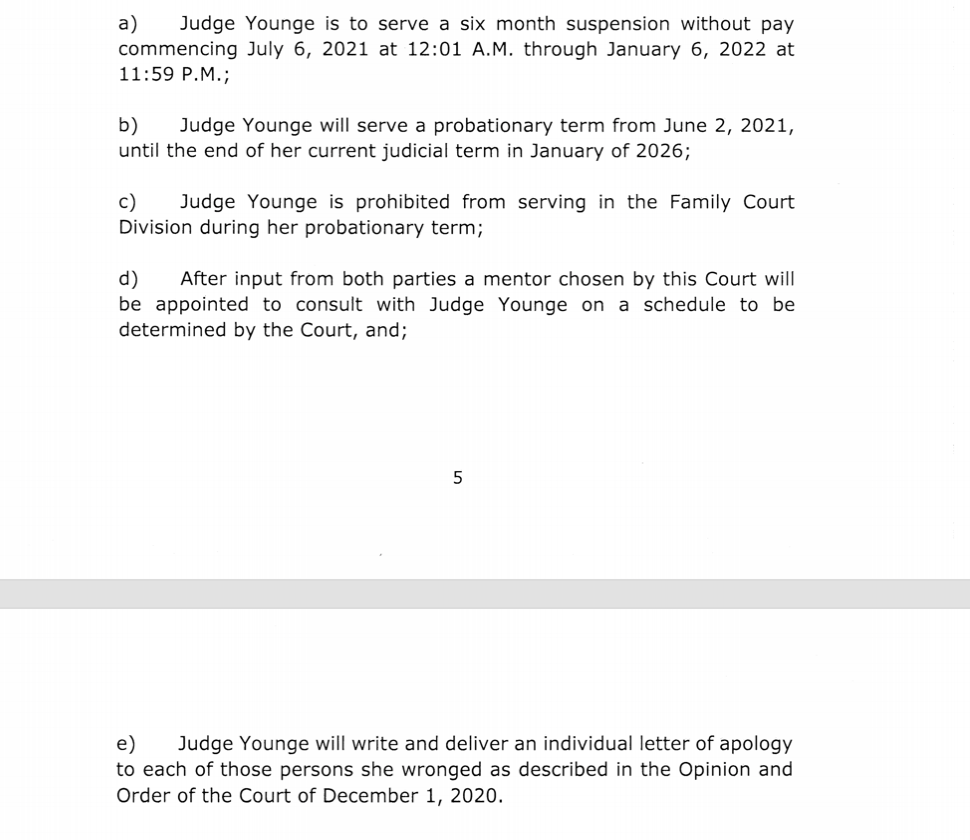 Two judges dissented from the opinion, with both believing that Younge should have been permanently removed from her position. In a dissent joined by Judge James J. Eisenhower, Judge James C. Schwartzman wrote that Younge “caused one disaster after another.”

“At the time the Complaint was filed Judge Younge was over a year behind in issuing her opinions in dozens of fast track appeals involving whether parents would be permitted to raise their children or would lose them to foster care,” Schwartzman wrote. “By failing to complete these opinions in a timely manner (which the law sets at 30 days after the hearing) Judge Younge effectively denied the parents any chance at an effective appeal. Delays of a year and over are especially egregious; a year away from one’s parents in the life of a young child is especially harmful.”