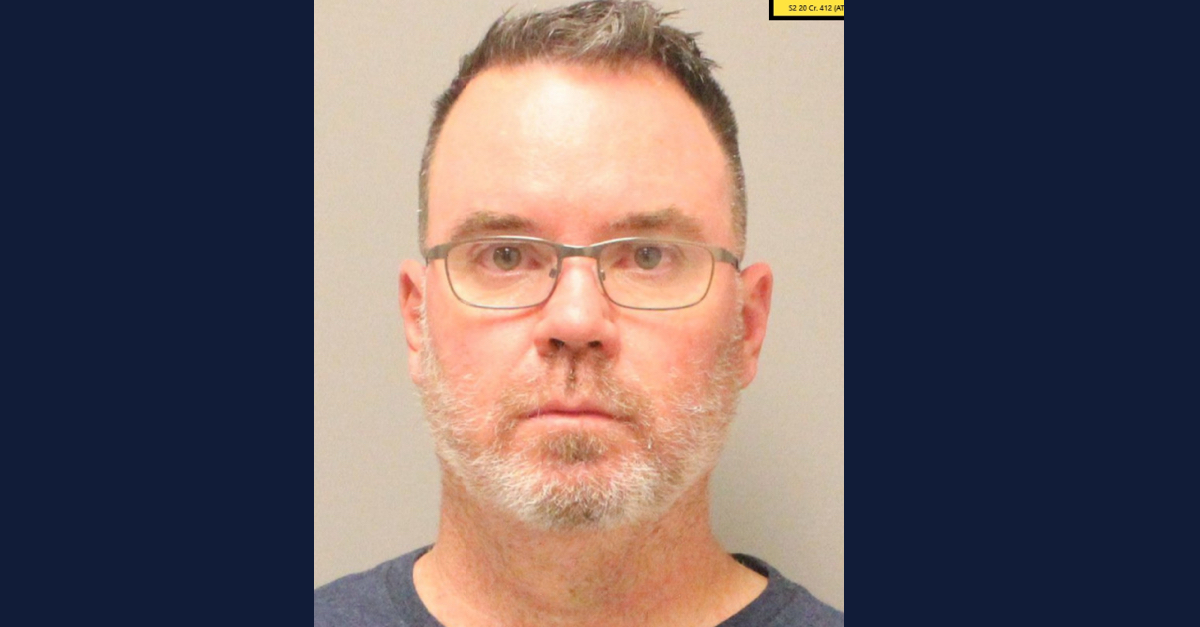 The only We Build the Wall fraud case to see a jury ended in a mistrial on Tuesday, days after a note to the judge revealed that there was a lone holdout whom the rest of the panel believed to have been politically motivated.

Of the four men initially indicted for allegedly conspiring to defraud donors of a border-wall, Timothy Shea was the only one to mount a defense to a jury.

All four were charged with conspiring to defraud donors in We Build the Wall, a crowdfunding effort to build a U.S.-Mexico barrier along the southern border. The charity claimed that every “penny” of the $25 million raised would go toward construction, but prosecutors say that Bannon pocketed $1 million. Kolfage took $350,000 and bought a yacht, a Range Rover SUV, a golf cart, jewelry, and cosmetic surgery with donors’ money, according to the indictment.

According to prosecutors, Shea secretly funneled a $20,000 monthly salary to Kolfage through an anonymous LLC used as a shell company in return for hundreds of thousands of dollars.

Shea’s trial began in May and featured text messages from their communications when the GoFundMe campaign began under the banner: “We the People Will Fund the Wall.” The texts appear to show the men’s surprise at how quickly people opened up their checkbooks during the holiday season in December 2018.

Prosecutors claimed that the men duped donors into believing every “penny” would go toward constructing the barrier. Text messages appear to show Badolato discussing how that framing would remove “self-interest taint.”

“I think a strict bylaw review and in the press release brian says not a penny will go to him at all and he says a private donor has agreed reached out to compensate him directly as milestones are reached,” Badolato wrote on Jan. 11, 2019, according to a government exhibit.

Another chain of text messages showed that Shea sharing a screenshot of the website with a message “ALL PROCEEDS GO DIRECTLY TO BUILDING THE WALL!” That image is accompanied by the message dated Feb. 4, 2019: “Hey for the build the wall store, do we want this statement at the top?”

“I don’t want to go to jail,” he apparently added.

At that point, wife Amanda Shea chimes in: “Lol…jail.”

“Don’t bend over for the soap,” husband Timothy Shea responds. 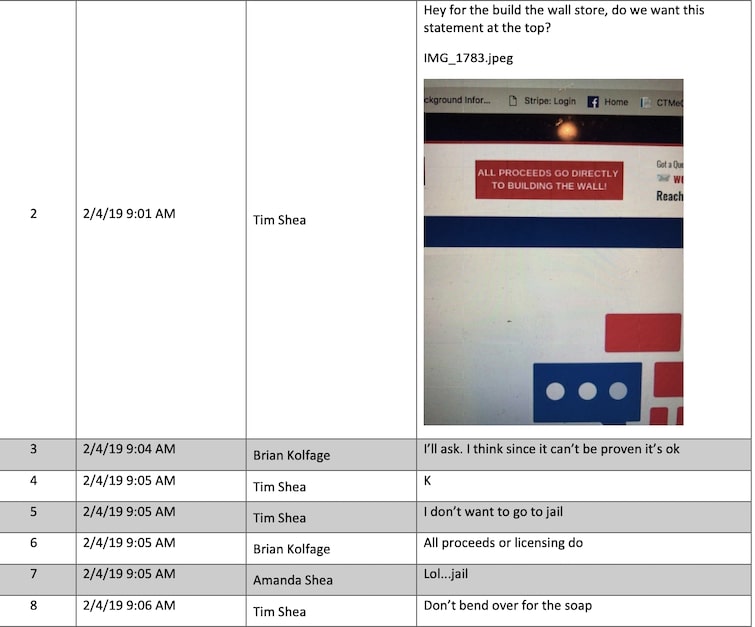 “While the jury was unfortunately unable to reach a unanimous verdict in U.S. v. Timothy Shea, that in no way lessens our resolve or belief in the powerful and compelling evidence that we strongly believe proves his guilt,” Williams wrote in a statement. “We look forward to retrying this case as soon as possible.”

Last Thursday, jurors passed on a note apparently revealing the existence of a lone holdout, who allegedly expressed anti-government views and accused the rest of the panel of being liberals. The rest of the panel requested that the juror be replaced by an alternate.