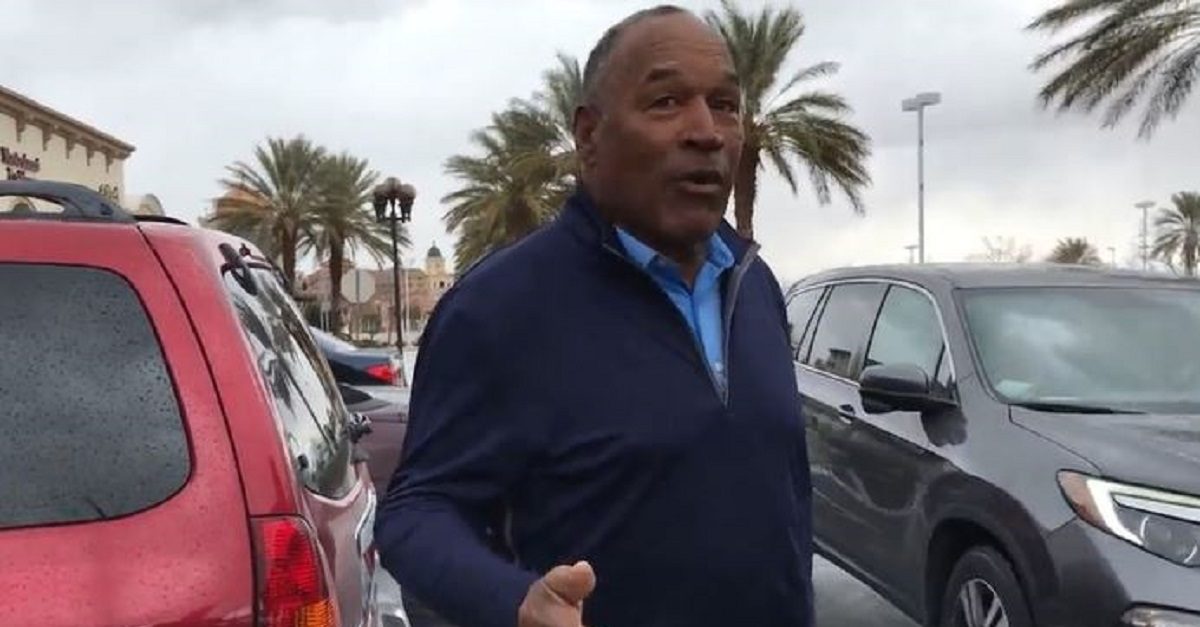 Roger Stone has been complaining about the manner in which federal authorities arrested him at his home, claiming they went overboard. O.J. Simpson apparently doesn’t feel sorry for him. The former football star, who spent time in prison for armed robbery and was acquitted of double-murder charges, has a bit of a history with law enforcement, and doesn’t think Stone has much to complain about.

“You know, I got raided by the FBI in Miami,” Simpson recalled in a video posted by TMZ. “30-s0mething FBI agents 5 o’clock in Miami. I had more than dogs, I had kids there. They were a little traumatized … For nothing…They were wrong. You never heard another word about it after the media made a big deal out of them being there. So the FBI can be wrong.”

Despite this commiseration, Simpson had to laugh at how Stone compared his treatment to that of accused drug lord Joaquin “El Chapo” Guzman Loera and Osama Bin Laden. While Stone’s home was raided by dozens of FBI agents as part of an arrest and search operation, the Al Qaeda leader was killed and thrown into the sea after his compound was raided by Navy Seals.

“To try to compare it to El Chapo, Bin Laden? Hell, Bin Laden was carried out in a bag, not walked out in handcuffs. So, you know, man up, stop crying,” Simpson said.

Stone is now facing charges of obstruction, witness tampering, and providing false statements related to communications he made regarding WikiLeaks. He claims he did nothing wrong, and any false statements he may have made were due to memory lapses, not an intent to deceive.