NYC Judge Begrudgingly Tosses Murder Charges Against Woman Who Killed Husband, Blaming Only the DA’s ‘Unwillingness to Proceed’ with Prosecution 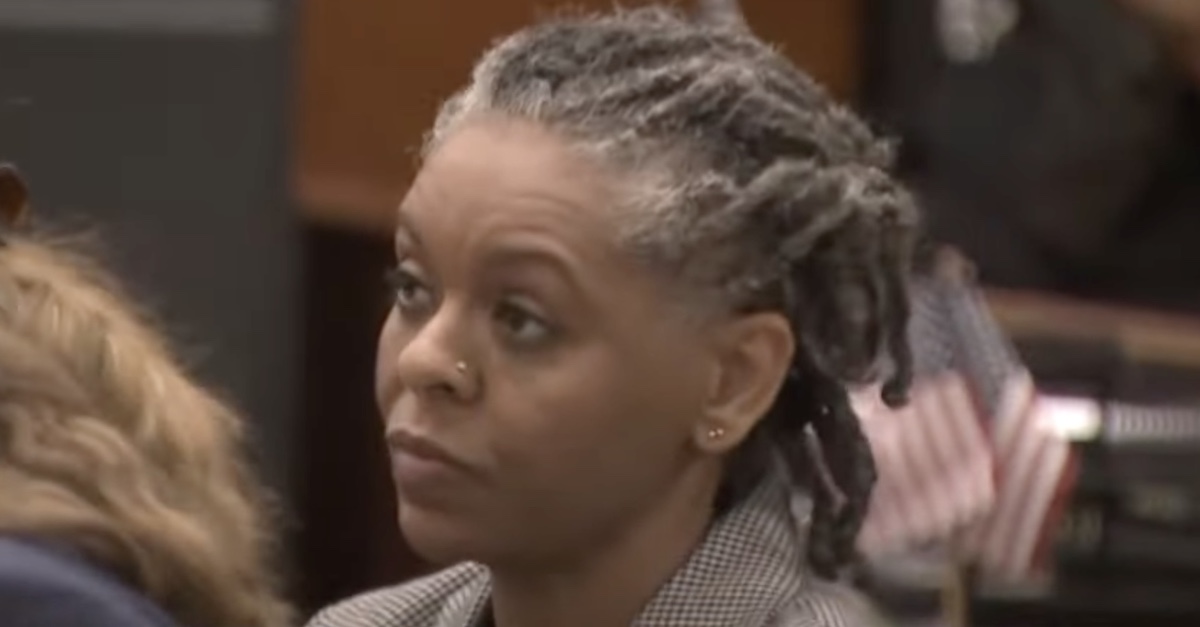 A judge in New York City tossed murder charges against a nurse who claimed that she acted in self-defense when she fatally stabbed her estranged husband inside of her Upper West Side apartment more than two years ago.

Supreme Court Judge Diane J. Kiesel begrudgingly dismissed the state’s case against Tracy McCarter, but not before lambasting the district attorney for declining to prosecute the controversial case against her, in an opinion that took direct aim at the city’s top prosecutor.

The dismissal came less than a month after Manhattan District Attorney Alvin L. Bragg (D) penned a letter to the court indicating that his office would be unable to convict McCarter on second-degree murder. Bragg’s official position also came amid public pressure to follow through on comments he’d made prior to his election in 2021 in which he claimed that “prosecuting a domestic violence survivor who acted in self-defense is unjust.”

Judge Kiesel appeared to suggest that the DA’s decision was ultimately one based on political pressure as opposed to a thorough review of the facts surrounding the case. She wrote that the case had “reached the point wheret he public could perceive this dismissal as bought and paid for with campaign contributions and political capital.”

Authorities arrested McCarter after she allegedly admitted to stabbing her husband, 48-year-old James Murray, one time in the chest, killing him. The case became a cause célèbre as McCarter accused Murray of being a serial abuser and said she stabbed him in self-defense.

According to a report on McCarter from Gothamist in September 2020, the couple separated in July 2019. McCarter reportedly told the outlet that Murray — an alleged alcoholic who had reportedly been in and out of rehab at least five times — would regularly hit, kick, and strangle her.

She claimed that Murray on March 2, 2020 rang her buzzer and demanded she let him in, she said. He allegedly demanded more money for alcohol, and he attacked her. During the ensuing struggle, McCarter fatally stabbed Murray.

But in her 11-page ruling, Judge Kiesel wrote that “sufficient questions of fact surround this case, crying out for the opportunity to be answered at a trial.” However, she further explained that her hands were tied because she did not have the legal authority to demand that the DA prosecute the case.

“The law that gives the Court power, in the end, leaves it powerless. The Court finds no compelling reason to dismiss the indictment, but for the District Attorney’s unwillingness to proceed,” she wrote in the opinion. “It is not in the interest of justice for the Court to engage in a futile and unseemly stand off with the District Attorney that would waste precious court resources , interfere with other important cases that must be prosecuted in this post-COVID backlog, and cause needless anxiety for the defendant and for the family of the deceased. Ultimately, it would hold the Court system up to ridicule and scorn, a result that must be avoided.”

“I am innocent. And I am devastated that on March 2, 2020, a man whom I loved lost his life,” McCarter said in a statement. “We were both the victims of the cruel disease of alcoholism. Dismissing the unjust charge against me can’t give back what I’ve lost, but I am relieved that this nightmare will finally be over, and I am determined to thrive once again.”

“We are incredibly proud to represent Tracy McCarter, who has fought her case for two and a half years to get to the only just outcome—dismissal,” the statement read. “And we are extremely grateful to the community and advocacy groups that fought for Tracy until the end.”

However, in noting that the dismissal of the case was “not a dismissal on the merits,” Judge Kiesel said the DA’s Office could still bring lesser charges of manslaughter. She stayed the sealing of the case for 60 days to “give the District Attorney the opportunity to exercise those options.”

“Should the prosecution of this criminal transaction end with this written decision, it will be the District Attorney’s choice, and not the result of any dilemma caused by this Court,” she wrote.