Not So Fast, Why Palin Could Win on Appeal Against The New York Times | Law & Crime
Opinion

Not So Fast, Why Palin Could Win on Appeal Against The New York Times 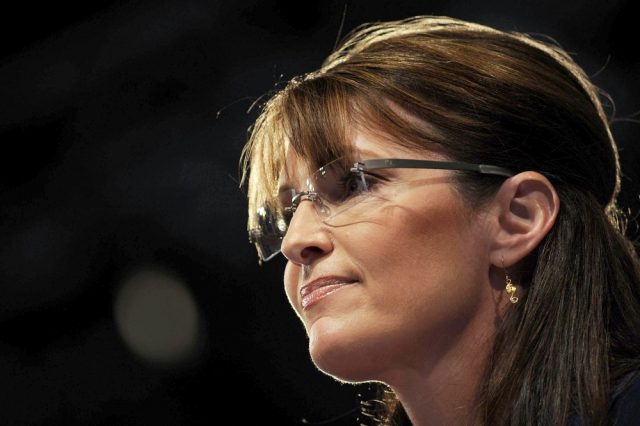 Two reasons Palin may win on appeal. First, the Judge appears to contradict himself on a critical issue of law. Second, the Judge appears to engage in weighing the evidence, rather than interpreting the evidence in every means favorable to Palin, often denying her the benefit of the doubt while repeatedly extending it to The New York Times, the behemoth newspaper who could do a lot more damage to a judge’s reputation than public figure Palin. (Fair, or unfair, more than a few counsel believe the New York Times enjoys an unfair advantage in its backyard because of its power to publicize adverse information about the judges in its backyard. The courts protect the press taking on the powerful, but: Who really is the “powerful”: Palin or the Times?)

The Judge, a rightly well respected intellectual jurist with a pragmatic streak, gets several big items correct: some legal commentators and Times’ defenders thought a slightly vague opinion statement about someone else’s intent and mental state was sufficiently a statement of “opinion” immune from defamation liability. The Judge corrects that quickly and conclusively: the statements made by the Times were statements that a jury could factually find false, and are subject to defamation liability, regardless of their relative vagueness, their comments on another’s state of mind, and their statements constituting opinion statements in an editorial.

After beating the Times on two of their three defenses, the Judge then dismisses on grounds the complaint insufficiently alleged actual malice by the Times. The two possible errors in this decision of dismissal derive from the Judge’s inconsistent application of the actual malice standard and the apparent favoring of the Times at this pleading stage of the case.

First, throughout the Judge’s opinion, the Judge recognizes that “actual malice” can be proven merely by “reckless disregard” of the facts. Yet, in the critical analytical section of the opinion, the court appears to contradict this. This would be legal error, reversible on appeal. The key paragraph states as follows:

“Reckless disregard can be established by evidence of an intent to avoid the truth, evidence that the defendant entertained serious doubts as to the truth of his publication, or evidence that the defendant acted with a high degree of awareness of a statement’s probable falsity. But even then, a defamation complaint by a public figure must allege sufficient particularized facts to support a claim of actual malice by clear and convincing evidence, or the complaint must be dismissed.”

The second defect is a common misapplication of the Supreme Court’s Iqbal case, which recommended courts look closer at complaints that require particularized factual showings in the complaint for the complaint to survive dismissal at the pleading stage of the case. More than a few judges misread that to mean weighing the evidence at that stage, rather than interpreting the evidence in a manner most favorable to the plaintiff. The judge here appears to repeat that error by interpreting inferences in the Times’ favor rather than Palin’s favor as to the intent of the Times.

1. The factual claims against Palin were patently and provably false;

3. Both the editorialist and the publication had a notorious anti-Palin bias;

4. The editorialist’ prior occupational and professional position gave him review and access to stories that refuted the claims made in the editorial against Palin;

5. The Times itself had previously published articles refuting the claims in the editorial.

Assuming all facts and reasonable inferences in Palin’s favor, isn’t that evidence of “reckless disregard”? The judge admitted the law provided that any evidence showing an “intent to avoid the truth,” any evidence that showed conduct consistent with a “high degree of awareness of falsity,” and any evidence of conduct that revealed “serious doubts” as to the truth of the statements were evidence for the jury to consider of “reckless disregard.” Yet, despite citing those standards, the judge then fails to apply those standards throughout the analytical section justifying the dismissal of Palin’s claim. Is it because the Judge thought reckless disregard was insufficient to show actual malice?

The Judge then heavily weighs the Times’ evidence in its favor at this pleading stage of the case, giving special credence to the short time afforded the editorial and the quick corrections issued. More than a half-dozen different times, the Judge returns to the recurrent theme of: hey, the Times corrected its error. (This is a reminder that corrections go a long away with Judges in their perception of defamation by publication cases.) But this feels like weighing the evidence in the Times’ favor, a jury task, not a judge task at the pleading stage. This especially shows up when the Judge is trying to use one piece of evidence — a hyperlink in the first draft of the editorial that actually showed the falsity of the ultimately published editorial — to acquit the Times. The judge claims the hyperlink proves the Times didn’t act with reckless disregard, because it showed the Times’ editorial was false from the inception of the first draft. Just re-read that last sentence and you see the weakness in the Judge’s ruling on appeal.

Palin already won part of this case, as the Times’ defense embarrassed its reputation for credibility and integrity in its editorial department. The Times’ defense was: hey, we delegate our editorials to outside random writers, too lazy to even read a hyperlink in the draft editorial we send them, too lazy to even cross-check our own prior articles, and too lazy to even do a simple google search or read the articles in publications the editorialist themselves were a part of. Their admissions in defense to the Palin case are as indicting as the allegations in Palin’s complaint. Maybe the Times should rethink scrapping that public editor position.

In the end, the Times recent unbeaten record in court is as long and durable as Mayweather’s, and Palin’s McGregor-style long-shot single-punch didn’t take the Times out. But the clock has not yet run out, and all the refs are yet to rule. Hopefully, the courts won’t call it too quickly, as Palin still has a puncher’s shot at a legal victory.