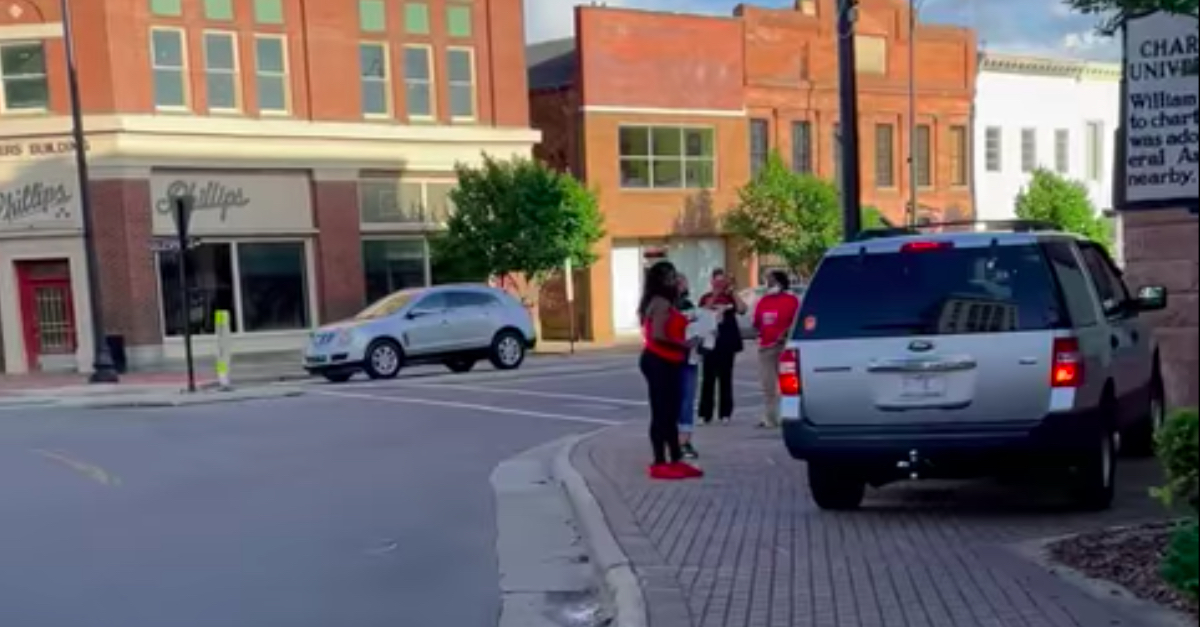 The SUV, alleged to have been driven by Judge John Tyson, after nearly hitting protesters and running onto the sidewalk.

A state appellate court judge in North Carolina is allegedly under investigation after two community activists said they had to jump out of the way of his SUV to avoid being run over during a Black Lives Matter demonstration, The Fayetteville Observer reported Thursday evening.

According to the report, several witnesses at the scene on May 7 identified Judge John M. Tyson of the North Carolina Court of Appeals as the driver of the vehicle that nearly hit two protesters who were in the street at approximately 6:30 p.m. during last week’s demonstration near the Market House in downtown Fayetteville.

Community activist Myah Warren, who was holding a “Black Lives Matter” sign, told the Observer that she and another protester had to dive out of the path of the vehicle or they would have been struck, saying she thought she was “within three seconds of being hit.”

“Out of nowhere comes this SUV,” she told the outlet, adding, “I had to jump back.”

After the near-collision, the SUV ran up over the curb and onto the sidewalk where several people started filming and posted the videos to the Fayetteville Activist Movement’s Facebook page. Photographs provided to the outlet showed that the license plate of the SUV, which is obscured in the video, read “Court of Appeals.” 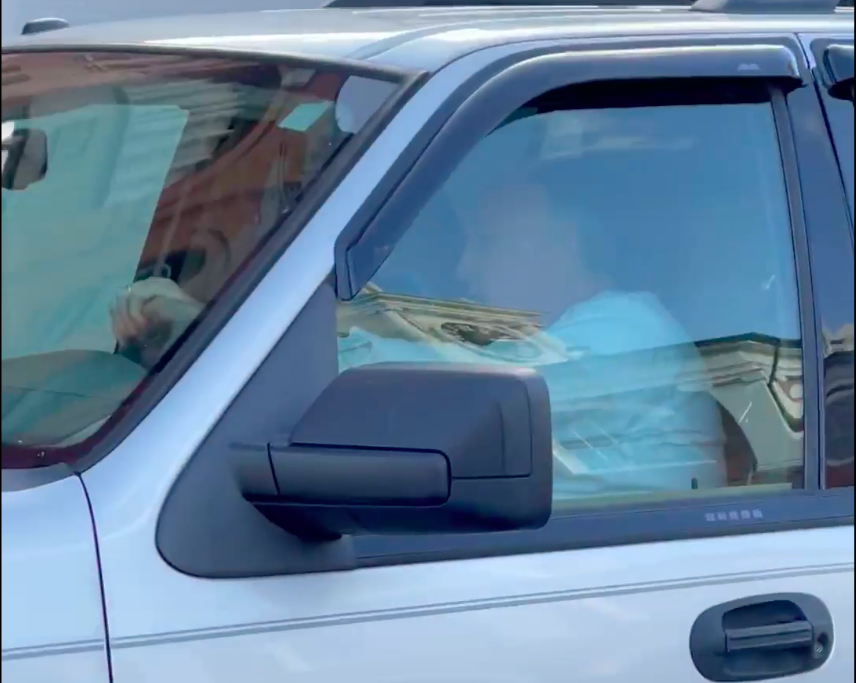 The driver of the vehicle that allegedly tried to hit protesters, via Facebook screenshot.

Witnesses also told the Observer that the SUV believed to have been driven by Tyson had made at least one complete loop around the Market Place roundabout and only veered towards protesters on the second lap around.

Warren also said she was in the inner lane of the Market House roundabout at the time of the incident, an area that Police Chief Gina Hawkins had reportedly told them was not open to vehicles. But Warren and another protester, Mario Benavente, said the first responding officer on the scene told the demonstrators that the inner lane, which is surrounded by a solid yellow line, was opened to traffic.

Sgt. Jeremy Glass, a Fayetteville Police Department spokesman, later confirmed to the paper that the inner lane was not opened to vehicular traffic. He also said that a complaint had been filed about an SUV almost hitting pedestrians and confirmed that the case had been assigned to an aggravated assault detective. He would not confirm whether the probe involved Judge Tyson.

Warren said she tried to file charges against Tyson but was told that she couldn’t because the incident was already being investigated by police. She was interviewed by detectives on Monday.

Reached for comment by the Observer, Judge Tyson initially said he didn’t want to comment on the incident but proceeded to talk to the outlet anyway.

Documents obtained by the Observer show that a call came in at approximately 6:30 p.m. last Friday from a caller reporting reckless activity concerning protesters in the road.

Tyson this week admitted to making the call, telling the Observer, “They were in the roadway. I pulled in front of my building and made the call.”

Tyson last year cited the Bible in a dissent from a ruling that allowed for the removal of Confederate statues by the City of Winston-Salem and voted in favor of overturning the murder conviction of a white man serving a life sentence in the murder of a Black man, reasoning that prosecutors were “wholly gratuitous and inflammatory” in suggesting the killing was racially motivated.