Arizona Couple Made Up Story About Kidnapped 18-Month-Old Girl to Get Their Stolen Truck Back: Police 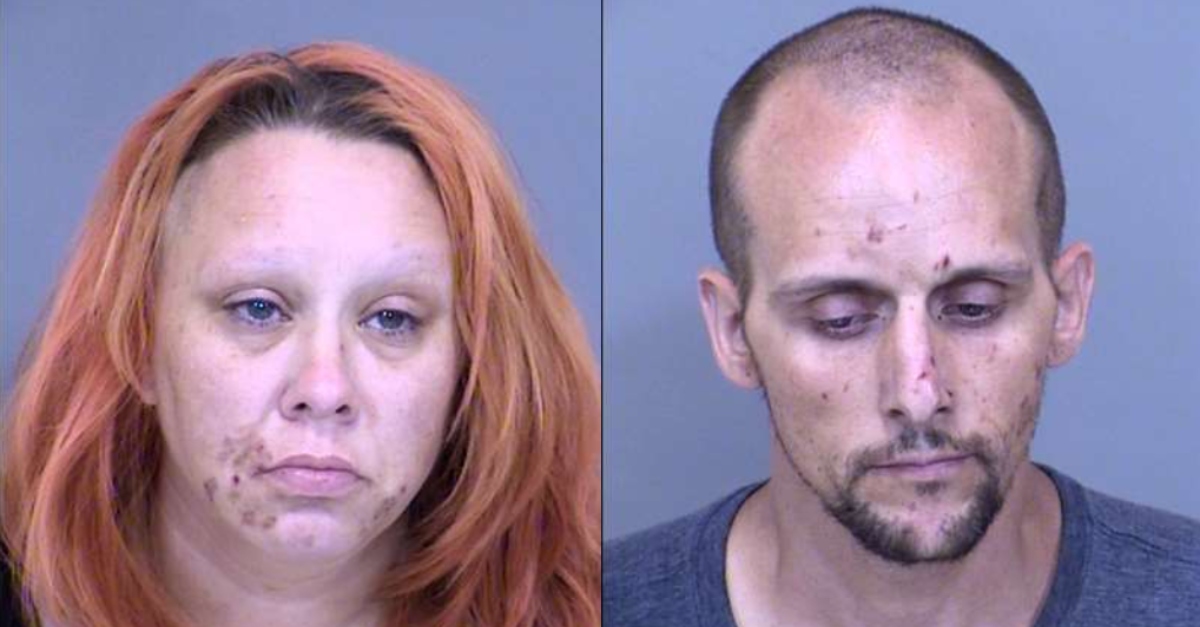 An Arizona couple made up a story about a kidnapped 18-month-old baby just to get back their stolen vehicle sooner, say police. This wasted law enforcement resources and time, officials said. Stormee Wagner, 40, and James Wagner, 37, were identified Thursday.

This story began to surface when police put out an advisory for a missing child and stolen green pickup truck. They issued a tweet featuring a man and a woman (not the defendants), and the vehicle.

“An 18-month-old child was taken and these are our suspects. Last seen in a green pickup truck (Arizona license plate #CHC3292) in the area of 3rd Ave/ Indian School,” cops said. “If you see the vehicle or recognize the suspects, CALL 911.”

In the end, the story about the missing baby was made up, but there was a vehicle, cops said. The “caregiving couple” made up the story of a kidnapping, officers said in an update.

“The couple wanted quicker police response to get their vehicle back from the suspects who took their truck without their permission,” police said. “The resources used during this investigation worked tirelessly to find the alleged kidnapped baby. A police helicopter was also used during the search. With the facts as we now know them, the suspects will now be arrested and booked for false reporting to law enforcement.”

Stormee and James Wagner made up the baby, Phoenix police spokeswoman Sgt. Mercedes Fortune told Law&Crime in an email. They identified themselves as “caregivers/babysitters” for the child, she wrote.

“They originally reported it was a baby girl, 18 months old and went by the name of ‘Wendy,'” she wrote.

The “other two suspects” pictured in the search for the missing truck were not booked, police said in a statement obtained by Law&Crime. The investigation is ongoing. It is unclear if the Wagners have attorneys in this matter.