What happens if North Carolina is tied? | Law & Crime

North Carolina Is Ripe for a Recount 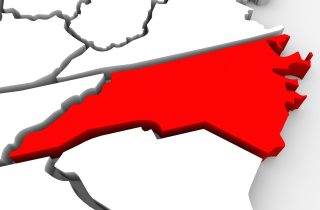 North Carolina is a critical battleground state in this presidential race, and it has one of the looser recount laws. Under North Carolina state law, there are both “discretionary recounts” and “mandatory recounts,” which means that the Trump and Clinton camps could be arguing about the outcome there for some time to come. In North Carolina, the County or State Board of Elections is permitted in its discretion, to order its own recount “when necessary to complete the canvass in an election,” so long as that recount hadn’t already been denied to another person requesting one. That would mean that North Carolina could decide independently to recount tonight’s votes.

In addition to the state’s own discretionary recount, North Carolina law mandates a recount at the request of a candidate in the event that the race is split by 1% or less of the votes cast.  That’s much more liberal than the rules in some states, such as Florida, which require the candidates to be separated by a narrower .5% margin.  To trigger such a mandatory recount in North Carolina, the candidate requesting it must do so in writing by 5:00pm on the day following the election.

Right now, Trump and Clinton are listed by most media sources as being separated by a margin of 1% or less, so stay tuned, and we’ll keep you updated on the recount possibilities.