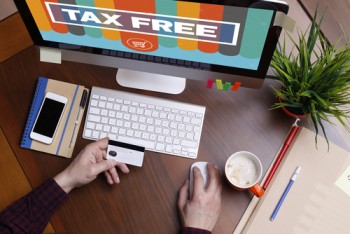 According to a report in PC World, the South Dakota law was passed with the express intent that serve as a test case to challenge the Supreme Court 1992 decision in Quill v. North Dakota where the majority ruled that it is a violation of the Commerce Clause for a state to require a company to collect that state’s sales tax unless the company has a physical presence in the state.  In the ruling, the Court reiterated that the U.S. Congress has the sole power to regulate interstate commerce.  Thus, Congress could have addressed this issue by now, however, in the nearly 25-years sine the Quill decision, Congress has failed to reach an agreement on such a law.

If the new law survives legal challenges in the courts, it could change the face of online commerce in the United States by bringing an end to the days no sales tax on most online purchases from out-of-state retailers.

This is exactly what critics fear, according to the PC World report:

Unless courts overturn the South Dakota law, it will embolden other states to pass similar Internet sales tax rules, critics said. The law could “set the course for enormous tax and administrative burdens on businesses across the country,” Steve DelBianco, executive director of e-commerce trade group NetChoice, said in a statement.

If dozens of states adopt Internet sales taxes, online sellers could face audits and changing tax rules in thousands of taxing jurisdictions nationwide. Even with software that could make tax calculations easier, that would be a burden, NetChoice says. And online shoppers could end up paying up to 10 percent more for many products.

The main co-sponsor of the bill, South Dakota Republican State Senator Deb Peters, disagrees with the criticism, telling PC World it is necessary to “‘level the playing field’ for bricks and mortar retailers that are required to collect sales taxes.”

Peters also reportedly said the reasoning underlying the Quill decision is outdated and is hopeful the Supreme Court will take up the South Dakota law in the near future.

She may very well soon get her wish.

NetChoice, along with the American Catalog Mailers Association, have already filed a lawsuit to challenge the legislation, arguing it is unconstitutional pursuant to the Quill decision.

In addition to the NetChoice legal challenge, the matter may also get to the Supreme Court through a lawsuit filed by South Dakota against four online sellers, including Overstock.com and Newegg.  That lawsuit seeks to force the retailers to register with the state and start collecting sales tax for purchases made by customers in South Dakota.