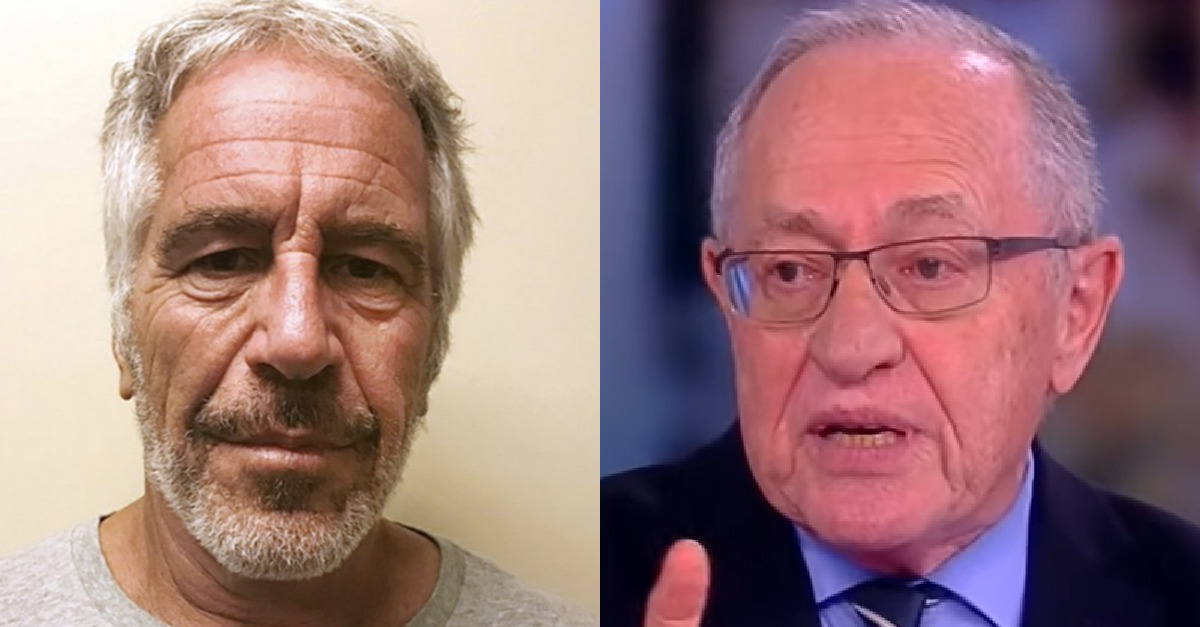 Intrepid journalist Julie K. Brown and her employer The Miami Herald filed a letter motion on Friday demanding accountability and transparency from a federal court in an ongoing legal battle pitting accusers of Jeffrey Epstein (and others formerly in his orbit) against the dead pedophile’s former lawyer and friend Alan Dershowitz.

Per the Southern District of New York (SDNY), those materials and filings include “deposition transcripts which will undoubtedly disclose names and information about numerous of the Does whose names have heretofore been redacted” in recently released Epstein documents and are likely to encompass “all deponents, subpoena recipients, and affiants” in the original defamation lawsuit.

In a word, giving Dershowitz access to sensitive and controversial information that has serially been kept secret from the public would be unprecedented under the circumstances here.

The SDNY has long-maintained a highly restrictive protective order shielding the names of both Epstein victims and the presumed participants in his alleged sex-trafficking empire for global elites.

Preska noted her own concerns with giving all of the information away to Dershowitz:

The Court is concerned that such disclosure, even under a protective order, will (1) undermine the careful unsealing process agreed to by the parties in Maxwell, and (2) infringe on the privacy or other countervailing interests against disclosure of the Does without their having notice and an opportunity to be heard. Accordingly, by posting this order both in [the original defamation case and a later defamation case between Dershowitz and Giuffre], the Court invites the Does to comment on the proposed disclosure.

Brown and the Herald maintain that those objections–at least in some form–should be made part of the still scant public record.

“The Court invited any Doe who wishes to be heard on potential disclosure to Mr. Dershowitz to submit his or her objections or other comments directly to the Court via email, for the Court’s in camera review,” their brief motion reads. “The Court noted it will ‘at the least, inform the parties generally of the nature of any comments received.’ [Brown and the Herald] respectfully request that the nature and quantity of comments received be reflected on the public docket, at well.”

Any interested parties who object to Dershowitz knowing their names and the details of their involvement with Epstein will have until August 18 to submit their objections to the SDNY.

One John Doe has been particularly active in the fight over the high-powered attorney gaining access to those files–previously filing a lengthy legal memorandum explaining why Dershowitz should not be allowed carte blanche access to the documents.

“[T]he wholesale importation of thousands of documents from Maxwell to Dershowitz – and the concomitant unsealing challenges they carry with them – would not foster judicial economy or efficient discovery,” Doe’s attorneys Nicholas Lewin and Paul Krieger argued in late June. “Indeed, Dershowitz’s approach would have the opposite effect: it would unnecessarily replicate, en masse, the unsealing challenges the Court, parties and non-parties face in this case.”

The court singled out that non-party’s attorneys and asked for, essentially, a reiteration of their client’s fulsome opposition.

Preska’s order “specifically requests comment from counsel for John Doe who has appeared” in the original defamation case.

According to an appendix attached to Preska’s order, those documents are likely to include any and all information about Prince Andrew, Jean-Luc Brunel, Glenn Dubin, Stephen Kaufmann, Marvin Minsky, George Mitchell, Thomas Pritzker, Bill Richardson, and Leslie Wexner. Additionally, Dershowitz is seeking “[a]ll flight logs from Epstein’s planes” and [a]ll police reports concerning Giuffre,” among other documents.

Preska’s full order is available below:

[image via mugshot; and screengrab/The View]