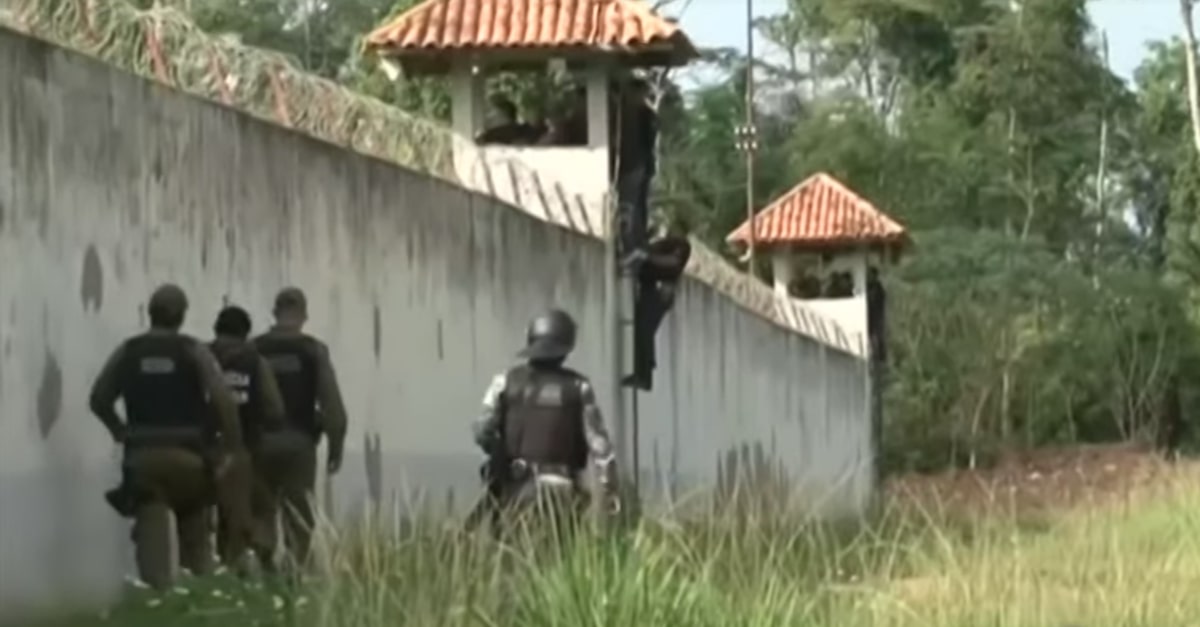 According to Brazilian authorities, 57 prisoners died during a prison riot at Altamira Prison on Monday. Sixteen of the 57 prisoners were reportedly decapitated. The violence started when one gang “stormed” another’s prison block, attacking the rival gang. The agitators then set a portion of the prison on fire. As a result, 36 prisoners suffocated from the fumes.

Gang members also managed to take two prison officers hostage, but have since set them free. Some of the chaos was caught on video.

According to CNN, prison authorities claimed that the deaths were a result of violent clashes between two rival factions within the drug gang Family of the North: Comando Classe A and Comando Vermelho. They were reportedly battling over control of various smuggling routes across the country.

“It was a targeted attack. The aim was to show that it was a settling of accounts between the two groups, not a protest or rebellion against the prison system,” state prisons chief Jarbas Vasconcelos said.

According to Vasconcelos, the gangs only used makeshift knives during the riot and no firearms were found. He also said that police forces would have been able to enter the prison faster, but were prevented by the fire. Authorities are reportedly still searching the prison grounds and expect to find more casualties by the time they finish.

As of now, prison officials are trying to determine which gang leaders ordered these attacks. Once found out, these prisoners will be isolated in federal penitentiaries to prevent future violence.

These attacks follow a bloody May, during which there were riots across four prisons in the city of Manaus. Those riots left 55 dead. As a result of the bloodshed, many are calling for a reform of the Brazilian prison system.

According to a July 2019 report, Altamira Prison has a maximum capacity of 163, but before today’s violence had 343 detainees. Aside from the abysmal living conditions for prisoners, this also puts considerable strain on the vastly outnumbered guards. ABC News reported that prison authorities had no idea that this riot was coming and were ill-prepared to deal with it when it occurred.