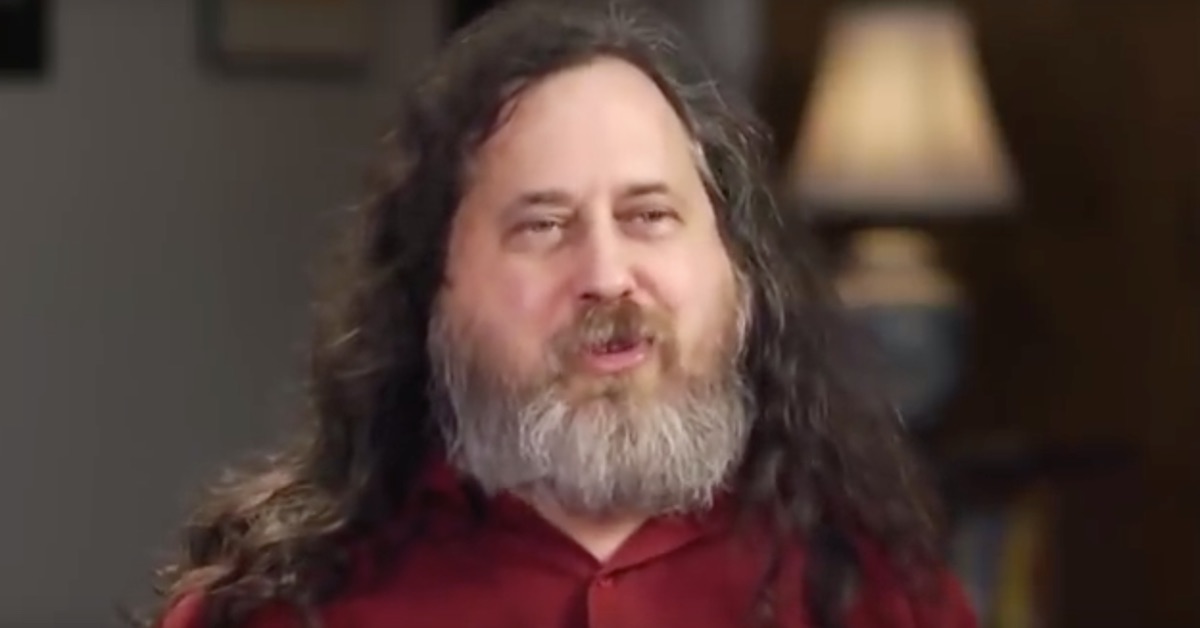 The implosion at the Massachusetts Institute of Technology (MIT) continues. MIT computer scientist Richard Stallman announced via email that he was resigning from his post on Monday, citing “pressure on MIT and me over a series of misunderstandings and mischaracterizations.”

The controversy began last week when Stallman, a Visiting Scientist, defended artificial intelligence pioneer Marvin Minsky against accusations that he raped and/or sexually assaulted Virginia (Roberts) Giuffre. Giuffre has claimed that deceased pedophile Jeffrey Epstein forced her, a minor, to have sex with powerful men, whether Minsky, Prince Andrew, and others.

As Law&Crime reported before, Stallman’s email defense of Minsky was leaked to VICE. Among the remarks was a line in which Stallman said that the “most plausible scenario is that [Giuffre] presented herself to [Minsky] as entirely willing”:

The word ‘assaulting’ presumes that he applied force or violence, in some unspecified way, but the article itself says no such thing. Only that they had sex. We can imagine many scenarios, but the most plausible scenario is that she presented herself to him as entirely willing. Assuming she was being coerced by Epstein, he would have had every reason to tell her to conceal that from most of his associates.

In another part of email thread, Stallman said, “All I know she said about Minsky is that Epstein directed her to have sex with Minsky. That does not say whether Minsky knew that she was coerced. It does not report what each said and did during their sexual encounter. We can imagine various scenarios.”

“We know that Giuffre was being coerced into sex — by Epstein. She was being harmed. But the details do affect whether, and to what extent, Minsky was responsible for that,” he added.

Stallman was brief when announcing his resignation. He did not deny the words on the email thread in question were his, but he did say his words were misunderstood and mischaracterized.

To the MIT community,

I am resigning effective immediately from my position in CSAIL at MIT. I am doing this due to pressure on MIT and me over a series of misunderstandings and mischaracterizations.

Editor’s note: this article was corrected post-publication to note that Stallman was not a professor, but a Visiting Scientist at MIT.